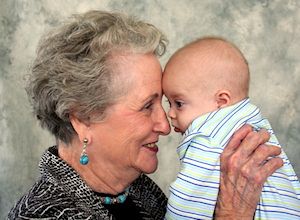 Switzerland is a euthanasia advocate’s dream country — and a nightmare for anyone who values life. Switzerland started its path to euthanasia the way most countries do: it was originally legalized for the terminally ill only. As we’ve seen in every single country euthanasia has been legalized in, this did not last.

Now, Switzerland is a euthanasia free-for-all, with anyone being able to choose to kill themselves at any time, for any reason. And not only can anyone choose to undergo assisted suicide, there is no regulation whatsoever for assisted suicide clinics. Despite persistent allegations of abuse and fraud, as well as notorious euthanasia clinic Dignitas making millions off of death tourism by allowing foreigners to kill themselves there, there has been no legislation enacted to get any measure of control over the clinics. There aren’t even any requirements for training of assisted suicide assistants. But hey, if they’re going to die anyway, it doesn’t much matter, right? It’s entirely up to the clinics to regulate themselves.

Now, one euthanasia clinic has decided to allow healthy elderly people to make use of their “services”, drawing the condemnation of the Swiss Medial Association. The Guardian reported that:

Exit added “suicide due to old age” to their statutes at an annual general meeting held over the weekend, allowing people suffering from psychological or physical problems associated with old age the choice to end their life.

… “Our members told us to get active on this subject. It was ripe for a decision,” Exit’s vice-president, Bernhard Sutter, said.

“Assisted suicide is a lengthy process. Doctors must take tests and talk to patients for hours asking them to justify their motivations. Old patients feel they do not have the energy for all of this and it is also not so dignified.”

The organisation confirmed that elderly people seeking their services would still have to go through comprehensive checks – but that medical tests would be less stringent than those required for younger people.

So they’ll make extra sure that young people truly want to die and aren’t being, perhaps, pressured or coerced into making the decision to undergo assisted suicide. But an elderly person? Well, everyone knows that their lives just aren’t as valuable, so they can skip some of those pesky checks and balances. It’s not dignified.

On their website, Exit euphemistically states that they support people’s “right to exercise self-determination.” Saying that they’ll help you off yourself just doesn’t sound quite as pretty, does it? Laughably, their frequently-asked-questions also states that physician-assisted suicide is actually a form of suicide prevention. Sure, they help prevent suicide… right up until a suicidal person walks through their doors, at which point they will happily indulge their suicidal thoughts rather than get them the help they desperately need. It says a lot about the mindset of these people that they can simultaneously carry out assisted suicide, while also claiming that they prevent suicide.

And let’s not forget that Dignitas — arguably, their competition — is already more than willing to euthanize perfectly healthy elderly people for trivial reasons like losing their looks. Could this move have more to do with keeping up with Dignitas and not so much honoring the “dignity” of the elderly?

Euthanasia clinics speak loftily about how they’re merely helping people, but let’s not forget that they’re getting rich by killing people. It’s big money, engineering the deaths of the suicidal. Ethics and honoring the inherent humanity that we all possess only gets in the way.