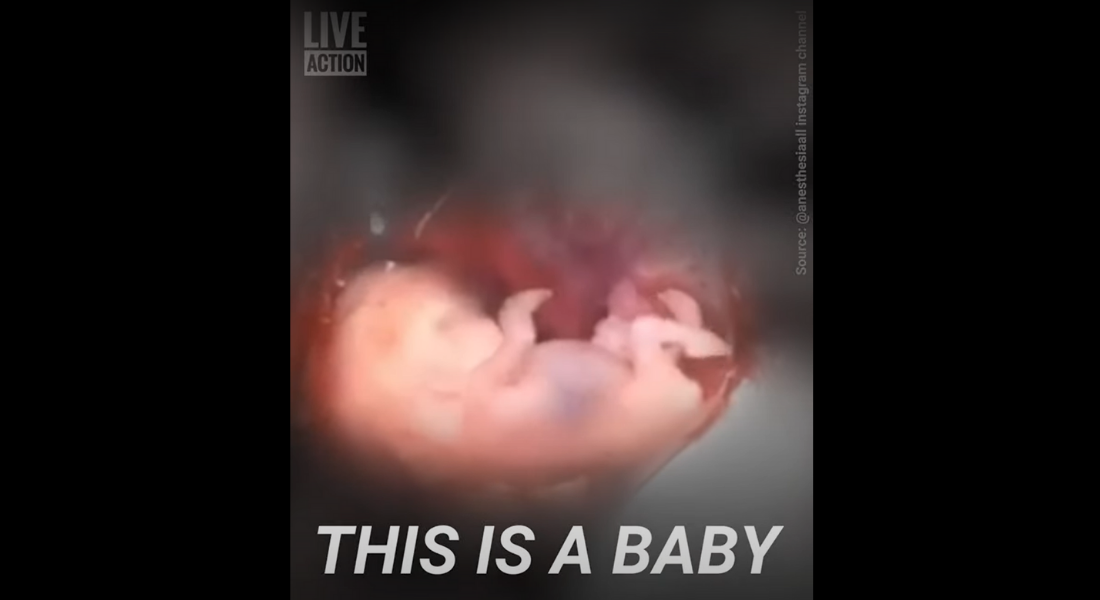 The abortion industry has embraced the abortion pill as its next frontier, despite numerous adverse effects on women, including 24 known deaths and at least 4,000 women who reported suffering hemorrhaging, excruciating abdominal pain, and severe life-threatening infections. And as more and more women have taken the abortion pill under the auspices of it being less invasive and more ‘natural,’ nearly four million preborn children have been killed by the drug, most before 10 weeks gestation.

In some cases, a woman is told her child is nothing more than a clump of cells, only to be shocked when she expels her baby’s body and sees for herself how obviously human he or she was. The latest video in Live Action’s “Abortion Pill Kills” exposé uses the science of fetal development to make it clear that these are human lives being taken:

The moment of conception, when life officially begins, is when sperm from the father unites with an egg from the mother. At this exact second, the preborn child is already alive, with his or her own unique DNA, completely different from his or her mother’s. Numerous traits, such as gender, ethnicity, eye color, and hair color, have already been determined.

The preborn child starts as a single-celled organism, but those cells quickly begin multiplying and growing, forming what is known as a blastocyst. One week after fertilization, the blastocyst implants into the mother’s uterine wall (endometrium). A week later, or two weeks after fertilization, the blastocyst forms into two parts: the epiblast, which will become the embryo, and the endoderm, which will eventually form the amniotic sac that the preborn baby lives in during pregnancy.

The preborn baby develops rapidly, with a heartbeat that begins beating between 16 and 21 days after fertilization. By four weeks, the buds which will become the baby’s arms and legs are formed. At five weeks, the eyes begin to develop, along with the stomach and the liver. By six weeks, the preborn baby has paddle-like hands and feet, and brain waves can be detected.

At seven weeks gestation, the preborn baby’s bones begin to grow, and all four chambers of the heart have formed. The baby’s eyelids start to cover the eyes at eight weeks, along with 90% of all bodily structures present in adults. By nine weeks, hair follicles are forming all over the baby’s body, as well as fingernails and toenails.

At 10 weeks, the last week the FDA allows preborn children to be aborted using the abortion pill, the baby can swallow, scratch his head, and form fists. Despite the FDA’s limit, Planned Parenthood admits to prescribing the pill up to 11 weeks, which makes the chances of the pill’s failure twice as high.

Live Action is urging FDA commissioner Stephen Hahn to pull the abortion pill from the United States market, to stop the illegal trafficking of black market abortion pills into the U.S., and to fight back against the push to ‘de-medicalize‘ the abortion pill. Sign the petition today, and help protect the most innocent and vulnerable human beings among us.