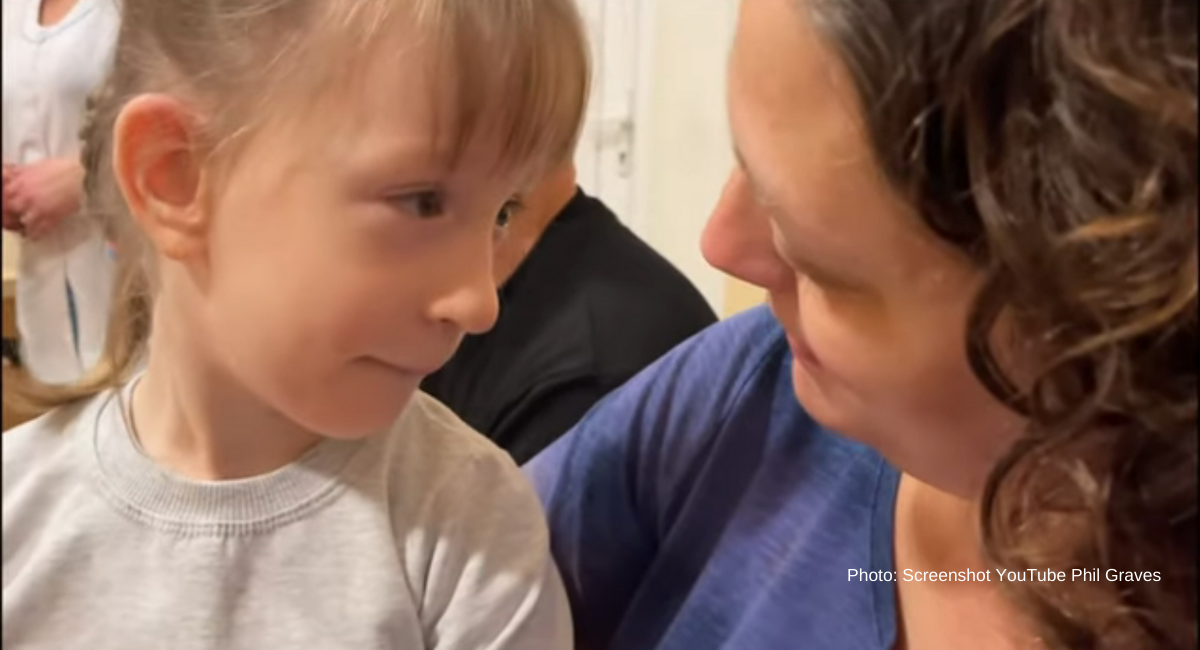 The story of Bridget, a Ukrainian girl abandoned by her American parents due to her disabilities, has made international headlines. Thankfully, the heartbreaking story has ended happily, as Bridget has now been adopted by a second American couple and is safe in the United States.

In 2019, Live Action News reported the tragic details of Bridget’s conception, birth, and life. Bridget Irmgard Pagan-Etnyre had been living in Zaporizhzhya in the Sonechko Children’s Home for much of her life after her American parents abandoned her at birth. “She was born prematurely at 25 weeks and weighed just over 800 grams. It was only in March this year she was moved to the Sonechko Children’s Home,” Reporter Samantha Hawley wrote for the Australian Broadcasting Corporation (ABC). “Bridget is now three years old and has a range of disabilities.”

Matthew Scott Etnyre and Irmgard Pagan had arranged for a Ukrainian surrogate to carry twins. The other twin died at birth; presumably, Bridget was abandoned because she was born prematurely and with serious disabilities. “You can’t judge a child as soon as it’s born — ‘We don’t like this child, we wanted you to have a Hollywood smile upon birth,’” Marina Boyko, the nurse who cared for Bridget her entire life, told Hawley. “I would say to them that they have an amazing daughter.”

Child support documents show that the couple tried to have Bridget removed from life support at five months old; later, they sent letters giving permission for Bridget to be placed for adoption. But Bridget was left stateless, as she wasn’t a Ukrainian citizen and Etnyre and Pagan never filed any paperwork for her to become an American citizen. They also did nothing to provide for her financially or otherwise.

Etnyre and Pagan took no action to help Bridget, but they did file lawsuits against ABC, claiming defamation of character. They lost the case and were ordered to pay ABC’s legal fees. Albert Totchilovski, head of BioTexCom, told Der Spiegel that after abandoning Bridget, the couple asked him to arrange surrogacy for another child, which he refused. Maria Telyupa, Bridget’s surrogate mother, cared for Bridget for the first five months of her life. Telyupa begged her husband to allow her to apply for legal guardianship of Bridget, but he refused. Telyupa and Bridget then were given just one night to say goodbye to each other before being separated forever.

But this April, Bridget’s story began taking a more positive turn: an American couple had applied to adopt Bridget, in the midst of Russia’s war against Ukraine. During video calls, their conversations would be interrupted without warning, as Boyko and Bridget would have to take shelter inside the cellar during bombings.

Philip and Kristie Graves, who found Bridget on Reece’s Rainbow, have three biological children and another adopted child — Elliana, who also lives with disabilities. After finding Bridget, they connected with Boyko and began the process of adopting her. But there was an element of urgency: if Russia’s invasion was successful, then Russian laws would apply — and Americans cannot adopt Russian children.

But now, finally, Bridget is home. The Graveses had to go to Ukraine in person; they flew out on April 26 and returned home with Bridget. Even more heartwarming is the Graveses’ relationship with Telyupa, who plans to seek refuge from the war in New York City. Telyupa and the Graveses have been in contact, and Telyupa agreed without hesitation when asked if she wanted to be a part of Bridget’s life.

“Now, I feel like it’s Christmas morning,” Philip said. “And all that frustration and anticipation was worth it.”