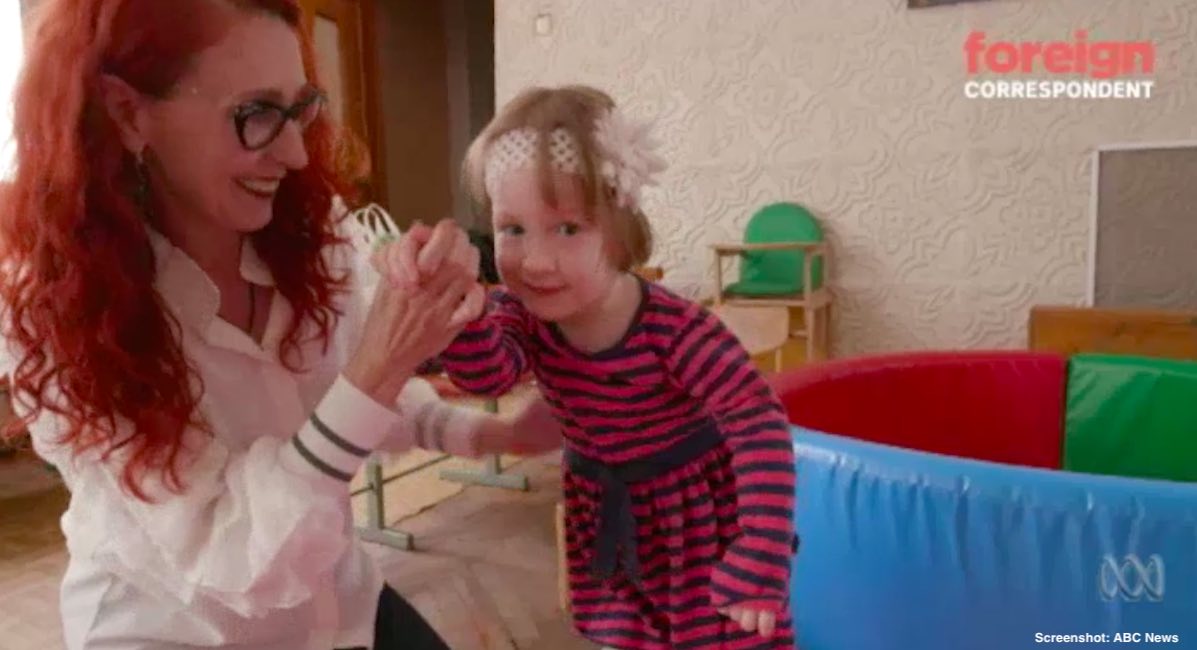 The ethical problems with surrogacy are beginning to become more and more well-known, as surrogates are pressured to have abortions, or find the biological parents no longer want the baby, leaving the surrogate in a lurch. The latter situation most notoriously happened in Thailand with Baby Gammy, born to a Thai woman who had entered a surrogate agreement with an Australian couple. When Gammy was discovered to have Down syndrome, the Australian couple took Gammy’s twin home, but left Gammy behind. The case sparked international outrage, but it was hardly the first — or the last. Another similar situation has now happened in Ukraine, with a little girl left to suffer an uncertain future after her American parents abandoned her.

The Australia Broadcasting Corporation led an investigation into the case of Bridget, as well as commercial surrogacy in Ukraine, which has led to horrific abuses. Reporter Samantha Hawley began by contacting a source in Kiev. “‘Have any foreigners left a baby behind?’ I asked. It was a simple question and an obvious one,” Hawley wrote. “‘An American couple left one last year,’ came the answer.” Hawley, who had been the reporter to discover the story of Baby Gammy’s abandonment, began searching for the story behind the baby abandoned in Ukraine, which has become a new surrogacy destination after Thailand and India banned commercial surrogacy for foreigners, largely in response to the Gammy controversy.

The girl Hawley was looking for was Bridget Irmgard Pagan-Etnyre, who lives in Zaporizhzhya in the Sonechko Children’s Home, and has been cared for by nurse Marina Boyko since she was a baby. Hawley was able to meet with Natalia Syvoraksha, chief of the Children’s Department for Zaporizhzhya City Council, who told her Bridget’s story.

“She was born prematurely at 25 weeks and weighed just over 800 grams. It was only in March this year she was moved to the Sonechko Children’s Home,” Hawley said. “Bridget is now three years old and has a range of disabilities.” A few days later, Hawley was allowed to meet Boyko and Bridget.

“The fair-haired little girl is bright and engaging. There’s a loving bond between the pair that can be felt by everyone watching on,” Hawley said. While Bridget’s development has been slow because of her premature birth, she can say a few words and feed herself with assistance. … It’s hoped that with the right help, Bridget might one day walk.” Bridget’s doctor explained that Bridget’s life has potential, and she would blossom were she to be adopted into a loving home. But Bridget’s parents abandoned her, and now she’s left in limbo.

Matthew Scott Etnyre, 39, and Irmgard Pagan, 61 arranged for a surrogate to carry twins, one of whom died at birth. Presumably, they chose to abandon Bridget because she was premature and has disabilities, but it’s not entirely clear. “You can’t judge a child as soon as it’s born — ‘We don’t like this child, we wanted you to have a Hollywood smile upon birth,'” Boyko told Hawley. “I would say to them that they have an amazing daughter.”

While Boyko has tried to contact Etnyre and Pagan multiple times to keep them updated, they have never responded — and in fact, tried to have Bridget killed, petitioning for her to be taken off of life support at five months old when she became sick. “[W]e learned that Etneire (sic) Pagan Irmgard Bridget is mentally and physically ill, she is in a vegetative state and has no chances of becoming a normal person,” their letter read. “Doctors advise and recommend that we stop any treatments so that she could find peace….”

Bridget, however, survived, and was left stateless. “After another 18 months, when she was almost two years old, the Americans sent a second letter giving their consent for her adoption,” Hawley said. “According to Natalie Syvoraksha, the document, which was signed in the presence of the Consul General of the US Embassy, was not recognised under Ukrainian law. This meant Bridget was essentially stateless as she wasn’t considered a Ukrainian citizen and no application had been made for her to become an American citizen.” When Hawley contacted Etnyre, he admitted to abandoning Bridget, but refused to speak more about the situation.

Instead, Hawley said, officials believe Etnyre and Pagan entered into another Ukrainian surrogacy agreement, which resulted in another birth of twins.

“Such situations won’t be unique because it’s understandable that the couple pays money, hoping to obtain a healthy child, but this sometimes doesn’t happen,” Children’s Ombudsman Nikolai Kuleba said. “No one stopped them from checking whether the child was alive; they could have visited her and continued to assume responsibility for her.” According to Kuleba, he said he is aware of at least 10 other cases of babies abandoned by foreign parents. “These are the ones that we are aware of, but I assume there are instances that we don’t know about,” he said.

In the meantime, Bridget has until the age of seven to be adopted — and then she’ll be taken out of her care home and sent to an institution, which will not give her the therapy she desperately needs, and will take her away from the person who has cared for her practically her entire life.

This is the inevitable result of the fertility industry, whether it be IVF or surrogacy. Children are turned into products, who are destroyed or abandoned when their parents view them as “defective” or decide, on a whim, they’ve changed their minds and no longer want them. In addition to the commodification of children, surrogacy turns women’s bodies into property to be bought and sold by wealthy couples. When will people demand a stop to the ethical abuses of this unchecked industry?