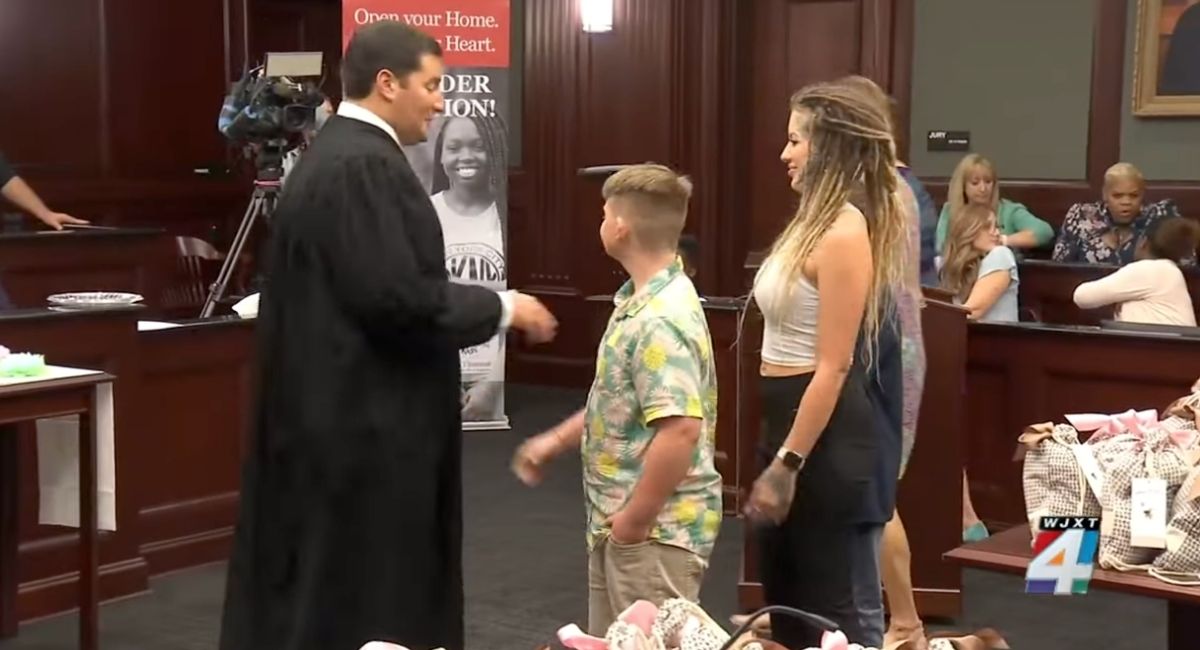 Two dozen children now have a forever home in a moving adoption ceremony in Jacksonville, Florida.

Judge Michael Kalil and Family Support Services (FSS) hosted the adoption event at the Duval County Courthouse, which took place the Friday before Mother’s Day. Previously, this had been an annual event until the outbreak of the COVID-19 pandemic. Kalil told WJXT4 it was an extra-special event, with families being brought together just in time for the holiday.

“I’m thrilled to see so many children start their new lives at this ceremony,” he said. “We’re finalizing these adoptions just in time for the families to celebrate all the wonderful mothers this Sunday. And, we’re very excited to be resuming our annual Mother’s Day adoption event with the first such event in-person at the courthouse since the start of the pandemic.”

This year, 24 children were adopted by 11 different families. This includes Morgan Butler, a single mother who adopted 11- and 12-year-old brothers. “It wasn’t something I really planned out, it kind of just happened this way, and I’m totally cool with it,” she said. “They just came into my life at a good time and it just, it all worked out.”

In another interview with Action News Jax, Butler said the adoption happened after she got to know her new sons, Austin and Brandon. “It just kind of turned into just hanging out with them, learning their story, what happened,” she said. “I wasn’t planning on adopting at the time, but it’s just one of those things I just knew was supposed to happen.” She said they planned to celebrate by doing whatever the boys wanted for the rest of the day.

Carolyn Walker was another person taking place in the ceremony, adopting her grandchildren, ages 11 and five. The younger child got the honor of serving as Kalil’s honorary bailiff. Another couple, Molly and Geoffrey Lane, adopted two sibling groups — one group of three siblings, and another group of four siblings. According to FSS, the Lanes are experienced foster parents who work to keep siblings together whenever they can.

Many of the children adopted in the ceremony were older, and statistically, older children are less likely to be chosen for adoption. Yet aging out of the foster care system can have dire consequences. Children who are not adopted and age out of foster care are at extremely high risk for homelessness, unwanted pregnancy, substance abuse, unemployment, criminal activity, and more. Still, most parents prefer to adopt infants, leaving the older children abandoned and without a family. Today, FSS has over 300 children still in the foster care system who need to find forever families. But in the meantime, they’re celebrating the new families they’ve been able to help create.

“They’re taking on a big responsibility, but we’re very excited because we know those kids are gonna be in a safe and stable home,” Kalil said of the families. “It’ll be beautiful.”