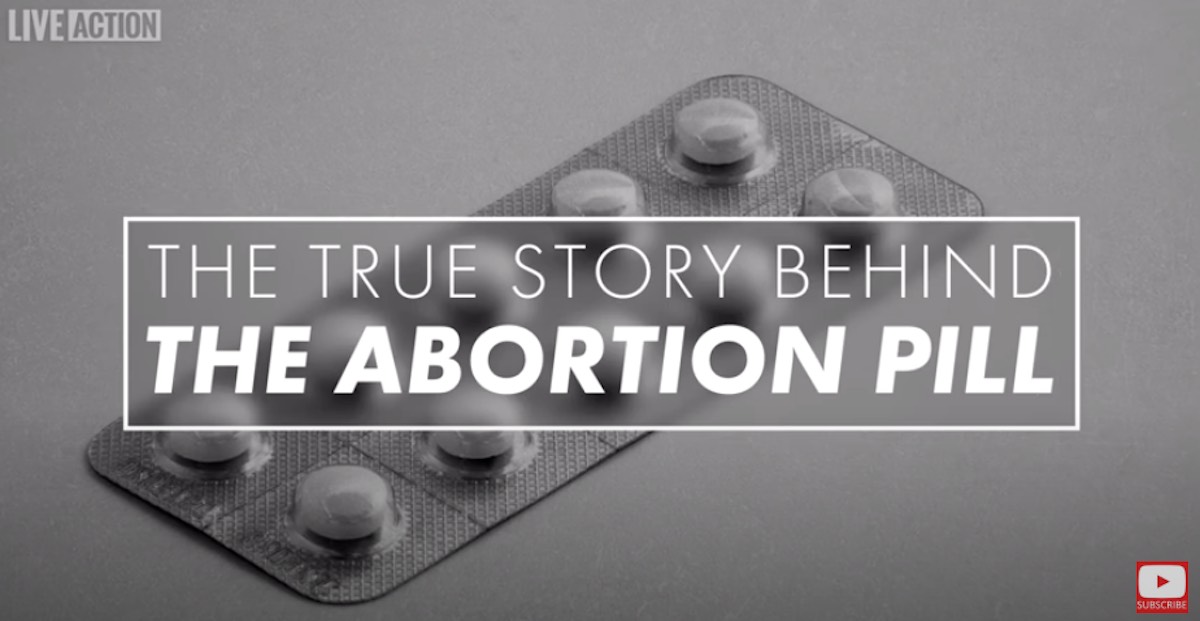 Today, Live Action premiered its bombshell exposé of the abortion pill and the abortion industry, “Abortion Pill Kills.” Part of this exposé is a powerful video on “The True Story Behind the Abortion Pill,” which reveals the largely unknown details surrounding a dangerous drug that has killed millions of preborn children and which has also injured and even killed women. Between 2000 and 2018, approximately four million children were killed by the deadly drug in America alone.

This video examines the abortion pill and its dangers, the major players behind it, and what pro-lifers can do to help to save women and children.

The video details the link between the manufacturer of Zyklon-B—the gas used by the Third Reich to kill Holocaust victims in their death camps— and the original French manufacturer of the abortion pill, Roussel Uclaf.

In 1994, one year after President Bill Clinton signed an executive order to bring the abortion pill to the U.S., Roussel Uclaf signed over the rights to market and distribute the drug in the U.S. to the Population Council, founded by John D. Rockefeller III in 1952. As the video acknowledges, “The Population Council has deep roots in the American Eugenics Movement.” Today, the Bill and Melinda Gates Foundation supports the Population Council, and gave more than $11 million to the Council between 2018 and 2020.

When no U.S. pharmaceutical company stepped forward to manufacture the abortion pill in the 1990s, Danco Laboratories was formed, a company shrouded in secrecy from the beginning. Its sole purpose was to set up manufacturing and distributing for the drug, mifepristone or Mifeprex, for the U.S. market. Its investors included the David and Lucile Packard Foundation, the Open Society Foundations (George Soros), the Buffett Foundation (Warren Buffett), and the Kaiser Family Foundation. 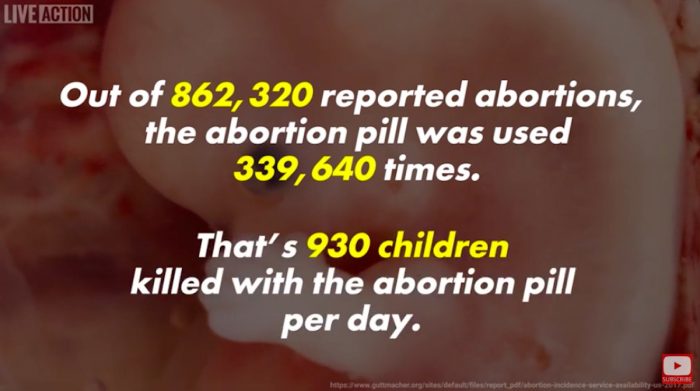 The U.S. Food and Drug Administration (FDA) still today does not identify the location or name of Danco’s manufacturer(s). However, it came to light in 2000 that one manufacturing site for the U.S. market was the Chinese Communist Party-owned pharmaceutical company Hua Lian, which has a very poor record on drug safety.

Apparently unconcerned with women’s safety, the abortion industry has been pressing for the FDA to lift important safeguards on the pill known as REMS (Risk Evaluation and Mitigation Strategy) – rules that have the safety of women in mind. According to the video:

The FDA claims their safety requirements mitigate the ‘serious patient risks’ associated with the use of Mifeprex, saying that ‘dispensing the drug in broader settings, such as through retail pharmacies, could also expose patients to unnecessary and increased risks.’ But the abortion industry sees REMS as an obstacle to mass-marketing the abortion pill… everywhere.

The abortion pill kills children. It has killed at least 24 known women, and it has injured thousands more. Women deserve to know the truth.

Visit AbortionPillKills.com or LiveAction.org to learn more, and sign the petition to ban the abortion pill here.