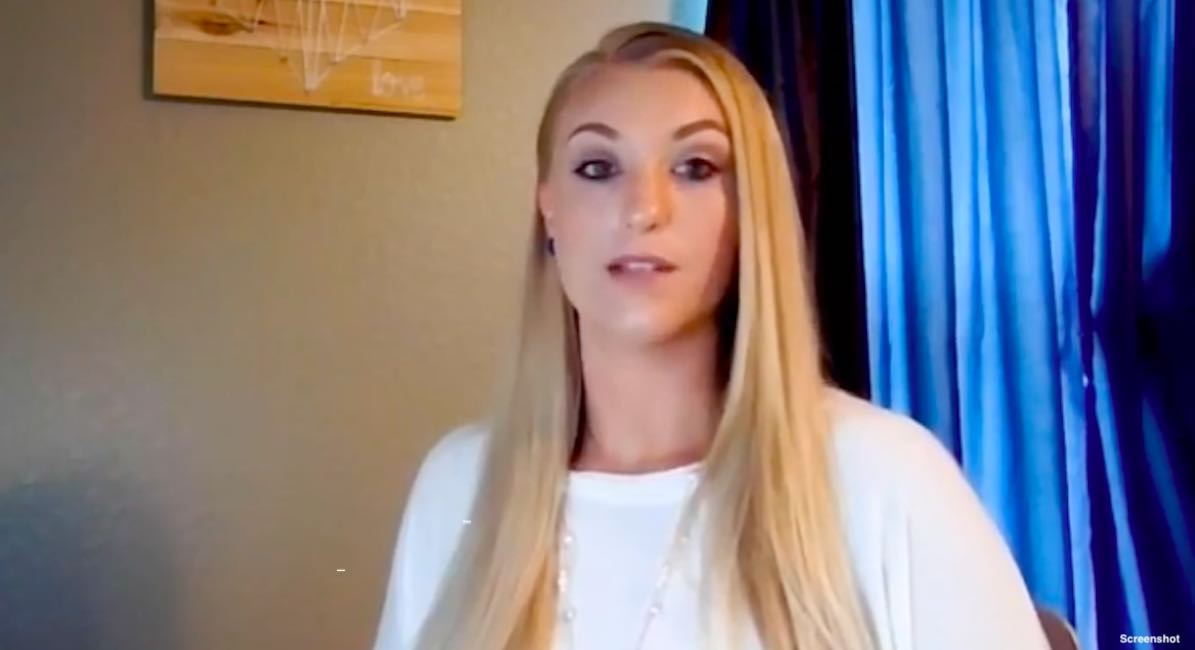 Carolyn Frandsen, programming coordinator for Support After Abortion, knows the pain of abortion firsthand. In a video, she shared her story of having an abortion and dealing with the aftermath in her life.

After growing up in a broken home, Frandsen entered her teen years craving “acceptance” and said she quickly became a part of “the wrong crowd, the people that I definitely shouldn’t have been hanging out with, the partiers.” She recalled, “I enjoyed being the center of attention… I realized that I could get attention and acceptance with my body… So boys became my main concern. My goal was just to feel loved.”

At age 19 and about six months into what she called a “very unhealthy relationship,” she became unexpectedly pregnant. When she told her boyfriend, he responded, “Well, you’re not keeping it, right?”

Looking back, Frandsen observed, “I think I knew that his reaction wasn’t going to be positive, but I think I was really hoping for some kind of support.” Frandsen felt, “Wow, this is really up to me, and I have to make this decision because he’s already made his.” Reluctant to tell her family for fear of disappointing them, Frandsen sought out the abortion pill regimen.

She took the first of the two drugs (mifepristone) in the office, and was sent home with more pills, including pills to expel her dead baby from her uterus (misoprostol) as well as narcotics, even though she had been told that the abortion would only feel like “a heavy period.”

The in-home abortion frightened, devastated, and then numbed Frandsen. She began to experience what she now knows were contractions, and recalled “crying in pain and thinking ‘this is not like a period.'” She was reluctant to take the pain pills, feeling that she “deserved to feel this pain. This was a decision that I made and now I have to feel it and deal with it.” The pain worsened, and she said there was “so much blood.” The worst part was passing the remains of her baby, and then flushing her baby down the toilet.

Afterwards, Frandsen shut down emotionally. She left the relationship and moved out of the area, fleeing the pain and “covering everything up” with drugs, alcohol, and promiscuity. She told herself that because abortion was legal, there had been nothing wrong with her decision, and denied that it had an impact on her life.

Two years after the abortion, she met her now-husband. While her new relationship differed from past relationships because her boyfriend came from a Christian background, Frandsen said that “eight months into our relationship I found out that I was pregnant again.” Thinking she would just abort again, Frandsen was “floored” when her boyfriend responded to the news of the pregnancy by saying, “Okay, well, I guess we’re going to have a baby.”

While Frandsen said she experienced “so much relief in knowing that I didn’t have to go through that again,” the unhealed abortion trauma negatively impacted her experience of pregnancy. Though people around her celebrated, she didn’t enjoy her pregnancy and felt “so disconnected” from the experience that she “couldn’t even really get excited, and I didn’t even know why.” In the delivery room after giving birth to her son, her now-husband told the hospital staff to let Frandsen be the first to hold him. She balked, telling her husband, “No. I can’t… I don’t want to hold him right now.”

At that time, Frandsen lacked the awareness to understand why “the most exciting day of my life” was also “one of the saddest.” Now, she understands, “It was the first time that I fully faced my abortion decision three years prior. All of that running, all that shoving down of feelings, all of that numbing, all of the drugs, drinking, all of it, was just trying to escape the pain that I’d been feeling. But when I had to look into the face of my child for the first time, I couldn’t run anymore. I couldn’t lie to myself anymore… I had to look at him and realize, ‘This is what I threw away.'”

Frandsen went on to have two more children, but always felt sadness accompanying the joy. She eventually began going to church, and later became friends with a woman who led her to the Support After Abortion healing program. At her first healing group meeting, she walked out realizing, “I am not okay.” That realization led very gradually to healing and a transformation in Frandsen’s relationships with her living children.

Frandsen’s story of trauma after abortion is far from uncommon. Abortion has been associated with increased rates of anxiety, depression, drug and alcohol use, and even suicide. As Frandsen experienced, abortion negatively impacts many women’s relationships with their living “wanted” children, making it difficult to bond with and express affection toward them.