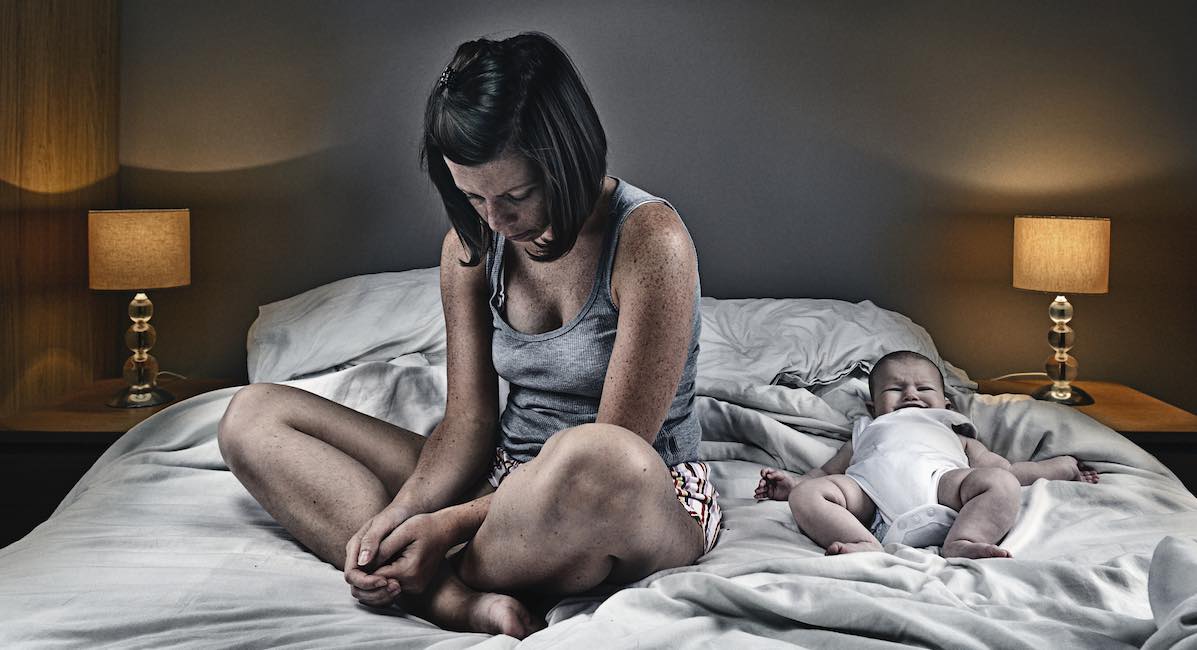 Research has found that women who have obtained abortions are at risk of suffering from abortion trauma, which increases their risk of depression, anxiety, drug and alcohol use, and suicide. What many people may find surprising is that abortion also increases the chances that women and men will struggle to bond with any future “wanted” children they have.

The birth control movement began with the idea that every child should be a “wanted” child, which soon launched America into the push to legalize abortion. Legalizing abortion was touted as a way to end child abuse and help parents raise happy and well-loved children. But abortion didn’t end child abuse. In fact, child abuse cases have steadily risen since the legalization of abortion. Now, nearly five decades later, research is showing that the emotional trauma women and men suffer after abortion is having an effect on their future families and children.

“Obviously, if women and men are having emotional problems because of their past abortions, this is going to have an impact on their families,” said Martha Shuping, M.D. “For example, women who have had an abortion are more likely to report subsequent substance abuse. Clearly, alcoholism and drug abuse have a negative impact on families.”

Shuping notes that a previous abortion can directly impact a person’s parenting style. An example is a study that found 50% of women with abortion-related trauma were afraid they would be “punished” for their abortions by way of harm coming to their other children. Other women who suffered abortion trauma said they held back love from their born children and were scared to bond with them, fearing that if they loved those children “too much,” they would lose them.

On the other hand, 50% of the women said they felt a “compulsion to be a perfect mother.” This led them toward becoming helicopter parents, so afraid of harm coming to their children that they never let them out of their sight. Still, other women who suffered abortion trauma reported emotional and physical abuse towards their future wanted children.

“I did not understand why her crying would make me so angry,” said one mother about the rage she felt when her newborn baby cried. “She was the most beautiful baby, and had such a placid personality. What I didn’t realize then was that I hated my daughter for being able to do all these things that my lost [aborted] baby would never be able to do.”

READ: Woman bled for five months after taking the abortion pill: ‘I thought it was my punishment’

Shuping points to a study in the Pre- and Perinatal Psychology Journal that found that a history of abortion is associated with higher rates of child abuse. This is supported by three other studies.

Jill Marquis underwent an abortion when she discovered she was pregnant from an affair she had with a man whom she eventually married. She said the pain from the abortion didn’t surface until she became pregnant with her next child.

“Nobody told me,” she told Live Action News, “that it might come back to you when you have the ultrasound of the children you want to have. There I was looking at this ultrasound of the baby growing inside me and [I was] screaming in my mind that that was a baby you aborted. A baby that you killed. I stuffed it down for a very long time and tried to silence that voice. Looking back on that decision it was the most selfish thing I ever did in my life because it was all about me wanting to live life on my terms.”

Marquis told Live Action News that her past abortion caused her to keep her future children at arm’s length. She was afraid that God would punish her for the abortion by harming one of her other two children. She would not engage with her children in order to keep an emotional distance from them to spare herself from pain. It wasn’t until she dealt with the abortion trauma itself that she was finally able to be present in her children’s lives and bond with them.

Teresa told Support After Abortion Healing Network that after her abortion, she became obsessed with having a baby. She thought having another baby would help her right the wrong she had done by having an abortion. Instead, the new baby triggered deep emotions within her over the abortion of her first baby. Like Marquis, she struggled to bond with the child she had so desperately wanted.

“Difficulty bonding with subsequent children because of fear, shame, or guilt is commonly reported by post-abortion parents,” said Shuping. “Lack of adequate bonding is also one of the most significant risk factors for child abuse. When inadequate bonding is combined with feelings of anger and rage, which are common aftereffects of abortion, a dangerous mix can result.”

Even children born before the abortion can suffer the devastating effects of the abortion trauma that their mother is facing.

In July 2020, Julie Lambotte, who had aborted her daughter with Down syndrome three years earlier, killed two of her born children. She drowned her 22-month-old daughter in the bathtub and then stabbed her other two children, ages seven and nine. One of them survived. She told the authorities that she attacked her born children because she “missed her little girl” who was aborted.

Renee Nicely experienced what has now been called a “psychotic episode” the day after her abortion, during which she beat her three-year-old son to death. She told the court psychiatrist that she “knew that abortion was wrong” and that she “should be punished for the abortion.”

Beyond the emotional and physical abuse from post-abortive parents, children who learn they have an aborted sibling sometimes struggle with feelings of loss and survivor’s guilt. Chloe learned of her mother’s abortion after stumbling upon an ultrasound image. “I felt heartbroken, and at times, I feel guilty,” she said. “I struggled with depression before I found out, and after finding out about the abortion I constantly questioned my worthiness of being on this planet. I always felt (and still feel) like there’s an important part of my life missing.”

Abortion isn’t good or healthy for anyone, and it can leave women so traumatized that their “wanted” children can pay a hefty price.