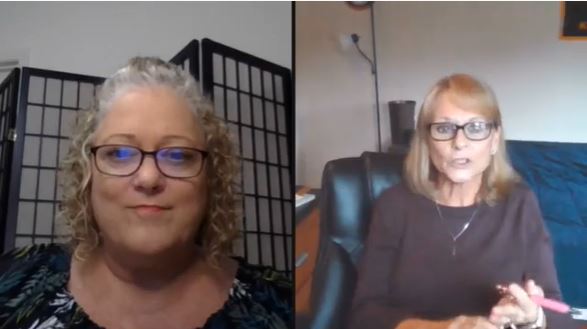 A recent guest on Support After Abortion’s abortion healing interview series shared her personal story of having an abortion at age 19 and the emotional trauma she endured because of it.

At the time of her unplanned pregnancy, Teresa was facing significant relational difficulties. In a blog post Support after Abortion said of Teresa: “She didn’t realize it at the time, but her circumstances screamed codependency—she was in a relationship where she lacked the inner strength to make her own decisions and instead allowed others to make them for her. She cared so much about what others thought that she often did everything in her power not to disappoint or to do anything that might warrant abandonment.” Given this background, she accepted her boyfriend’s suggestion that she have an abortion.

In the interview, Teresa recalled the “cold” atmosphere at the abortion business where “nobody talks to you.” Her feelings of being “invisible and all alone” were further compounded by the masked abortionist saying nothing to her when he entered the procedure room. The procedure was “an extremely difficult and scary experience, and everyone seemed so far removed,” she explained. “Compassion was lacking.” She sat in the recovery room afterward, surrounded by crying women but feeling “completely numb” herself. She and her boyfriend never spoke of the abortion again.

Years later, the two would go on to marry, but the unspoken, unhealed abortion plagued their marriage. Teresa became obsessed with having a baby. According to the blog post, “Like many women who experience an abortion, this desire for an atonement baby or replacement baby is very common.” Teresa said, “Because I had killed my baby, I thought a way of righting the situation or making up for what I did was by having another child. I felt that if I could do it again, I wouldn’t make the same mistake.”

Though she was able to have another child, the new baby did not solve the marital strain, and Teresa struggled to connect with her desperately wanted child, another common effect of abortion trauma. She suffered from overwhelming guilt and her new baby triggered more deep emotions over the termination of her first pregnancy.

Eventually, the marriage dissolved under the pressure and pain of the past abortion. “Teresa shares that since the abortion, there had been a wall between them,” reads the blog post. “Because they had never discussed it and never sought healing, there was constant pain and a continuous struggle to deny that pain since the abortion was something upon which they had both agreed. For years they went through the motions, never once addressing the elephant in the room.”

Teresa’s personal healing began years later during treatment for an eating disorder, and she was put in touch with Birthright after speaking about her abortion. That organization put her in touch with a person who walked her through healing from her abortion. “I was able to name my baby. I was able to lay my baby down at the feet of Jesus, and be able to give it to him. And the healing started,” she said.

That healing has continued gradually over time and in layers, and she has even begun leading healing retreats herself.

Teresa’s experience of significant relationship difficulties after abortion is not uncommon. Story after story reads similarly, with slight variations on the theme. While advocates often tout abortion as the solution to a woman’s problems, the truth is that it does not solve anything and can actually create more problems. Women who have chosen abortion should be approached with compassion and sensitivity, and with the understanding that every abortion wounds deeply, regardless of whether the woman is aware of it.