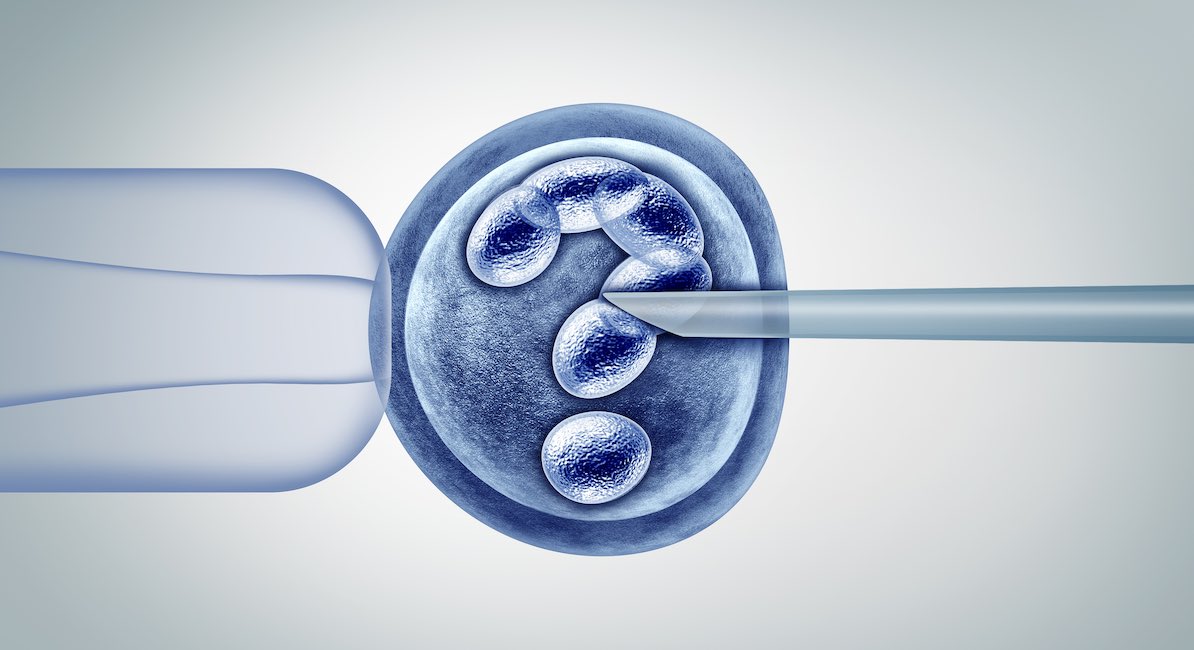 Clinics in several European countries are now creating so-called “three-parent babies,” with at least 10 babies having been born under a new procedure rife with serious ethical pitfalls.

The procedure is called mitochondrial replacement therapy, or MRT, and its proponents claim it is designed for women with defects in the mitochondria of their eggs that can cause infertility or a wide variety of disabilities including blindness, epilepsy, neurological problems, as well as heart, liver, and kidney diseases, to name a few. According to the Cleveland Clinic, about 1 in 5,000 people suffer from a genetic mitochondrial disease, with about 1,000 to 4,000 children born each year with a mitochondrial disease.

The MRT procedure aims to address a maternal parent’s problematic mitochondria by supplementing the sick parts of a mother’s ovum or egg with parts of a donor’s egg. In effect, a physician hollows out the nucleus of a donor’s egg while retaining the healthy mitochondria in the egg’s shell, then inserting the nucleus from the mother’s egg, where most of the DNA is located. The physician then uses in-vitro fertilization (IVF) to conceive several human embryos, which are then implanted into the mother’s womb, creating a “three parent” baby.

Although the procedure has not yet been widely accepted as a valid treatment, advocates will likely increasingly claim it will help women who have been unable to conceive using traditional IVF. As of now, the European Society of Human Reproduction and Embryology (ESHRE) notes that MRT “as a remedy for fertility treatment remains vague and unproven,” according to a statement on its website. The ESHRE thus “strongly discourages the use of mitochondrial donation to alleviate an infertility condition.” Yet the ESHRE leaves the door open to accepting the procedure by keeping its disapproval conditional only “until this technology has been proven to be effective and safe.”

Aside from the parental concerns, the procedure’s use of IVF is another huge problem. IVF is a $5.8 billion industry in the U.S. that commodifies and devalues human life in its most vulnerable stages. As Live Action News has reported, there are an estimated one million human embryos frozen in limbo created in IVF, and of these an estimated five to seven percent have been abandoned. Despite the noble efforts of some to adopt these frozen embryos, the vast majority face a dim prospect. Human embryos in the U.S. are kept frozen indefinitely; in the UK, they are destroyed after 10 years.

IVF involves the implantation of multiple human embryos in a woman’s womb to increase the odds that at least one will survive. If this happens, physicians often recommend the euphemistically-termed “selective reduction,” which involves the horrific process of killing one or more preborn babies if too many survive.

IVF aside, MRT itself is rife with ethical problems. The creation of a baby with DNA from three parents is an uncharted and potentially dangerous form of genetic manipulation on human beings. “In the mitochondrial swapping scheme, it is significant that not just the mitochondria are ‘swapped’ but actually all the other structures of the cell come from the second woman’s egg as well (except for the nucleus and its chromosomes),” Father Tad Pacholczyk of the National Catholic Bioethics Center explains. “The final egg produced really belongs to neither woman, so that the technological manipulations introduce a fissure between any child conceived from the engineered egg and both ‘mothers.’ The child becomes ‘distanced’  and to a significant degree ‘orphaned’ from both women involved in the process.”

Despite all this, the MRT procedure was legalized in the United Kingdom in February 2015 by a 382-178 vote in the House of Commons, as Live Action News reported. The UK has since licensed one clinic to perform the procedure, and 14 women have been approved for it, although no known births yet have occurred. Clinics in Spain and Ukraine have received permission from their respective governments to use MRT procedures for women who have previously failed with IVF.

In the United States, a 2015 law that prohibits clinical trials on human embryos has effectively prohibited the procedure. There are some advocacy groups in the U.S. like the United Mitochondrial Disease Foundation (UMDF) who are pushing for liberalizing laws to allow the procedure: “We strongly support further scientific investigation of oocyte MRT as well as constructive debate towards the clinical approval of this therapy in women with mtDNA-related diseases. If demonstrated to be safe and efficacious, this technique should be made available with proper regulatory oversight as an option to families who carry mtDNA point mutations.”

In 2016, a fertility doctor from the U.S., John Zhang, carried out the MRT procedure on a woman in Mexico who had a mitochondrial disease and who ended up giving birth to a child. And an article in the New England Journal of Medicine said MRT “may be the poster child for highly targeted, personalized medicine,” as quoted by a SCIPOL article.

Given the procedure’s serious ethical problems, proponents of MRT would do better to advocate for more research into treatments that accomplish the same results while minimizing harm. One Catholic bishop in England during the 2015 debate about the UK Parliament’s proposed law struck the right tone: “Whilst the Church recognises the suffering that mitochondrial diseases bring and hopes that alternative methods of treatment can be found, it remains opposed on principle” to MRT. As Father Pacholczyk notes, MRT, “contrary to popular belief, is not an authentic example of ‘curing’ or ‘correcting’ a disease. It is an instance of setting up an alternative system for constructing a baby.”