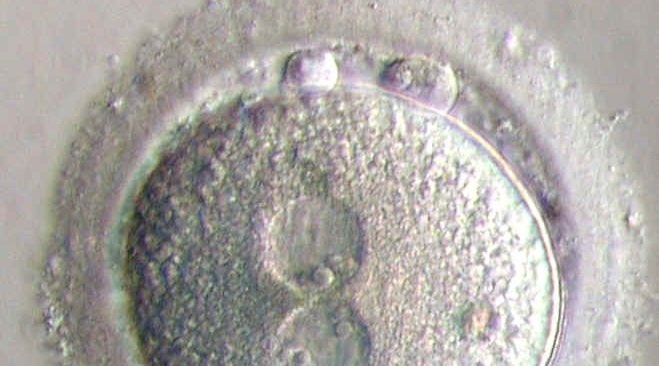 On Tuesday, the U.K. House of Commons voted 382-178 to advance legislation thatwould allow scientists to create a baby from the DNA of mom, dad, and another mom.

The reasoning behind the idea is that it may help mitochondrial disease. USA Today explains:

Mitochondria are tiny compartments inside nearly every cell of the body that convert food into usable energy…. Defective mitochondria, which are passed down only from the mother, lead to brain damage, muscle wasting, heart failure and blindness.

The mix of DNA, scientists say, will be used in about a dozen women a year who have the “faulty mitochondria, the energy-producing structures outside a cell’s nucleus.” The problem, they say, is fixable by this procedure:

The technology altering a human egg or embryo before transferring it into a mother with defects in her mitochondria, the energy-producing structures outside a cell’s nucleus. These genetic defects can result in diseases including muscular dystrophy, heart, kidney and liver failure and severe muscle weakness.

Scientists say more than 99 percent of the DNA in the resulting child would come from its parents, with a tiny fraction coming from the donor egg.

However, pro-lifers and ethicists are crying foul because of the destruction of embryos. Conservative MP Fiona Bruce said:

One of these procedures we are asked to approve today, pronuclear transfer, involves the deliberate creation and destruction of at least two human embryos, and probably in practice many more, in order to create a third embryo which it is hoped will be free from human mitochondrial disease. Are we happy to sacrifice two early human lives to make a third?

And Bruce is joined in the chorus of disapproval by the Catholic and Anglican churches, who argue that the procedure isn’t safe or ethical because it involves the destruction of human embryos. One Catholic Bishop, John Sherrington,  said:

The human embryo is a new human life, and it should be respected and protected from the moment of conception. This is a very serious step which Parliament should not rush into taking.

The legislation now moves to the House of Lords, likely within a few weeks’ time, and the Associated Press reports, “It would be unusual for it to reject legislation that has passed overwhelmingly in the Commons.”

While some fear that this may lead to more medical manipulation such as “designer babies,” supporters insist that it’s important because of the risk of mitochondrial disease. The Associated Press reports that Rachel Kean, whose mother is a carrier of the disease, and whose aunt had stillbirths and miscarriages, ultimately dying from it, said she gets the opposition but doesn’t support it:

It’s everybody’s prerogative to object, due to their own personal beliefs. But to me the most ethical option is stopping these devastating diseases from causing suffering in the future.

Thus, the latest battle for life has begun in the U.K., where the first in vitro fertilization occurred in 1978. By next fall, the first “three-parent baby” may be born, too.

Pro-lifers generally agree on one thing: the destruction of embryo stage humans is troubling here. Likewise, having three parents is troubling because it creates a possibility for legal (and possibly emotional, for the child) trouble and battles, despite the assertion only a small amount of the DNA is from the third woman.

While the idea of eliminating a devastating disease is laudable, pro-lifers know that the destruction of a human life is not an acceptable solution.