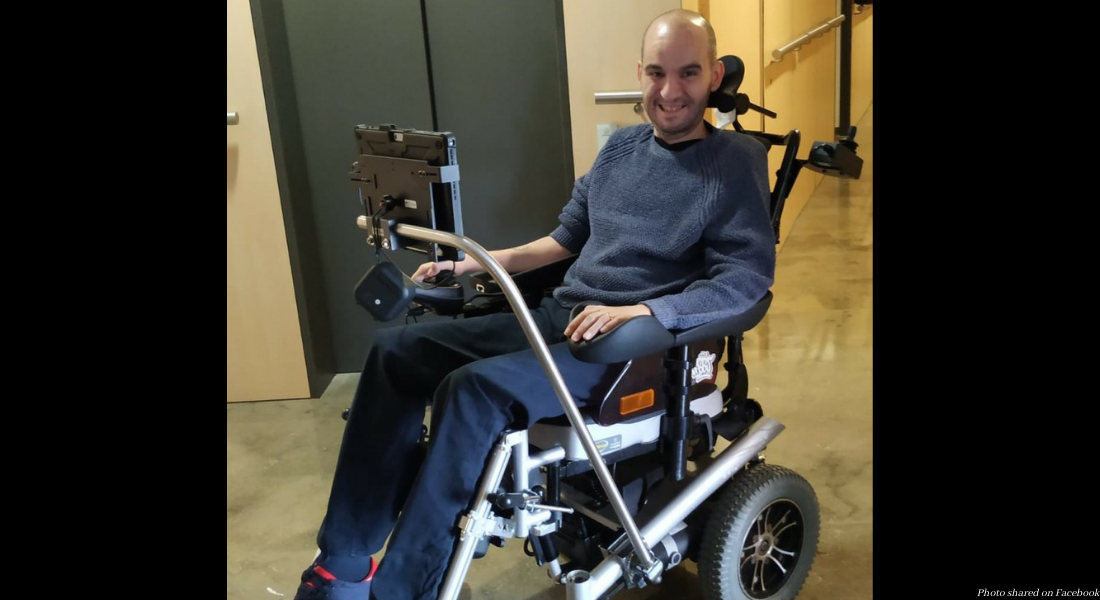 As Spain moves to legalize euthanasia, the Spanish people have been speaking out against it. One of them, 36-year-old Jordi Sabaté Pons, has ALS, or Lou Gherig’s disease. And rather than embrace the chance to die at the hands of a doctor, Pons wants people to know that his life is one still worth living.

Featured in Aleteia, Pons is an outspoken activist for life. Over six years ago, he was diagnosed with ALS and is still alive, though the average life expectancy after diagnosis is just three years. What he can do is limited, but he still embraces each day he gets to live. Though Pons cannot eat, drink, move, or even breathe without assistance, he communicates with over 30,000 followers on Twitter with a machine that reads his eye movements.

But the fact that people like him are often pressured into death has caused him to speak out. “Constantly colleagues who have the same fatal disease as me, ALS, tell me that they are forced to die, because they do not have human and economic resources for their vital care,” he tweeted. “My helplessness, my anger and my indignation have made me start the campaign #moveafingerforlife.”

Thousands of people responded, while hundreds more sent videos moved their fingers in solidarity. He also is supported by his wife, Lucia, who he jokingly said deserves congratulations for deciding “to share her life with a bald man who can only move his eyes like a baby doll.”

While his sense of humor is well-known, he also takes his advocacy seriously, noting in Osoigo that 96% of ALS patients in Spain cannot afford to pay for their care.

“I want to present in Congress a collection of signatures so that ALS patients, other similar pathologies and terminally ill patients in general, have the right to help to have a decent life. Can you help me?” he wrote. “I am afraid that now, after the approval of the Euthanasia law, investment in research will stop, and the solution to ALS and other diseases still does not exist.

“Not enough money is invested in research to be able to live hopefully. To this day, resources are not prioritized or invested in order to have a decent life,” he continued. “I am concerned that the moral value of life is lost in society. We must prioritize and have a dignified life before a dignified death.”

While the struggle with ALS isn’t an easy one, Pons says it is his faith that helps him endure, and continue to fight. “I have faith in Christ and I feel him by my side in the good moments of life, and also in the hard ones,” he said. “He created life and he will never abandon us … God is my friend through thick and thin.”

READ: After his ALS diagnosis, Steve and Hope are choosing to ‘live life to the fullest’

The Spanish Parliament voted in favor of euthanasia last month, even as pro-life citizens stood outside in protest. The Episcopal Conference of Spain, the conference of Roman Catholic bishops in the country, have echoed many of the same concerns that Pons did. “The experience of the few countries where it has been legalized tells us that euthanasia incites death to the weakest,” they wrote in a statement. “By granting this supposed right, the person, who is experienced as a burden for the family and a social weight, feels conditioned to ask for death when a law presses him in that direction. The lack of palliative care is also an expression of social inequality. Many people die without being able to receive this care and only those who can pay for it count on them.”