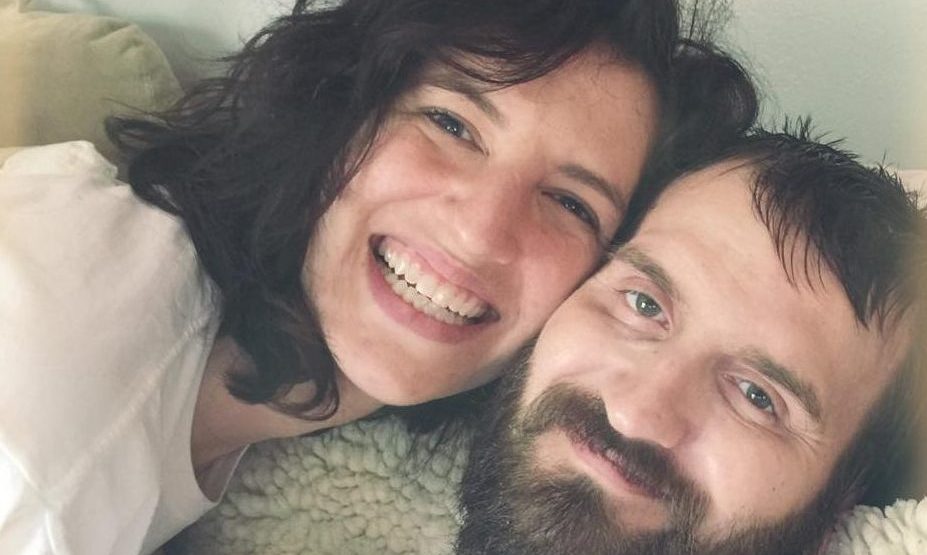 Steve Dezember and his girlfriend Hope were devastated when they learned that the symptoms Dezember had been experiencing, such as falling down and not being able to hold objects, were caused by Amyotrophic Lateral Sclerosis, also known as ALS or Lou Gehrig’s disease. He was just 28 years old when he was diagnosed. That was six years ago.

He said, ‘I know this is going to be hard. You know what this entails. You don’t have to stay.’

Two months later they were married, and the two started what she refers to as a “beautifully weird adventure.”

In a video from NowThis, Hope Dezember says that the doctors painted a very bleak outlook. The couple knew that they could stay in that hopelessness, or they could live.

“So we could either just sit around feeling sorry for ourselves or we were going to do as much as we possibly could,” she said.

The couple went on a honeymoon to Belize, and when Dezember had trouble walking, his wife was there to help him. They danced together until he was unable to, then she would hold him up while they danced. Eventually, she began dancing for him.

Together, they took a cross-country road trip, bringing a camera with them to make a documentary about the experience. Their goals were to enjoy life and raise awareness for ALS. They also began creating artwork with Dezember’s wheelchair after getting paint on the wheels and deciding to see what would happen if he wheeled across the canvas. They have held gallery showings of the paintings created with his wheelchair, and every time those paintings sell out.

In the NowThis video as well as in their documentary, titled Hope for Steve, the couple radiates love and joy. It can be hard for those of us who don’t live with a chronic, terminal condition to imagine, but for a couple like the Dezembers, life is still worth living. As his conditioned worsened, they adjusted their lives.

The disease progressed quicker than either of them had imagined. Dezember would call his wife at work to tell her that he had fallen and was unable to get up. She would soon leave her job to care for her husband full time. But still, they chose to live life to the fullest.

“I have had to have a lot more faith in the dark moments,” Hope Dezember told CNN. “Just being like, ‘I don’t know how we’re going to get through this.’ Even times when Steve gets really sick, I get really discouraged, like why is he so sick right now? I have to have faith that it was just part of God’s plan.”

Hope Dezember said that her experiences caring for her husband in his great time of need has led her to find her purpose in life. She was a mental health specialist, but says her husband has “opened my eyes up to a whole other world of possibility.” She says he has given her her purpose – to help people.

Dezember has learned to use a machine to help him communicate, and through it, he told CNN that he wants his wife to “live her life the way she wants, travel the country, and to learn to be happy without me, and to live life to the fullest, whatever it is.”

While it is difficult for Hope Dezember to imagine life without her husband and the “sparkle” he brings to life, she knows now that she is strong and can handle anything that life throws her way. She wants other people to know the same thing about themselves.

“In life, hard stuff is going to happen to everybody,” said Hope. “It may not be as extreme as an ALS diagnosis, but it’s still going to be hard. And we really want to show people that you can still do awesome things, even though life presents a hard situation.”