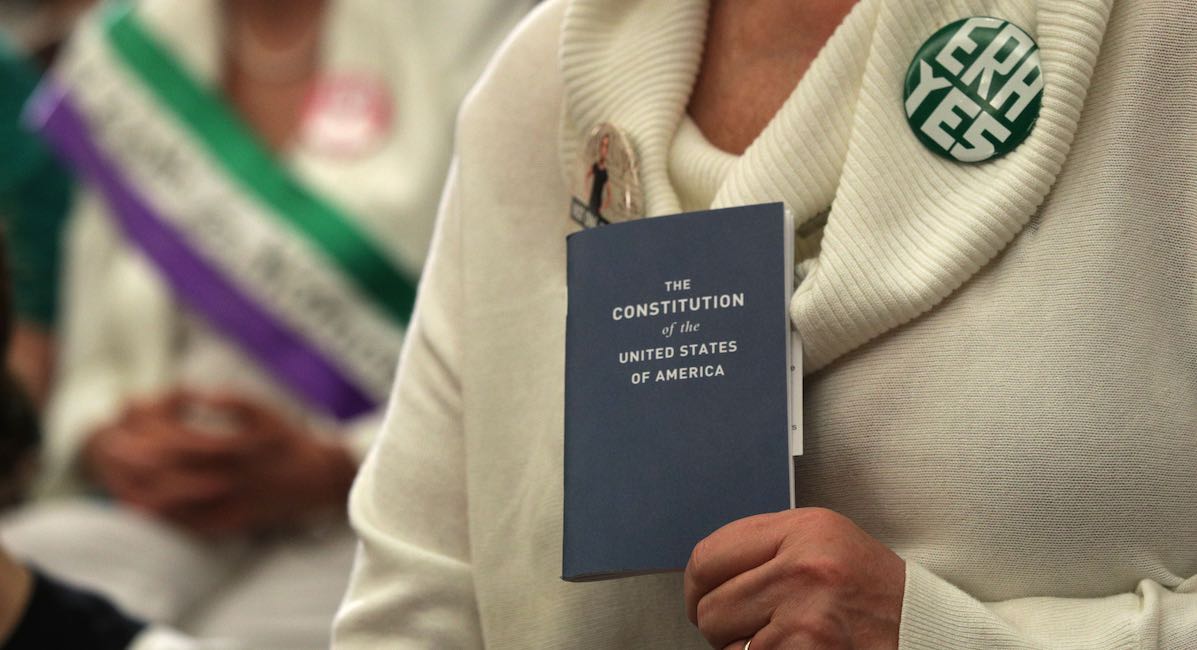 Leaders from pro-life groups and organizations from around the country have joined together and signed a letter calling for Congress and the Virginia legislature to reject the Equal Rights Amendment (ERA). The letter is signed by Lila Rose, president of LiveAction, and 23 others, including leaders for Students for Life of America, March for Life, 40 Days for Life, Crossroads Pro-Life, and Democrats for Life of America.

Some in the pro-life groups have dubbed the ERA as signifying “Everything Related to Abortion.” The ERA, which is meant to guarantee equal constitutional rights to a person regardless of sex, also codifies abortion as a constitutional right. It was first passed by Congress in 1972, but it never received the 38-state ratification it needed in order to become part of the Constitution. Now, after many years, Virginia is poised to become that 38th state. Despite being decades old, there is a renewed push by abortion groups to pass the amendment in response to the growing number of pro-life bills around the country.

In their joint letter, the pro-life and pro-family leaders urged legislators to vote no on the amendment. “A vote in favor of ratifying the ERA or for manipulating the decades-old deadline would amount to a victory for the abortion industry. We have and will continue to support policies designed to meet women’s actual needs, but today, we call for a NO vote on the ERA, to protect women’s status protected by laws already in place,” the letter says.

The letter goes on to argue that most of the equal protections provided to women under the original 1972 amendment, like equal pay and sex discrimination, are moot, as they’ve been awarded under subsequent legislation. As Live Action News’ Kristi Burton Brown pointed out last January, “Equal rights are already part of our Constitution, as the 14th Amendment, enacted shortly after the Civil War, says that states may not ‘deny to any person within its jurisdiction the equal protection of the laws.'”

Brown also noted, “The Illinois Family Institute says even liberal Supreme Court justice Ruth Bader Ginsburg once admitted that, with the ratification of the ERA, ‘at least 800 federal laws would likely be struck down – laws aimed at protecting women.'”

Virginia legislators rejected a campaign to ratify the ERA just last year, but the state’s legislature now has a Democrat majority that has promised to make its passage a priority. The amendment is also making waves in Congress, where it needs to secure an extension on its original 1982 ratification deadline.

Pro-choice organization NARAL is just one of many abortion advocacy groups pushing for the amendment’s passage, saying, “With its ratification, the ERA would reinforce the constitutional right to abortion by clarifying that the sexes have equal rights, which would require judges to strike down anti-abortion laws because they violate both the constitutional right to privacy and sexual equality.” 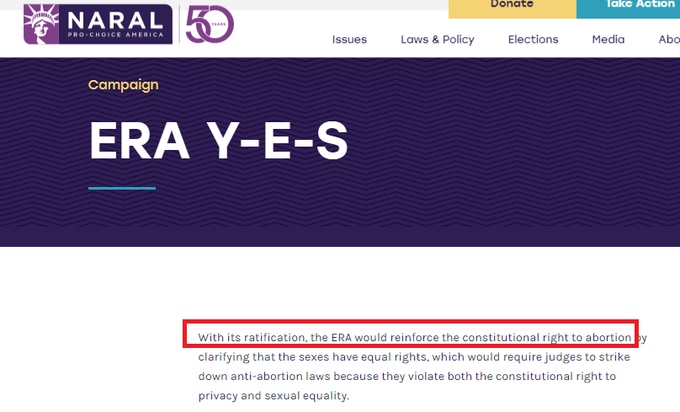 “The issue today is not the absence of laws protecting women; the issue is a radical agenda of empowering abortionists with new, constitutional cover to replace the crumbling legal foundation of Roe v. Wade and Doe v. Bolton. When Roe and Doe are reversed, the issue of abortion would return to the states where voters could have a voice and a vote on abortion policy … unless a new legal hook for abortion can be created through the ERA.”