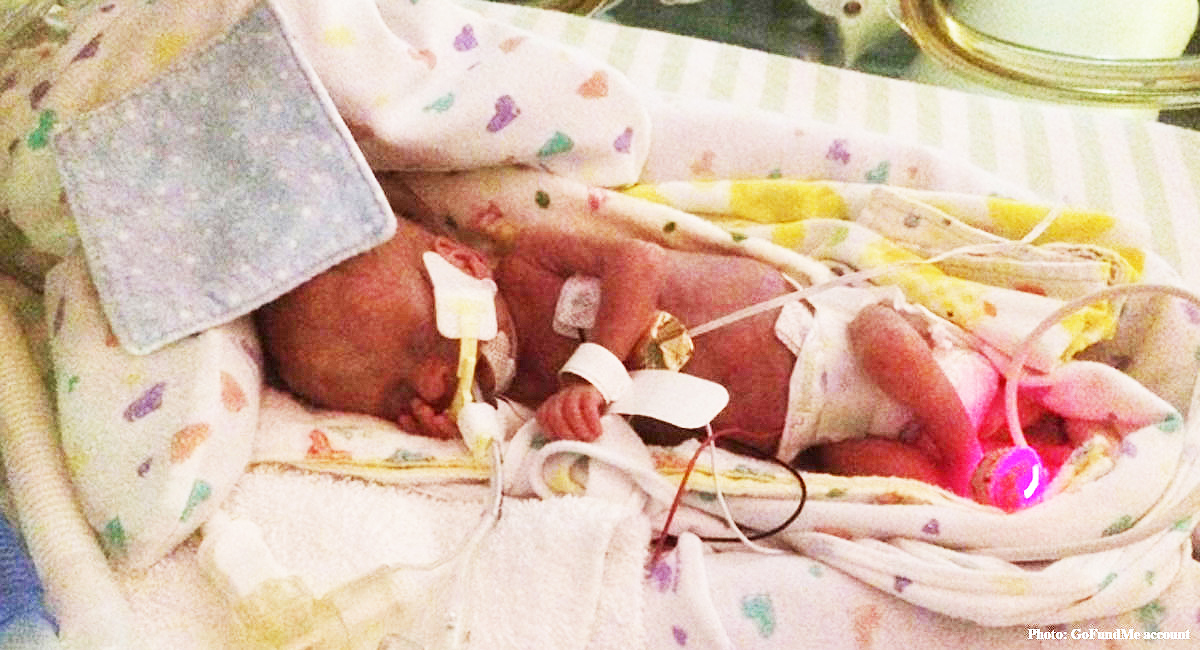 In late October of 2017, Little Winston Rochat was born 15 weeks premature, weighing just one pound, one ounce at birth, and measuring just over 11 inches. His mother, Jenny Bergstrom, has Crohn’s disease and had so much difficulty becoming pregnant that she took seven pregnancy tests in disbelief upon learning that Winston was in her womb. She and Winston’s father, Tom Rochat, had been discussing adoption when they got the news. According to the St. Cloud Times, Jenny’s mother called the pregnancy “pretty miraculous from the start.” 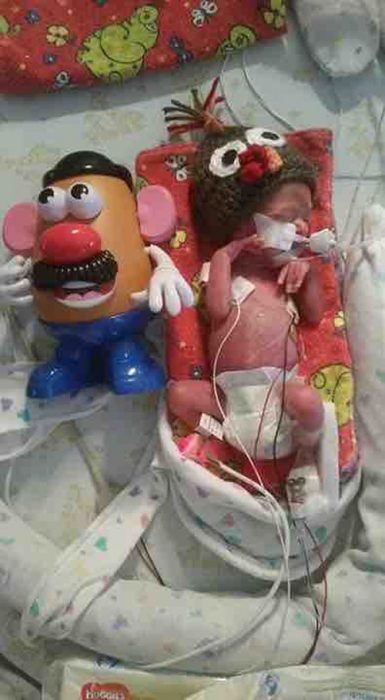 The Times notes that Winston was delivered a few months early because of Jenny’s “diagnosis of HELLP syndrome and pre-eclampsia, potentially deadly complications tied to high blood pressure.”

READ: Premature baby girl thriving after being given 1% chance of survival

Jenny’s sister Kristine remarked at the time on her amazement at how perfectly formed Winston was at 25 weeks. “I’ve never seen a baby that small. I couldn’t believe how developed he was for how young,” she said. Indeed, babies at 25 weeks are fully formed. They have the ability to taste, they have sweat glands, they open and close their eyes, they startle at loud noises, they hear and respond to other sounds, and so much more.

Before Winston left the hospital, he reportedly had three platelet transfusions and two blood transfusions and had to be intubated often because he struggled to breathe, as his lungs were not yet fully developed (lungs are one of the last things to be fully matured before birth, usually in the last month). “Kangaroo Care” — holding a baby upright with skin-to-skin contact — was used by Winston’s parents in the NICU, as research shows “reduced mortality, severe illness, infection and length of hospital stay” when using this kind of care. 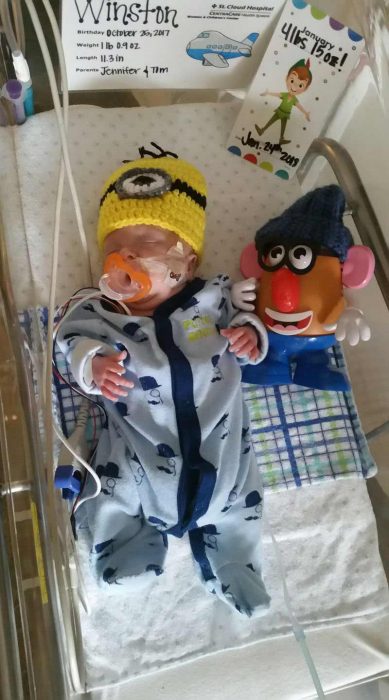 In March of 2018, Winston was allowed to go home. As of the beginning of August, he weighed 13 pounds, 11 ounces at nine months of age — about what a typical two-month-old baby should weigh. He gets visits a few times a week from home nurses, physical therapists, and occupational therapists, to help him with some of the challenges preemies can face. Winston is growing a little more slowly than he should, and had to have hernia surgery in June. But in one piece of good news, his eye doctor says he no longer has Stage 3 retinopathy of prematurity. And he is beginning to teethe.

Statistics show that premature babies are surviving earlier and earlier, with advances in medical treatment. At St. Luke’s hospital in Kansas City, Missouri, babies born before 24 weeks have a 50 percent survival rate instead of the usual six percent. As previously reported by Live Action News, “It’s clear that medical intervention has made a huge difference” in helping these children to survive, and even thrive.

Winston, with his “faux-hawk” of red hair, is a happy baby, despite any challenges he may have to overcome. His mother says there are “a lot of moments of joy, just because how funny he is.” When he first laughed, she told the SC Times, it turned them into “a bunch of giggle boxes.”

“He’s just come so far,” Jenny told the Times, though she adds that sometimes she worries, as any mother of a preemie would. “He’s such a miracle. I don’t know how that happened.”