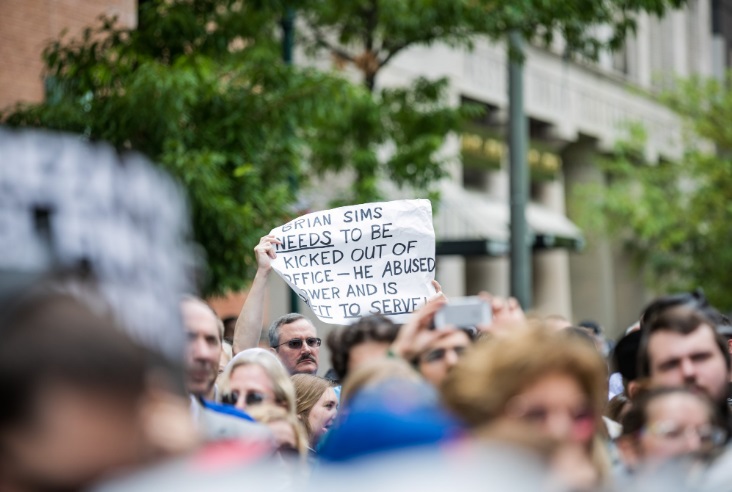 The parents of the teenage girls harassed by Pennsylvania State Rep. Brian Sims on April 18 have raised over $100,000 for a pro-life non-profit organization in Philadelphia, the city in which Sims verbally attacked the girls and attempted to dox them.

Joe and Ashley Garecht opened a GoFundMe page after Sims asked his supporters to find him the names and addresses of the teenage girls in exchange for $100. They wanted to turn this horrific situation into a positive one for the girls. The GoFundMe account – “Show Brian Sims the Power of the Pro-Life Movement” – raised $120,999 dollars in just three days.

“In his video, later posted on Twitter, Rep. Sims not only attempts to shame them for praying for the unborn babies facing abortion, but offers viewers $100 if they will identify the teen girls in the video,” Garecht wrote on GoFundMe. “It’s bad enough that a grown man would be trying to dox three teenage girls. It’s even worse that he is an elected official.”

100 percent of the funds raised will go to the Pro-Life Union of Greater Philadelphia, which runs a home for pregnant mothers and provides parenting classes, diapers, wipes, baby clothes, and resources to moms.

Live Action, along with other pro-life groups, held a rally on Friday outside of the very abortion facility where Sims harassed not only the teen girls, but also an elderly woman and a man who were both praying. That facility has failed 13 of its last 23 patient safety inspections for violations, including not reporting suspected child abuse, improper storage of the babies’ bodies, failure to report a serious incident to a patient, and failing to run background checks on employees. There is no indication that this facility has been fined or penalized in any way.

Planned Parenthood has said that it does “not condone… Sim’s approach,” but also called him a “champion” for abortion.