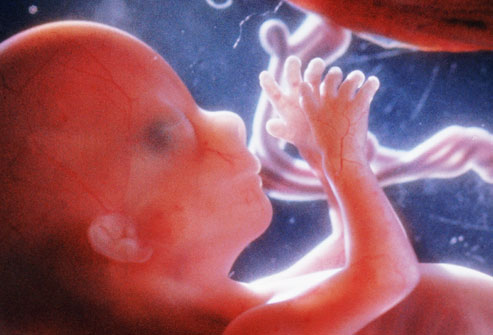 In an unexpected move, an Oklahoma judge has decided that Oklahoma’s 2015 law banning D&E dismemberment abortions will be allowed to stand. On Friday, Oklahoma County District Judge Cindy Truong upheld the Oklahoma Unborn Child Protection from Dismemberment Abortion Act, banning exactly what it says: the dismemberment of preborn human beings. Tulsa World reports, “The Center for Reproductive Rights said every other court that has reviewed similar bans, including in Alabama, Arkansas, Kansas, Kentucky and Texas, has blocked them from taking effect.” Therefore, this decision was surprising.

In a D&E abortion, a yet-living preborn child from about 13 to 24 weeks gestation is torn limb from torso in brutal fashion. Former abortionist Dr. Anthony Levatino explains the procedure in the medically animated video below:

The law, which was put on hold during the legal challenge, was passed by the state’s GOP-controlled legislature and signed into law in 2015.

The only exceptions to the ban are if the woman’s life is in danger or if a serious health risk is posed to her.

The Center for Reproductive Rights, which challenged Oklahoma’s law, tweeted Friday that “we cannot overstate the harm the decision will have” on women in the state.

🚨RED ALERT: The Oklahoma district court just became the first court in the country to uphold a ban on the standard method of ending a pregnancy after approximately 14 weeks

We cannot overstate the harm this decision will have on women in Oklahoma.

According to Tulsa World, OK Attorney General Mike Hunter praised the decision, saying, “Dismemberment abortions are barbaric, brutal and subject unborn children to more cruelty that we allow for death row inmates,” Hunter said. “It is unconscionable to think that we would allow this practice to continue. Judge Truong is to be commended for declaring this legislation constitutional. Today is a major victory for basic human decency in Oklahoma.”

In addition, the archbishop of the Oklahoma City Catholic Dioceses and the bishop of the Tulsa Diocese released a joint statement, saying, “We have an obligation to safeguard human life and this decision marks an important step in that effort. Human dignity and the right to life are fundamental principles derived from God’s creation of each individual. We must continue to find ways to respect the inherent value of the human person and to protect the precious gift of the unborn.”

A D&E is done beginning in the second trimester onward. Most abortions are done in the first trimester; therefore, this D&E ban will not affect most abortions done in the state. The law has an exception to save the life of the mother, or if her health is in serious jeopardy.

The Center for Reproductive Rights plans to appeal the decision.