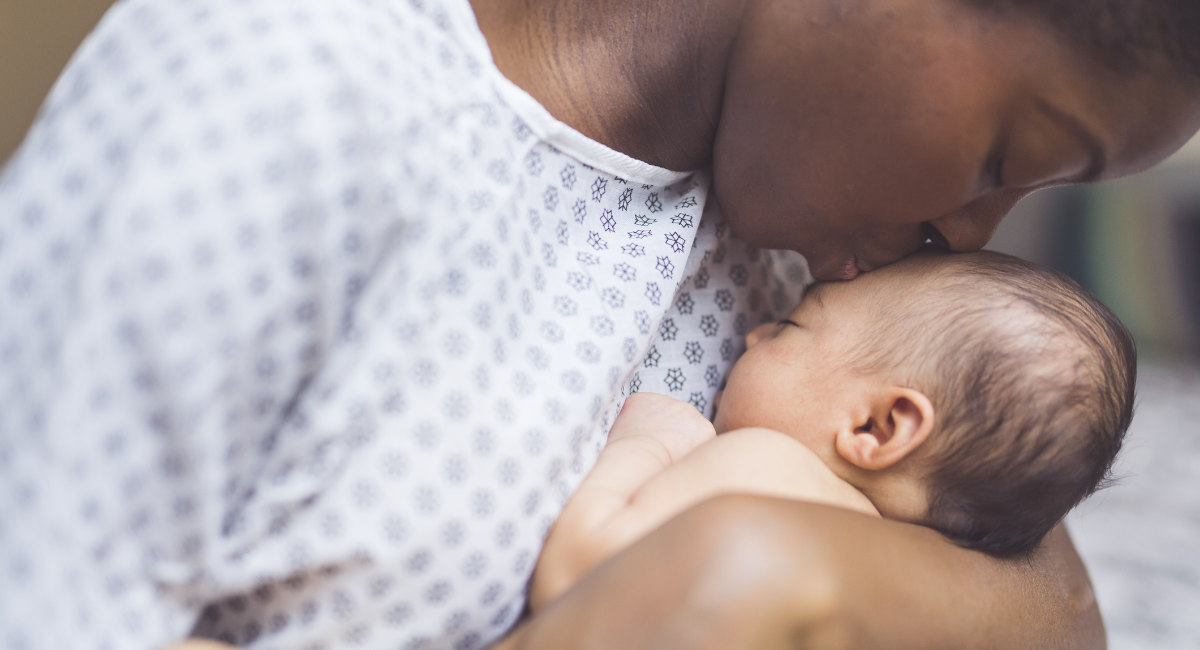 On Twitter, a pro-life activist shared a quote from abortionist Lisa Harris in which she admitted that abortion is violence. Pro-abortion activist Robin Marty tweeted in response, claiming that birth is violence. Mentioning C-sections, episiotomy, and induction, Marty claims “there is no form of birth that is not violence.” 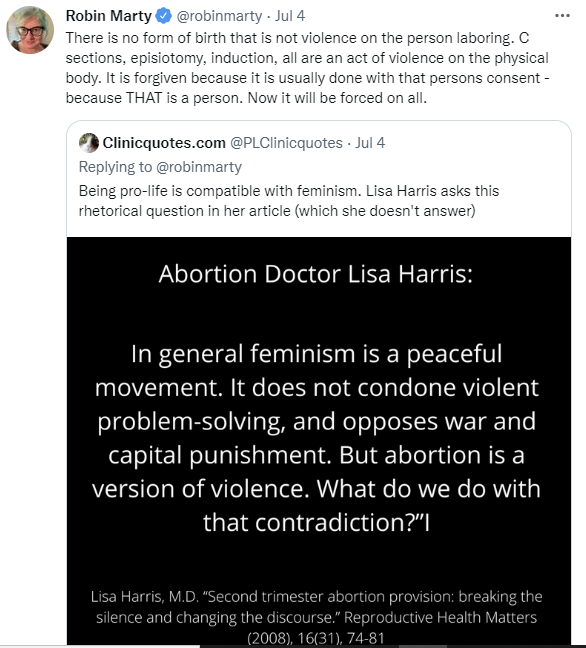 At the request of Live Action News, some mothers responded to this idea.

Mother of four, Zelda Senior, wrote, “I do not consider any of those births violent. Painful yes, but definitely not violent in any way, shape or form… Childbirth usually brings joy. Abortion usually does not.” Senior speaks from experience. In 1980, her then-husband bullied her into an abortion. She says, “[T]he aftermath to me, was horrifying. I felt deep grief, guilt and horror afterwards…. I still feel guilt about that abortion, all these years later.”

After seeing an ultrasound during her next pregnancy, her husband regretted the abortion too.

After my water breaking early and contractions for 24 hours, my cervix was still only a few centimeters dilated so the hospital decided to perform a c-section to prevent harm to my baby or myself. I received the epidural and felt no pain or discomfort as my baby was delivered and my husband got to cut the umbilical cord.

I chose not to find out the sex of the baby beforehand so there was the added excitement of that as well.

After the usual procedures, the nurse laid my daughter down next to me, face to face for the first time. That first look into my daughter’s eyes was an experience I will never forget — so big, so blue, so peaceful. The love was overwhelming, the connection instantaneous. There was no violence in that room — an attack is violent and this was a pure and joyful event.

R.R.G. told Live Action News, “[H]aving a child is a blessing and although a woman’s body goes through a lot to have a child it is a natural process that our bodies are designed for… As a mother I don’t need abortion to feel protected.” At 26, she was offered an abortion even though she was college educated and married. She said, “I felt disgusted when the doctor offered me abortion as the first option.”

As a mother who has had both a C-section and a VBAC, I am at a loss as to how anyone could equate childbirth with “violence”. It is how we all come into this world. Yes, both types of births caused me physical pain at various times and in different ways, but I was rewarded by holding and getting to know the babies that I had felt moving and hiccupping inside me for months.

Another mother wrote, “Giving birth is extremely hard work, but it’s a perversion of language to call it violence.”

Another mother explained why childbirth is a positive experience, unlike abortion:

[A]fter [childbirth], you have a new person who gives you joy and fills your life. After you give birth, you forget all the problems because you understand that the new baby is so special and worth of all the sacrifice of money, time, and health risks

After the abortion with all its risks you have nothing. You are all alone and empty just with yourself forever.

Virginia gave birth to her first child under the trauma of obstetric abuse, mistreated by those giving her care. She needed therapy to recover from the experience. She went on to give birth to more children in more supportive conditions. Despite her experience, she said:

[B]irth is not violence. Violence imposes that one individual is attacking the other to cause injury or death.

In pregnancy, the biological norm is not violence: rather, it is an ecology of mother and child working together to finish gestation and begin the next stage of reproductive life…

Mother and child do not attack one another to give birth, but actually work together for a successful birth!

Virginia believes that “Anyone who claims that birth is violence is disguising their misogyny as compassion.” Because birth is a natural process and intrinsic to womanhood, she feels that labeling it violence is anti-woman. She says of Marty’s comments, “She assumes something is so wrong with female biology that it just *has* to be violent and dangerous by default… This does not, and will never, empower women.”

Another mother with three children, who gave birth to her oldest when she was 17, said of her experiences, “There was absolutely nothing violent about any part of it.” She developed cancer within six months of the birth of her third child and was forced to have a hysterectomy. Now she says:

I am so grateful for my children there are just no words. They are my life.  And now, in addition to my three children, I have eleven grandchildren and four great grandchildren… Motherhood is a gift.

As a mom of 2, who experienced natural childbirth, I find the assertion that birth is violence FALSE. While physically demanding, there is nothing about giving birth that is meant to injure, abuse, damage or destroy — unlike abortion which is only successful if it destroys a human life.

Addressing Marty’s comments about C-sections, episiotomy, and induction, Susan said, “While the first two procedures Robin Marty mentioned do involve making an incision, the intent is to avoid greater injury to the woman.”

She pointed out that none of these procedures occur in every birth, and told Live Action News, “By contrast, EVERY abortion uses violence — whether chemical starvation, surgical dismemberment or lethal injection — to kill a living human being.”

Susan is right. It is abortion that is violent. Rather than being a natural process a woman’s body is designed for, abortion is an unnatural invasion of a woman’s womb.

An abortion tears apart the body of a developing preborn baby through suction or by forceps, starves him or her of vital nutrients, or kills him or her through lethal injection.

Abortion, not birth, is violent.