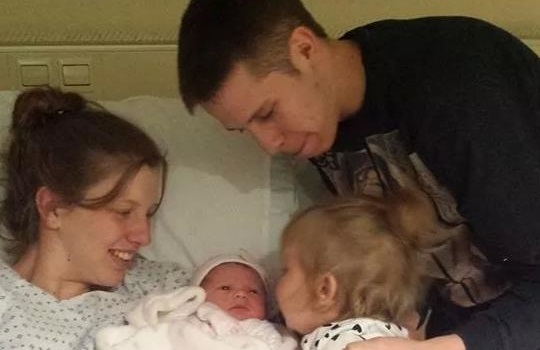 20-year-old Shannon Skinner and her boyfriend, 24-year-old Anthony Hunt, were already parents to 14-month-old daughter Lacie when they discovered they were expecting baby number two. Since they had been using contraception, the pregnancy was completely unexpected and the young couple thought abortion would be best. But after Skinner took the abortion pill, their preborn baby girl Amelia became known as an abortion survivor.

“We call her our miracle baby because we just don’t know how she survived,” Skinner told The Daily Mail. “She must have really wanted to be here. Watching her sleep, I can’t bear to think of her not existing. For a long time I felt guilty, but now I just feel relief.” 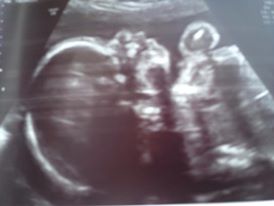 After Amelia survived the abortion pill, her mother struggled with preterm contractions

Labor and delivery with her first daughter had been brutal on Skinner, causing a third-degree tear and ruptured internal organs. Doctors told her that this second pregnancy so soon after the major surgery to repair the damage would pose a serious threat to her health. Doctors made Skinner feel there was no other option than abortion.

“When I found out I was pregnant with Amelia, my first instinct was to keep her, but I kept thinking of Lacie and how unfair it would be on her if anything happened to me and she was left alone or I couldn’t look after her,” explained Skinner, who was suffering from post-partum depression.

At just about eight weeks gestation, Skinner was given the abortion pill at a Marie Stopes clinic in Bristol in the United Kingdom. Though they nearly changed their minds and walked out of the clinic, Skinner still worried about leaving Lacie motherless and convinced herself that her preborn child wasn’t a baby yet — as the abortion industry would have women believe. Skinner was given the two-dose abortion pill regimen, which includes mifepristone to inhibit the progesterone hormone (which is critical to sustaining a preborn child) followed by misoprostol, which she was told to take four hours later. She was also given a contraceptive implant. Former abortionist Dr. Anthony Levatino explains the abortion pill in the video below:

For two days, Skinner dealt with bleeding but she told The Daily Mail that it was minor compared to the guilt that was overwhelming her. However, three months later she felt movement and a pregnancy test came back positive. An ultrasound confirmed the amazing news.

“I just bawled my eyes out because it was the last thing I was expecting,” said Skinner. “I was out of my mind with worry that the abortion pill had affected the baby, but it wasn’t until I saw the 3D scan of my daughter on Christmas Eve that I fell in love with her. Once I’d see her face, everything was different.”

However, doctors told Skinner that her preborn baby could have birth defects from the abortion pill, including limb deformities and nervous system defects. They advised her to have a surgical abortion, which, at 20 weeks gestation, is most commonly a D&E abortion. As Dr. Anthony Levatino explains in the video below, a D&E dismembers the baby while he or she is still alive:

“To see your daughter’s face and then be told you can still go through with an abortion… how can you?” asked Skinner. “It would have involved going into labor and giving birth to a dead baby. I just knew I couldn’t go through that and then have nothing at the end of it. To survive the first abortion, my daughter obviously wanted to be here and I couldn’t go through with a surgical abortion. It didn’t matter to me if she was born healthy or not.”

Dr. Levatino explains a third-trimester induction abortion in this video:

The rest of the pregnancy would prove to be difficult for Skinner and Hunt as Skinner faced severe anemia, uterine prolapse, and health scares including bleeding and contractions at 25 weeks. At 35 weeks, Skinner was diagnosed with symphysis pubic dysfunction, which caused severe pelvic pain and inflammation. 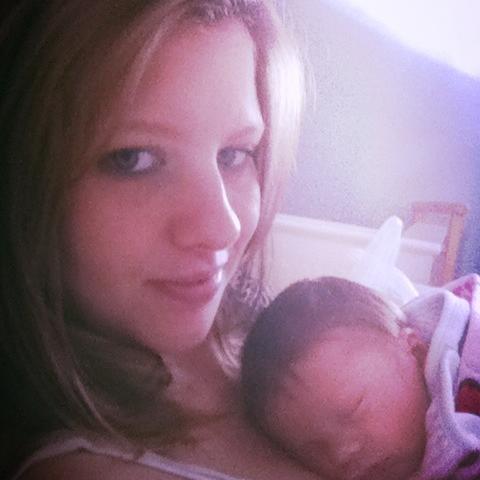 Amelia survived the abortion pill to the delight of her mother. Photo via Facebook.

“I felt so emotional and relieved. I just knew everything was going to be all right,” said Skinner. “I cried with relief when the midwives held up Amelia and said she had the biggest mop of hair they’d ever seen on a newborn. We just couldn’t stop staring at her in wonder, amazed that she was really here. It felt so strange, after all we’d been through.”

Doctors told the couple that they won’t know if there is any lasting damage from the abortion pill until Amelia is four years old. As for now, her parents are grateful that the abortion pill didn’t do its job.

“I want to believe that she is perfect, and my gut feeling is that she’s fine, which would be another miracle,'” said Skinner. “But even if there are problems we don’t yet know about, it won’t change our love for her.”