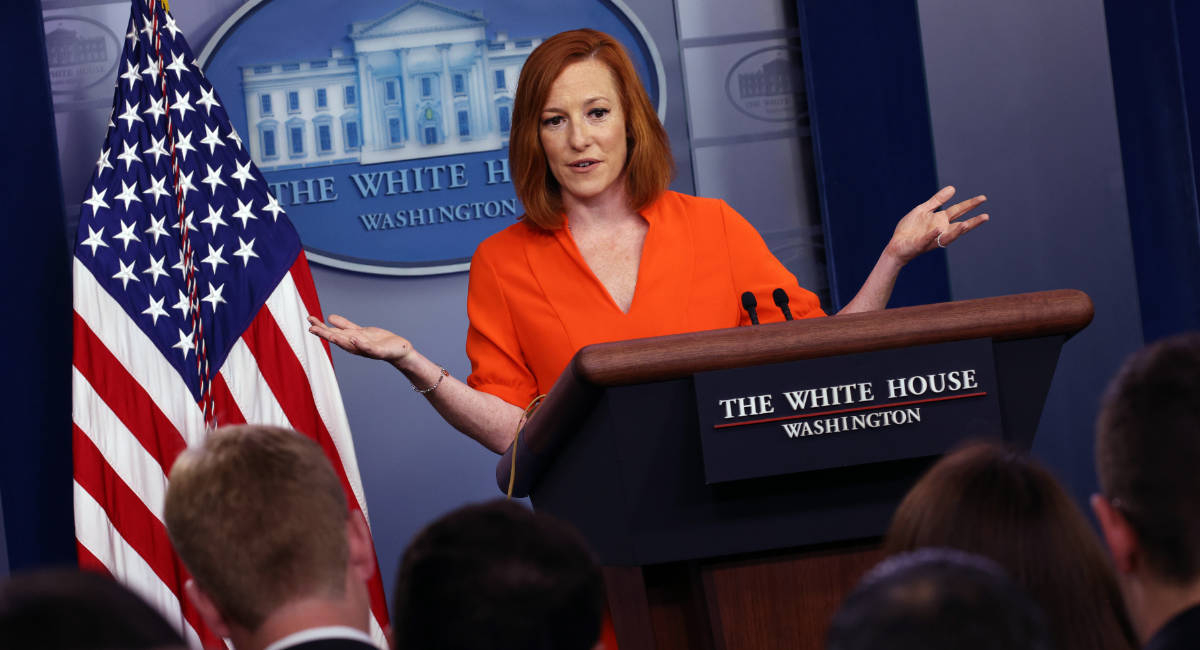 White House Press Secretary Jen Psaki dodged questions from reporters on Monday concerning President Biden’s beliefs about the humanity of preborn children. When asked if Biden, who says he is Catholic, believes that a 15-week-old preborn child is a human being, Psaki completely avoided answering the question.

“Does the President believe that a 15-week-old unborn baby is a human being?” asked a reporter.

Psaki replied, “Are you asking me if the President supports a woman’s right to choose? He does.” 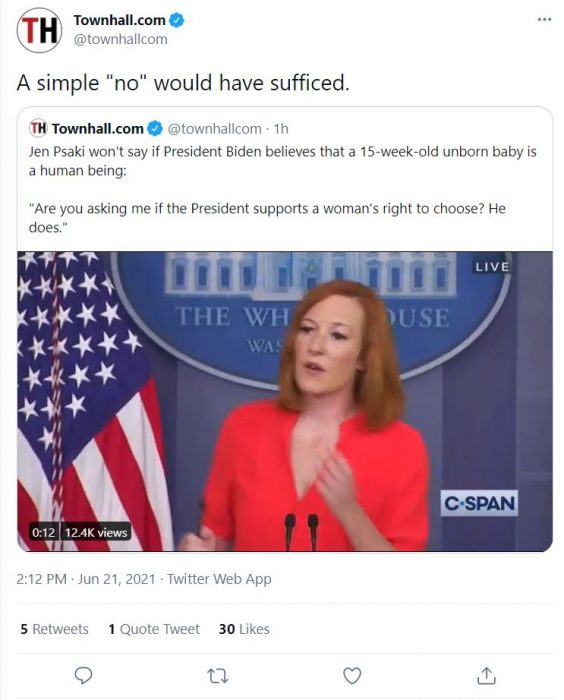 This is at least the fourth government official to ignore in recent days the basic question of whether or not a 15-week-old (four month) preborn child is a human being. Reporters have begun asking the question of government leaders as the Supreme Court prepares to hear Dobbs v. Jackson Women’s Health Organization in the fall regarding Mississippi’s ban on abortion beginning at 15 weeks.

Senator Richard Blumenthal (D-Conn.) told CNS News last week that he would “wait for the Supreme Court decision” regarding the matter rather than answer a question regarding the child’s humanity. As previously reported by Live Action News, pro-slavery attitudes during the 1857 Dred Scott case were similar. In that case, the Supreme Court determined that Black Americans “had no rights which the white man was bound to respect.”

Likewise, both House Speaker Nancy Pelosi (D-Calif.) and Senator Dianne Feinstein (D-Calif.) refused to answer questions about the humanity of a preborn child at 15 weeks, though the science on this is clear. The fact that such ardent abortion supporters avoided answering such a simple yes or no question is telling. As Townhall pointed out, “A simple ‘no’ would have sufficed.”

But if one admits that a human fetus is a human being, then one also admits that every abortion kills a human being. So instead, the necessary obfuscation leads to mere pronouncements of “a woman’s right to choose.”

Psaki also dodged a question concerning the U.S. Catholic bishops’ decision to draft a “teaching document” regarding the sacrament of the Eucharist/Communion and whether or not Catholic public figures such as Pelosi and Biden should be allowed to receive Communion due to their strong pro-abortion advocacy and promotion of abortion in law. 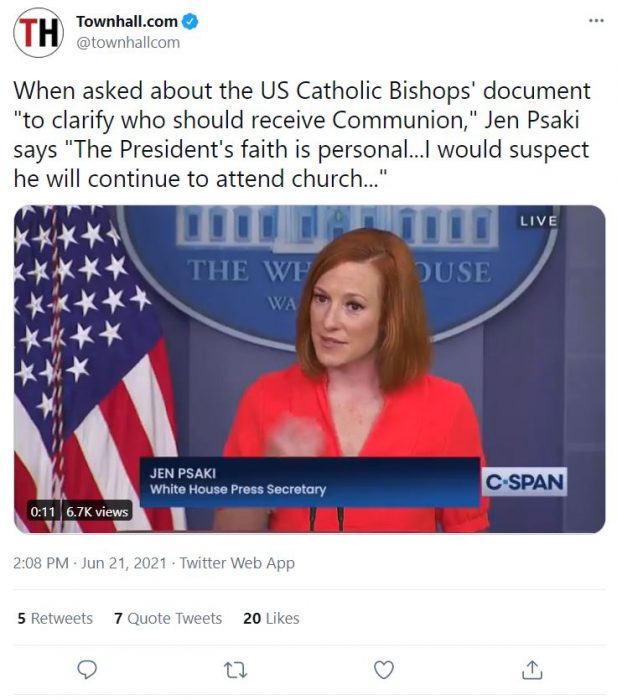 “The U.S. Conference of Catholic Bishops is writing a document to clarify who should receive Communion. And this is targeted at politicians, people who have a high public profile. What’s the president’s reaction to this?” a reporter asked Psaki.

She replied, “Well Joe Biden is a strong man of faith. And as he noted, just a couple of days ago, it’s personal. He goes to church, as you know, nearly every weekend; he even went when we were on our overseas trip. But it’s personal to him; he doesn’t see it through a political prism. And we’re not going to comment otherwise on the inner workings of the Catholic Church.”

The reporter then asked if the decision by the bishops would “make the president reconsider his public support for policies that increase access to abortion or allow access to abortion,” a question which Psaki also avoided answering directly.

Abortion, rather than existing as a mere political issue, is an issue of morality, as the intent of every abortion procedure is to end a pregnancy by extinguishing the life of the child in the womb.