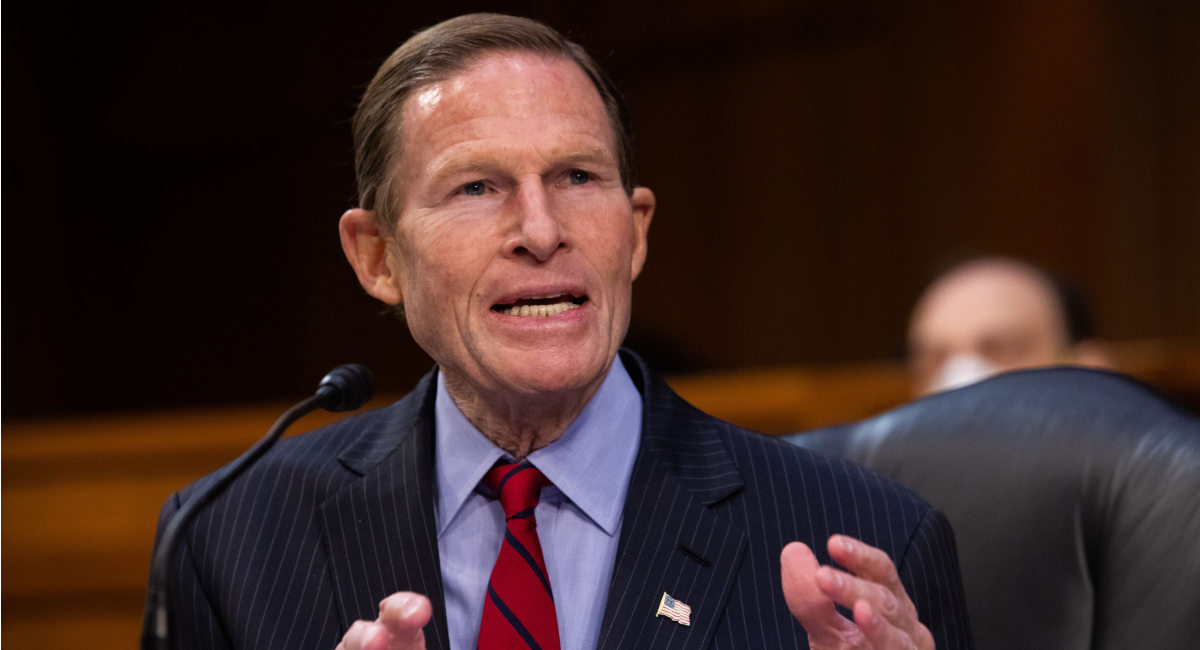 Sen. Richard Blumenthal (D-Conn.), chief Senate sponsor of the Women’s Health Protection Act — which would “invalidate nearly all state-level restrictions on abortion, including existing laws placing limits on late-term abortions,” as National Review notes — recently refused to answer a question regarding the humanity of preborn children in the second trimester of pregnancy, saying instead that he believes abortion at that stage of development should continue to be constitutionally protected.

In relation to the upcoming Supreme Court case Dobbs v. Jackson Women’s Health Organization regarding Mississippi’s 15-week (four month) ban on abortion (details here), Blumenthal was asked by CNS News, “The Supreme Court this fall will review a Mississippi law that bans most abortions after 15 weeks of pregnancy. Is an unborn baby at 15 weeks a human being?”

Blumenthal replied, “You know, I’m going to wait for the Supreme Court decision. Right now, abortion at that point in a pregnancy is legal and constitutionally protected, and I believe it should be.”

However, it should be scientific fact, not politics, that determines humanity. Suggesting that a court should decide if a human fetus is human is a horrific mistake reminiscent of the 1857 Dred Scott case in which the Supreme Court ruled that Black Americans — whether free or enslaved — “had no rights which the white man was bound to respect.” 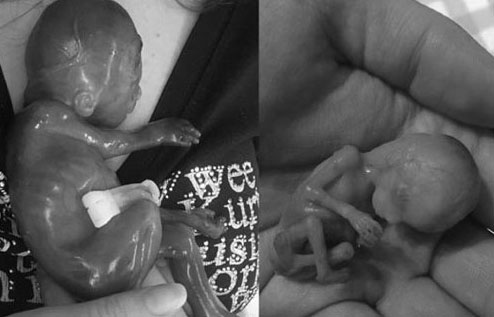 Barnabas and Hannah, miscarried at 19 and 14 weeks.

What does science say about human embryos and fetuses? It definitively states that they are human beings. Embryology textbooks are clear that life begins at fertilization, making a zygote, an embryo, and a fetus conceived by human parents all part of the human family.

“A zygote [fertilized egg] is the beginning of a new human being,” according to the book, “The Developing Human: Clinically Oriented Embryology” by Keith L. Moore, an award-winning embryologist. “Human development begins at fertilization, the process during which a male gamete … unites with a female gamete or oocyte … to form a single cell called a zygote. This highly specialized, totipotent cell marks the beginning of each of us as a unique individual.”

Additionally, in the embryology textbook “Human Embryology & Teratology,” it is clearly stated, “Fertilization is an important landmark because, under ordinary circumstances, a new, genetically distinct human organism is thereby formed[.]”

There is no question that a human fetus is a human being. At 15 weeks, a preborn child has a beating heart, brainwaves, fingers, and toes. Her teeth are growing and she can make complex expressions with her face. She also responds to touch and can feel when the abortionist uses his tools to grasp her limbs and tear them from her body. She is just six weeks shy of being able to survive outside the womb. All she needs is more time to finish developing in the safety of her mother’s womb.

Blumenthal is ignoring science. By stating that he will let the Court decide if a 15-week-old human fetus is a human being or not, he is discriminating against humans based on their age and location. The Courts cannot determine humanity and should not be given the power to do so. The issue isn’t whether or not a human fetus at 15 weeks is a human being (it clearly is), but whether or not the Court will choose to recognize these human beings as persons worthy of protection under the law.