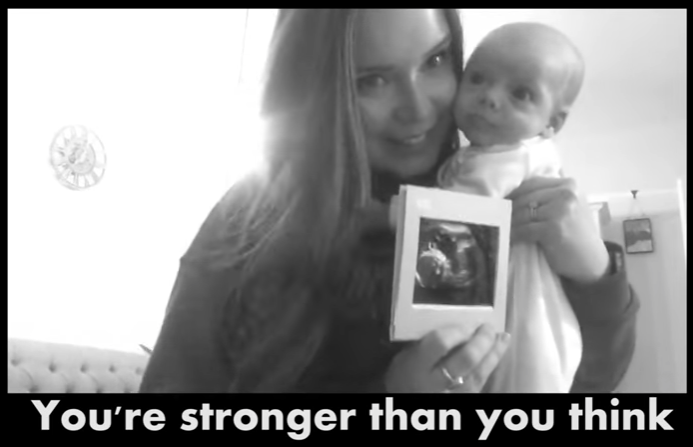 In less than a month, Ireland will hold a referendum on its constitution’s Eighth Amendment, which currently “acknowledges the right to life of the unborn and, with due regard to the equal right to life of the mother, guarantees in its laws to respect, and, as far as practicable, by its laws to defend and vindicate that right.” The Eighth Amendment is one of the world’s most famous pro-life laws.

The pro-abortion side of the debate is not wanting in funding and campaign strategy, and some activists in its ranks have nevertheless resorted to threatening violence against pro-life gatherings. Some of Ireland’s pro-life advocates are responding to the downpour with a renewed, creative passion for their constitutional protection of women and children.

“Unborn babies are currently protected by the Irish Constitution, however the majority of political parties are seeking to repeal this protection,” Katherine Black and her fellow musicians of The Mustard Seeds band told Live Action News. “Given this political and accompanying media bias, it is quite difficult to be pro-life in Ireland at the moment.” Black, a devoted pro-life activist and a mother expecting her eighth child, was recently inspired to write lyrics from a baby’s perspective.

“We were feeling a little overwhelmed by the modern narrative against unborn babies and motherhood. So we wanted to create a musical counterpoint, a way we could speak to the heart,” Black says of the band that formed eight months ago out of Wexford, initially for a Christian Youth Conference. “We strongly feel that music, song and pictures can speak to people’s deeper intuition and sense of truth.” Acting upon this premise, they created a song that captures the sacred bond between mother and preborn child.

Black, a traditional Irish musician, says that the melody for the song came to her while she was singing in the shower. Accomplished pianist Carla Maria Corless then composed accompaniment and harmonies on the piano, while Neil Foley tweaked the lyrics and incorporated guitar and backing vocals. “What emerged was Together Beat Our Hearts,” The Mustard Seeds members affirm. “A song of positivity and hope, compassion and humanity.” 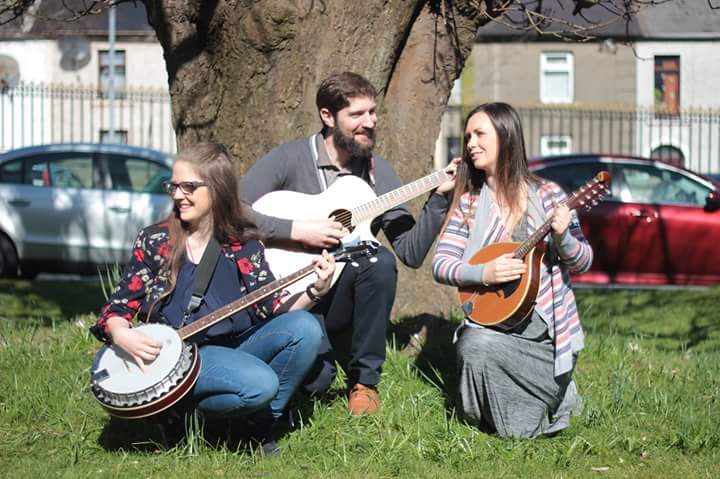 The band decided to connect the song with real lives through a music video (watch it here). “No song is complete without a video nowadays so the call was put out to mothers throughout Ireland to submit short video clips of them with their children holding their sonograph scans,” says Black.

“We were delighted by the number of responses we received and Carla set to work compiling all the clips and adding the song lyrics to produce the final video. We wanted to show the connection between the unborn child and the living breathing babies, children and teenagers in the world today. We feel we’ve achieved this and expressed our belief that we are all human from the moment we are conceived, we all have inherent human rights and we all deserve the chance to live.”

The video has been most viewed on Facebook (27,000 views), and has a small growing audience on YouTube as well (2,300 views). The Mustard Seeds are aware that the music video has moved some to tears, and has struck a chord with media observers.

“[O]ne prominent Irish commentator and journalist stated recently that ‘[this] song says something about a cultural coming of age of the right-to-life idea… [something] that has been blocked by culture, but is now pushing its way in.’ Hopefully the tiny mustard seed can grow and who knows what may nest in its branches,” says Black.

The Eighth Amendment was enacted in 1983 with 66.9% of the vote in favor of protecting the pre-born. The referendum will take place May 25th.