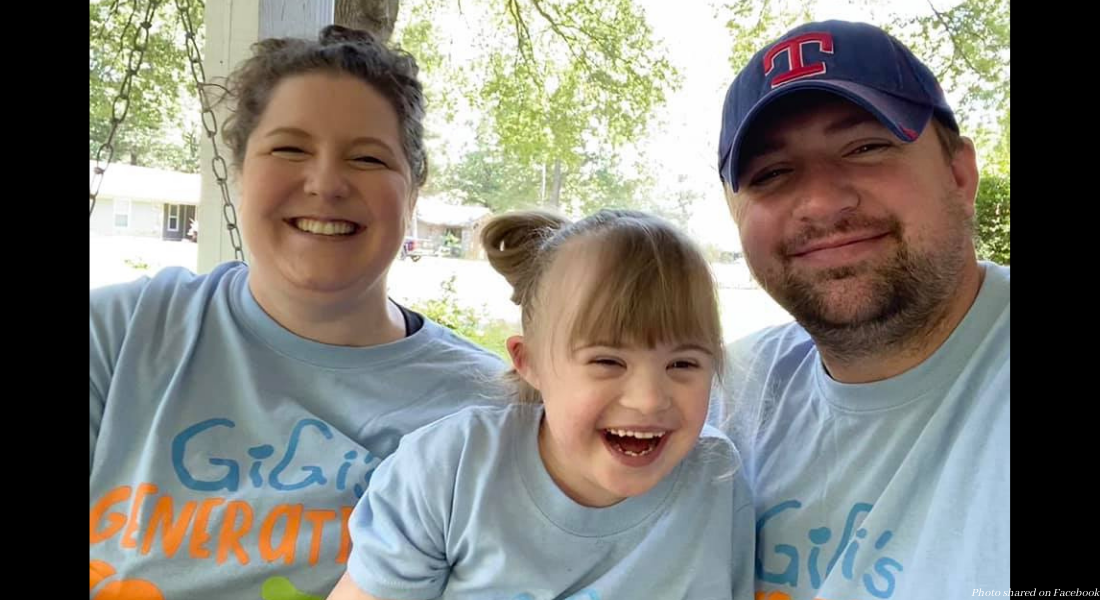 A little girl with Down syndrome was denied a heart transplant solely because of her disability — and thanks to a new bill that passed unanimously through the state House and Senate, other Arkansans with disabilities will never have to face that situation.

SB 155, also known as Lila’s Law, would prohibit someone from being denied an organ transplant simply because of a disability. Under Lila’s Law, if discrimination is alleged, petitioners are guaranteed a quick hearing in local courts to handle the issue, instead of waiting years for the case to wind through the court dockets — years that people with disabilities awaiting transplants often do not have.

In a Facebook post, Lila’s mother, Lainey Morrow, explained how they have been fighting for over four years to ensure no one else experienced the pain they did. “The Cardiologist told us they would never consider Lila for a heart #transplant – only because she has #DownSyndrome,” she wrote. “She was healthy and had a great support system. She had a full life ahead. Her heart was the only problem, and they didn’t know if they could fix it. We were helpless. Fortunately the heart surgery seems to have worked, but we still face this fear at every Cardio appt.”

The Morrow family was also helped by another member of the Down syndrome community: State Senator Breanne Davis. In her own Facebook post, Davis said she met the Morrows when she was campaigning to be a senator and was pregnant with her daughter, Everly, who had been diagnosed with Down syndrome.

“Lainey told me about an issue she experienced first hand with her daughter and had since researched. The issue was discrimination against those with a disability who needed an organ transplant and it’s been happening all over our country, throughout our healthcare system,” she wrote, adding, “The truth is, many people still think if you have a disability, your quality of life just isn’t the same as those without a disability. I love that Lainey was persistent as she advocated for her daughter, my daughter, and the thousands of people across our state who have a disability. Lila’s Law will be signed into law because she helped us understand an issue we otherwise would not have known existed.”

All the bill needs now to be passed into law is the governor’s signature.

A similar bill is under consideration in the U.S. Congress, as there is currently no federal law prohibiting this kind of deadly discrimination. While many believe the Americans with Disabilities Act (ADA) prevents this kind of discrimination, this is not true. A 2008 study from the Autism Self-Advocacy Network found that 85% of pediatric transplant centers take neurodevelopmental status into consideration for approving or denying transplants. A 2016 letter sent to the U.S. Department of Health and Human Services’ Office for Civil Rights included a statement from Dr. Arthur Caplan, director of medical ethics for New York University’s Langone Medical Center, which said, “If the potential recipient is severely intellectually impaired… I do not think it makes sense to consider that child for a transplant.”

Ashley Helsing, director of government relations at the National Down Syndrome Society (NDSS), said this kind of medical discrimination is due to lingering ableism and is not based in reality. “There have actually been studies done that show that people with disabilities actually do better after getting a transplant than people without,” Helsing told TODAY. “Again, it goes back to those preconceived notions and misconceptions that are rampant in society.”