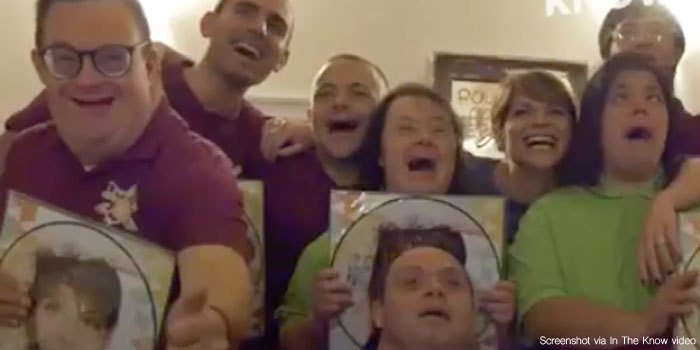 La Locanda dei Girasoli is a pizzeria in Rome, Italy, which might not seem unusual at all… except for the fact that the majority of the restaurants employees have Down syndrome or some other type of disability.

The website for La Locanda dei Girasoli states (translated from Italian), “We are a welcoming Restaurant – Pizzeria that since 1999 combines the love for quality cuisine with the social and working inclusion of young people with Down syndrome, Williams syndrome and specific disabilities.” The business’s stated overall objective is “to promote the employment of people with Down syndrome, ennobling and giving dignity to the person through an individual path, training and job placement.”

Some individual employee biographies are even featured on the website. The video below from In The Know shows the smiling, hardworking employees, adding that the restaurant “was founded in 2000 by a family who wanted to create a positive environment for their son and others with Down syndrome.”

In the U.S., Blake Pyron, a 20-year-old young man who owns Blake’s Snow Shack, a snow cone business, is the first business owner with Down syndrome in the state of Texas. People like Blake and the employees of La Locanda dei Girasoli prove that they are just as capable as everyone else, and can learn valuable skills to help them succeed in social settings and in business. Pastor Jim Mann, a friend of Blake’s, summed up the feelings of many when it comes to those with disabilities, saying, ““You celebrate these people as people. See them for what they are and what they can contribute.”

According to the video above, the owners of La Locanda dei Girasoli plan to open a second restaurant soon.