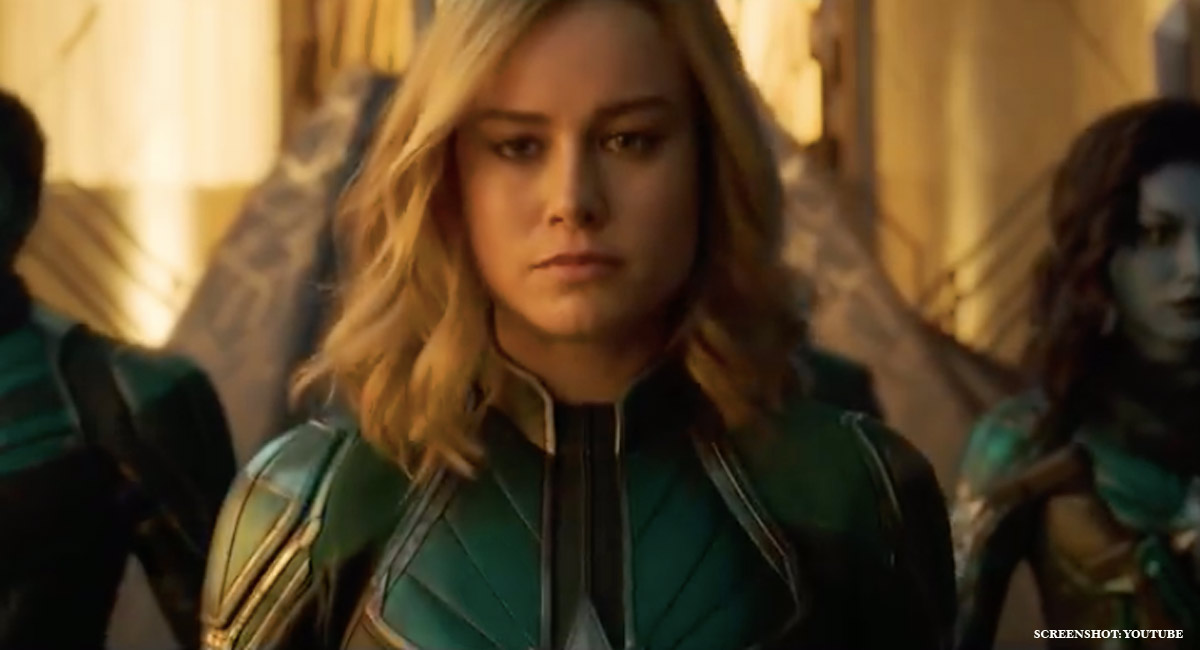 Brie Larson has become Hollywood’s newest ‘it girl,’ thanks to her performance in Captain Marvel. Larson plays the lead as Carol Danvers, an Air Force pilot who receives incredible powers after an explosion alters her DNA. She ultimately uses those powers to  protect a group of refugees who are being genocidally hunted down. The film has received largely positive reviews, and much has been made of Larson’s off-screen outspoken feminist leanings. But there’s a problem with her brand of feminism: Larson is an ardent supporter of Planned Parenthood.

Larson has openly advocated for the abortion corporation, attending fundraisers and appearing in a video with other celebrities, urging Americans to contact their legislators in support of Planned Parenthood.

Every month I donate to Planned Parenthood. I #StandWithPP & the 2.5 million who rely on them. #PinkOut the internet! 💗🌸🎀👚👛🦄🎆💞

Larson has also been heavily involved in the Time’s Up and #MeToo movements — part of her reason for accepting the role of Danvers. She saw the film as an opportunity to spread her message. “The movie was the biggest and best opportunity I could have ever asked for,” she said in an InStyle interview. “It was, like, my superpower. This could be my form of activism: doing a film that can play all over the world and be in more places than I can be physically.”

The desire to advocate for women is admirable, and Larson’s intentions seem to be good, wanting to fight for the vulnerable and oppressed. But supporting an organization that plays a role in the very oppression she is fighting isn’t the way to do it.

Criminal court cases, civil lawsuits, news reports, and health department reports have exposed Planned Parenthood’s willingness to cover up the sexual abuse and rape of children. This information can be seen in Live Action’s Aiding Abusers docuseries. Children as young as 12 were taken to Planned Parenthood for abortions, and then were returned to their abusers, without notifying authorities.

Planned Parenthood has shown willingness to cover up child sex trafficking and statutory rape in past Live Action investigations — and this doesn’t just happen with undercover investigators. There are real-life circumstances of this happening around the country, some of which is documented in the Aiding Abusers docuseries.

Women who visited Planned Parenthood have reported being manipulated, lied to, and pressured into abortion. Legitimate health services there have plummeted over the years, and it has lied about what services it does — and doesn’t — provide, like mammograms.

At the same time, its abortions are increasing.

Fighting to end rape, sexual abuse, and harassment is a laudable goal. The message of the Time’s Up movement is needed, both outside of Hollywood and within it, a sentiment Larson expressed herself. “It’s not just our industry that’s having an issue; it’s everywhere,” she said in an E! red carpet interview. “Many of us are experiencing harassment, abuse, discrimination in our day-to-day workplaces, and that it’s not some weird hypnotism, that it’s real. It’s very much happening.”

But if Larson is serious about advocating for victims, she must inform herself about which organizations help vulnerable women and children, and which ones hurt them… like Planned Parenthood.