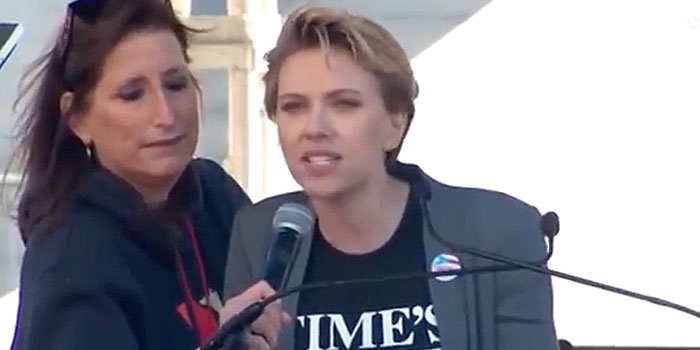 The MeToo and TimesUp movement have so far been silent, refusing to condemn the decades-long complicity of Planned Parenthood in failing to report child sexual abuse, highlighted in Live Action’s recently released Aiding Abusers docuseries. Live Action’s Aiding Abusers report includes horrific accounts of child sexual abuse compiled from criminal court cases, civil lawsuits, news reports, and health department reports — some previously published in the public record by other pro-life and legal organizations — as well as newer cases which detail how victims as young as 12 were taken to Planned Parenthood for abortions, and then returned to their abusers for additional abuse.

The latest video release from Live Action draws attention to those who claim to stand with women who have been victims of abuse, but lend their voices in support of an organization which aids abusers and traffickers. It features contrasting statements from celebrities and supporters of Planned Parenthood, driving home the idea that “If you support Time’s Up and Me Too… then you can’t support Planned Parenthood.”

In just one example, actress Brie Larson, who has been part of the TimesUp movement since the beginning, correctly stated at the SAG Awards, “It’s not just our industry that’s having issues, it’s everywhere… it’s across industry….”

One of the few industries untouched by TimesUp and MeToo outrage happens to be the abortion industry, including its leader, Planned Parenthood. It sadly appears that Ms. Larson’s refusal to condemn the organization — one she previously tweeted that she regularly donates to — may be deliberate and driven by a pro-abortion agenda, rather than by concern for sexual abuse victims.

Larson is not the only voice behind the MeToo and TimesUp movements, which are playing politics by refusing to call out one of the biggest enablers of abuse, Planned Parenthood.

But the silence could not be more deafening than that which comes from MeToo founder, Tarana Burke, who is an outspoken supporter of Planned Parenthood. Her words against sexual abuse and for the support of sexual abuse victims are noble, but fall flat in the face of her continued silence on the cover-ups at the abortion business. 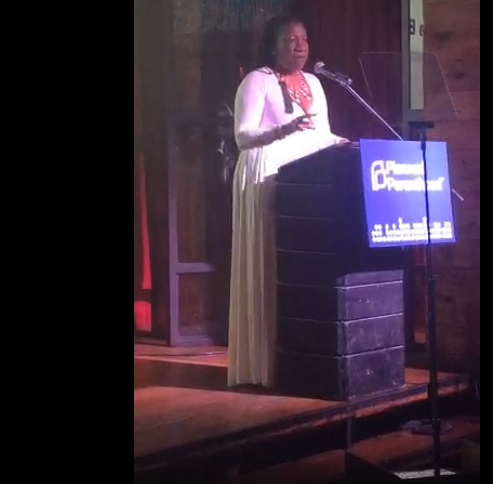 Burke has been on record claiming that she wants to “move towards a world where we can end, or at least interrupt, sexual violence.”

Yet Burke remains silent on Planned Parenthood’s failure to “interrupt sexual violence,” even after Live Action News previously documented how a sexual abuser took his victim there — not once, not twice, but three different times to cover his crimes. The November 2017 Court of Appeals document detailing the crimes of George Savanah reveals clearly how the abortion giant enabled abuse by repeatedly returning Savanah’s victim back into the predator’s arms.

The young rape victim told authorities that Savanah impregnated her a total of three times at the ages of 14, 16 and 17, and each time he took her to Planned Parenthood for abortions to cover the crime. Any pregnant 14-year-old brought in for an abortion should automatically trigger suspicion from a medical provider, including mandatory reporters like the abortion business. But this so-called women’s health care provider, which Burke continues to support, has been shown time and again to cover up sexual abuse, and often Planned Parenthood sees no red flags with such victims.

Tragically, the sexual assaults only became public once the victim, not the abortion facility, spoke to her aunt about the abuse, nearly seven years after the victim was taken for her first abortion at Planned Parenthood.

Actress Emma Watson advocates support of Planned Parenthood, despite the organization’s disregard for the safety of sexually abused children taken to its facilities. She also remains silent.

The question is worthy of an answer, except, apparently, if the enablers happen to be the nation’s number one abortion provider, funded in part by taxpayers.

It would seem that Trevor Noah and other Hollywood elites care little about victims such as Denise Fairbanks, whose father raped her and took her to the abortion corporation for a forced abortion to cover the crime. Fairbanks, in her lawsuit filed against Planned Parenthood and several staffers, claims that she told Planned Parenthood about the horrific sexual abuse only to be given the abortion and ignored, then returned to the predator for further abuse.

According to her attorney, Brian Hurley, who represented Denise, when the victim was taken to Planned Parenthood…

The Planned Parenthood employee said to her something to the effect, “If you’re going to sleep around you need to get on birth control.”

And Denise was stunned, and she took that as really an insult, that she was being called a whore. And, so, what Denise… said in response was, “This was not supposed to happen, I was forced to do things I didn’t want to do.”

Hurley told Live Action, “Had they reported Denise’s abuse immediately, the abuse would have stopped…. Unfortunately, it was a year later.”

Other voices of hypocrisy captured by Live Action include long-time Planned Parenthood advocates such as Scarlett Johansson and Kristen Bell.

As a recipient of millions of dollars from the federal Title X program, and hundreds of millions from other state and federal agencies, violation of mandatory reporting laws regarding the reporting of child abuse should result in Planned Parenthood losing government funds. Because of this, the Trump administration has published a proposed rule change to Title X, to further require organizations like Planned Parenthood to comply with mandatory reporting laws. While the public has been asked to comment on the new rule, to date, no one from the MeToo or TimesUp movements, Hollywood, or the mainstream media has bothered to call this abortion profiteer out for enabling sexual abuse.

The complicity of silence is deafening.