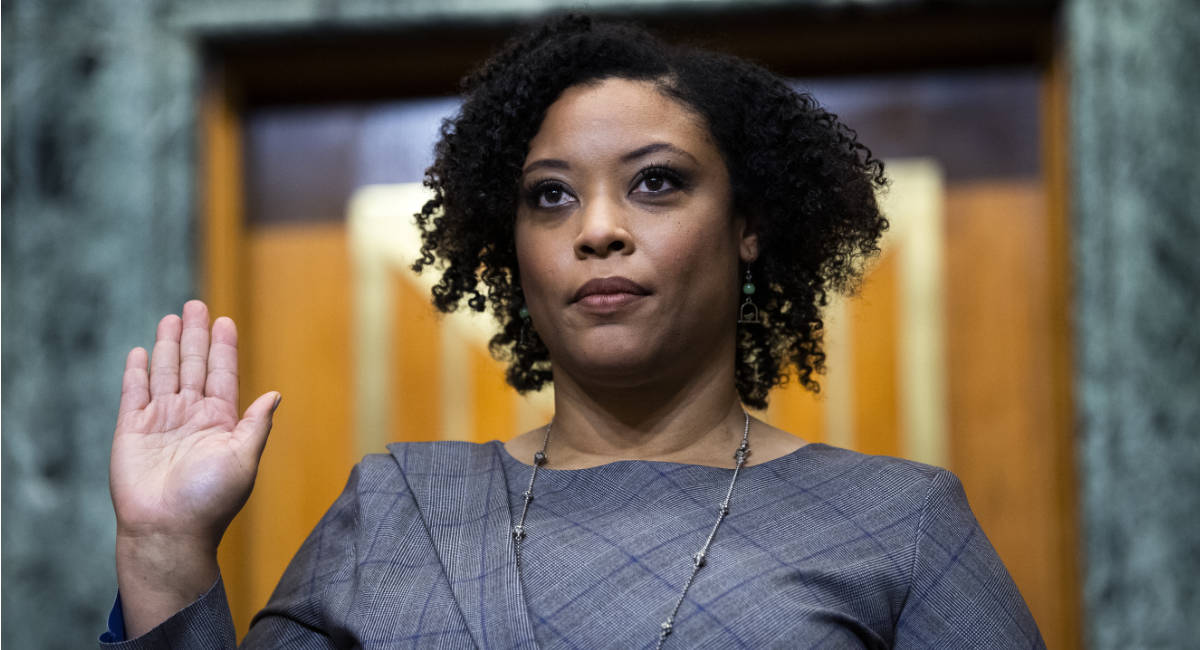 On March 10, the Senate Homeland Security and Governmental Affairs Committee and Senate Budget Committee approved the nomination of Shalanda Young, a political advisor, as deputy director of the White House Office of Management and Budget.

Young is considered a front runner for the position, with ties to Congress, where she was a member of the House Appropriations Committee for 14 years. Some conservative politicians even urged Biden to name Young as his nominee. She would be the first Black woman to lead the OMB, but one of her latest statements may threaten the bipartisan support she has thus far received.

According to The New York Post, several senators have said that the reason they voted against her nomination in committee on Wednesday was her statement that abortion access is about “racial justice.” In a written answer to a question on the Hyde Amendment, which prohibits the use of federal funds to pay for abortions through programs such as Medicaid, Young stated:

The President has spoken in favor of Congress ending the Hyde Amendment as part of his commitment to providing comprehensive health care for all women. Further, eliminating the Hyde Amendment is a matter of economic and racial justice because it most significantly impacts Medicaid recipients, who are low-income and more likely to be women of color.

Christina Bennett, Communications Director for the Family Institute of Connecticut, previously explained to a House Judiciary Committee why she believes the Hyde Amendment is actually vital in protecting women and children who are low-income and of color.

“[W]omen are coerced into having abortions by their parents, by their partners, by their employers, and by the abortion industry workers, staff, and doctors,” Bennett told Live Action News. “And so when you make abortion free [of cost to the client], you’re adding to that encouragement. You’re encouraging abortion when you make it free because, just in general, that’s a sales tactic, making something free. If something is free you’re going to consider it regardless of what it is. If someone says, ‘Do you want this? It’s free.’ You’re going to think, ‘Do I want this?’ So, for women who are already vulnerable, already under pressure to abort, it becomes this enticement.”

Medicaid helps low-income women pay for their pregnancy care and helps to cover the cost of their child’s health care after the baby is born.

“This is a government that has had so many abuses against people of color, and to think that on top of that, it’s going to fund abortion!” Bennett told the Subcommittee. “[It is] at the least irresponsible and at the most sinister to allow the federal government with a history of eugenics, slavery, Jim Crow laws, and other forms of systemic racism to pay for-profit organizations to end the lives of the vulnerable.”

Young is not the first to claim the Hyde Amendment is racist, but the opinion is seen as “a pretty radical ideological agenda,” according to a Senate Republican source who spoke to the New York Post.

“At least we know now where she stands,” that source said. “This certainly will do nothing to help her on the floor.”