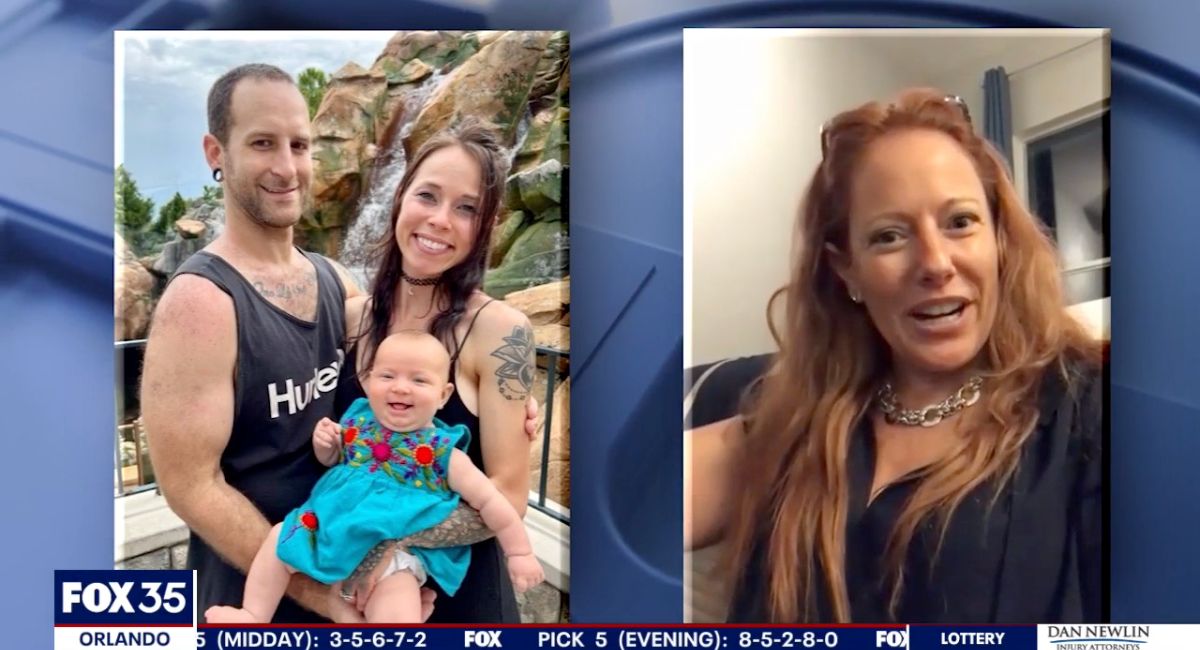 Last week, Alyssa and Devin McFall were traveling to Orlando for a family trip to Walt Disney World when they noticed their baby’s lips were turning blue. Anjale, a 3-month-old baby girl, had no history of respiratory issues but had suddenly stopped breathing on the Spirit flight. Thankfully, a nurse was on the same flight and jumped in to help.

Nurse Tamara Panzino heard a flight attendant announce, “We have an infant not breathing.” When a follow-up announcement asked if there was a doctor on board, Panzino ran to the back of the plane to check on the baby. An OB/Gyn on the flight also came to help.

Panzino explained, “I had no idea whether the baby was choking, if the airway was clear. I did not know what I was dealing with. Saw an infant. The head was back. Blue lips and her skin turning blue. Clearly in distress. Not breathing. And my heart just dropped.”

The retired nurse’s years of experience took over causing her to hand the baby to her father to hold while she did, “a sternal rub, kind of an aggressive shake of the chest. Get the baby to react by pinching it. Trying to make it cry or take a deep breath.”

As they moved to the front of the plane, “The baby’s color started looking better. I was so glad and kept shaking it aggressively,” Panzino explained. CPR did not have to be performed, but according to reports Anjale was given oxygen.

“Spirit had everything we needed right onboard, and before we knew, within a few minutes, the baby was home free,” Panzino said. “The baby was going to be good. The color came back. I heard breathing sounds. I heard (a) heartbeat. Oh, my gosh, total relief.”

Ian Cassette, a FOX 35 meteorologist, was also on board the flight from Pittsburgh to Orlando and spoke with the McFalls. “It’s just a miracle that those certain people were on the plane to take of such a horrible situation,” said Devin McFall. “It was meant to be that they were there.”

In response to being called a hero, Panzino said, “It’s not a hero thing. It’s a community coming together and everyone volunteering to help with what their knowledge can do. I’m glad I was there.”

The couple brought baby Anjale to see a doctor, but the cause of the in-flight emergency remains unknown. Since the scary event, Anjale has not experienced any other troubles. Her family is grateful for their hero onboard the Spirit flight. “My heart completely goes out to Tamara,” Alyssa explained, “and I could never thank her enough for being so caring.”