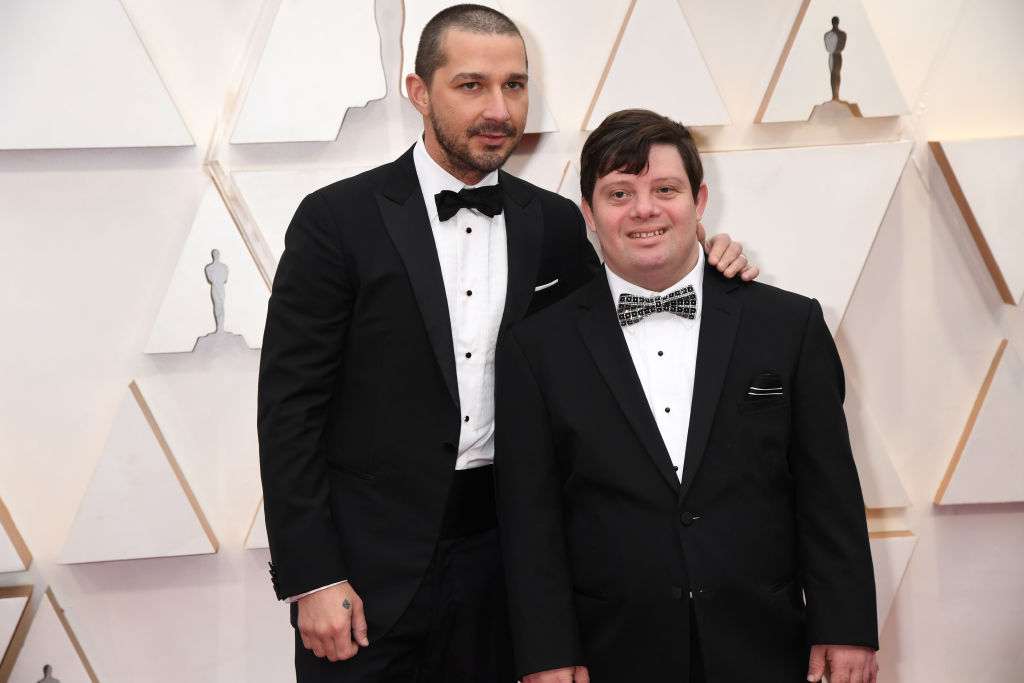 Last year, “Peanut Butter Falcon” became a breakout hit. The film, starring veteran actor Shia LeBeouf and newcomer Zack Gottsagen, was notable because Gottsagen has Down syndrome. LeBeouf and Gottsagen became close during filming, with LeBeouf notably saying that Gottsagen saved his life, and that bond paid off. “Peanut Butter Falcon” was a hit in theaters, and garnered almost universal acclaim from critics. It also led to a history-making moment at the Oscars this weekend.

The annual Academy Awards are an important night for Hollywood, attended by A-list celebrities and watched on television by millions. Yet actors with disabilities have largely been left out of the ceremony until now. Gottsagen and LeBeouf walked the red carpet together and then presented the Oscar for best live-action short film. It’s the first time someone with a disability has ever presented an Academy award.

Gottsagen’s achievement was applauded by many, who were thrilled to see people with disabilities represented at the Academy Awards. “For nearly a century, disability has been glaringly left out of the conversation on diversity in Hollywood. Tonight’s award presentation marks a substantive step forward for both the Academy and the entertainment industry as a whole,” Jay Ruderman, president of the Ruderman Family Foundation, said in a statement. “It is our sincere hope that this milestone serves as a springboard for greater inclusion in Hollywood, including through increased authentic casting of actors with disabilities in disability-based roles, and able-bodied based roles.”

READ: Actor with Down syndrome stars in episode of Sesame Street

Only two actors with disabilities have ever been awarded an Oscar; yet meanwhile, as Kranking pointed out, countless actors have been given awards for portraying someone with a disability.

“Actors, directors and producers in Hollywood say how much they want actors with disabilities to star in movies with them,” Kranking said. “However, they keep on inserting themselves in disabled roles…. Writers sometimes even write disability out of movies, such as Disney’s ‘Christopher Robin’ (2018) when they wrote Christopher Robin’s real-life daughter’s cerebral palsy out of the movie.”

Gottsagen’s moment in the spotlight was a huge step forward for people with disabilities in the entertainment industry, but more can be done. The disability community is the largest minority group in the United States, and they deserve the opportunity to tell their own stories, and to receive accolades and awards when they are deserved.