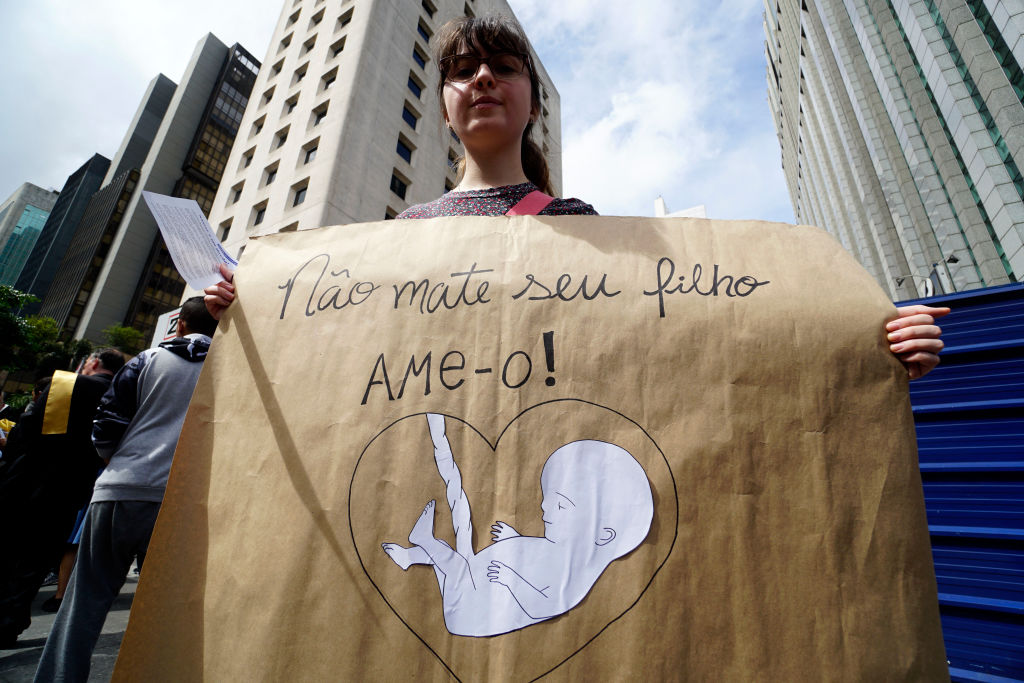 Last week, the Associated Press (AP) claimed that due to Argentina’s legalization of abortion at the end of 2020, women in Brazil are crossing the country’s borders to get abortions in the country. Brazil’s government condemned the vote and vowed to continue protecting the preborn. According to the AP, Brazilians don’t need a passport to enter Argentina, making the trip between countries relatively simple. But no matter how easy abortion is to access, there is no guarantee of a “simple” abortion. Women who see abortion as a easy fix to their problems are tacitly admitting that society has failed them.

The AP profiled just two women for its story, both said to be “without means.” One of them, who remained anonymous, grew up in a favela, or a Rio de Janeiro slum, where the AP said “she frequently saw unplanned pregnancies derail women’s lives, burdening them with responsibilities and making it even harder to have careers or social mobility.” She has since left the favela and is preparing for a career in medicine, the specifics of which were not shared, and is unexpectedly pregnant. She now wants an abortion in Argentina, calling it “a chance. I still have an alternative. That leaves me feeling more secure,” she said. Of what she saw of unplanned pregnancies in the favela, she added, “It’s hard to get out of that reality.”

According to the pro-abortion group Human Rights Watch, “abortion is legal in Brazil in cases of rape, when necessary to save a woman’s life, or when the fetus has anencephaly…. To have a legal abortion, a woman or girl needs approval from a doctor and at least three members of a multi-disciplinary team – made up of an obstetrician, anesthetist, nurse, social worker and/or psychologist.”

The other woman interviewed by the AP was 21-year-old Sara, who still lives with her mother and did not tell her family about her pregnancy or abortion. “Having a child that I don’t want, and have no conditions to raise, and being obliged, would be torture,” Sara told the AP.

While the AP gave no other examples of women fleeing to Argentina to undergo abortions, various pro-abortion advocates were interviewed, praising the development as a positive for women. Mention was made of organizations raising money to hep women get abortions, yet no attention whatsoever was given towards the reasons these women felt that abortion was the only choice they could make. No mention was made of any charities attempting to help women and their children to live fuller, better lives without abortion, and no mention was made of the men involved with the women in difficult circumstances.

In a statement on the Feminists for Life Facebook page, president Serrin Foster pointed out that women are leaving their country for abortions because they aren’t being properly supported.

If it is true that women are going to Argentina, Foster says it is “[b]ecause they are not supported with resources and support. Or perhaps because they do not believe in their own capacity. Maybe they have been abandoned or fear it. Or they may be experiencing abuse and violence. Whatever the reasons, we know that women are strong and capable, and that there is help. Where there is not help, we should work to develop support and resources. We will not capitulate. That is not feminist. Women in South America deserve better, and their children are just as precious.”

As the unnamed woman in the AP story pointed out, the only thing she knew of unplanned pregnancy was that it ruined women’s lives; she has never had the opportunity to witness a society in which women are given the help and resources they need, so they don’t feel forced to choose between their own futures and their children’s lives.

The reality is that abortion does not liberate women; it is a sign that society has failed women. Women need the ability to give birth and raise children without compromising their ability to pursue an education, have a career, and live safely — and if that isn’t possible, then what needs to be changed is not the ability to kill a preborn child, but more resources and support. The answer to an unplanned pregnancy is never to eliminate the child, but to eliminate the crisis situation.