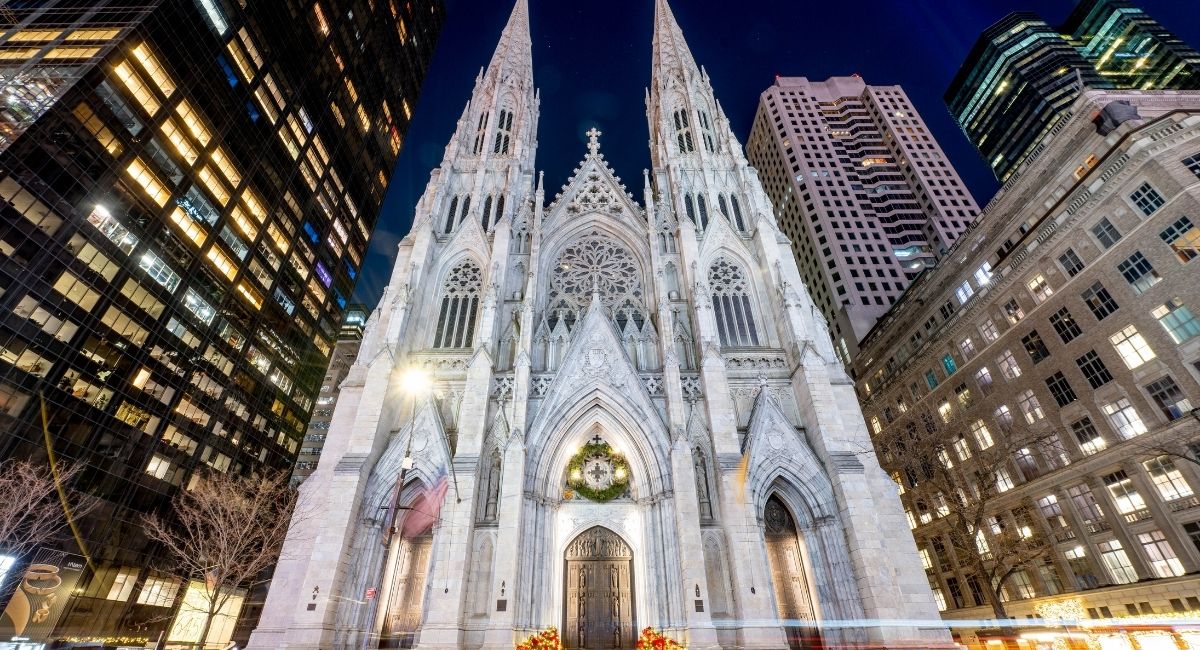 Less than a week after abortion activists mobbed the Old St. Patrick’s Cathedral in New York City, the historic church is under threat again. As part of the country-wide protests over the leaked Supreme Court draft opinion overturning Roe v. Wade, abortion activists attacked churches on Mother’s Day — and evidently, the assault isn’t over yet.

In an interview with Fox News, Rev. Brian Graebe said the threats and attacks that the cathedral is currently receiving are worse than what they have experienced in the past. Typically, the parish hosts a pro-life Mass each month, after which the congregation walks to Planned Parenthood, located just one block away, and prays the rosary. But Graebe said police told them it would not be safe this weekend, and so the event could not proceed after nearly 100 abortion activists showed up.

“They recognized many of the faces in the crowd as what they termed ‘professional agitators,’ and warned that our safety and protection could not be guaranteed,” Graebe explained. “Everyone’s sort of on tenterhooks waiting to see how this fallout continues, when the Supreme Court issues their ruling, what that ruling is. We’ve been doing this for over a decade every month, rain or shine, and we certainly intend to continue doing so. We hope that the police are able to protect us so that we can express our faith and our belief in the sanctity of every human life.”

That protection is seemingly needed now more than ever, as there have been both bomb and arson threats against the cathedral, which was originally founded in 1785.

“The vast amount of phone calls we’ve received have been very supportive and encouraging, but we have received a number of threats to bomb the church, burn it down, and very hateful and vile messages,” Graebe said. “And so we are just on high alert to make sure that the church and our people are protected.”

These threats need to be taken seriously, as numerous pro-life buildings have been firebombed, vandalized, or attacked in the past week. Churches are likewise being vandalized with pro-abortion graffiti. Abortion activists have also been protesting in front of the homes of the Supreme Court justices who appear to be voting to overturn Roe v. Wade, making it clear that this violence is part of an intimidation campaign to scare the justices into changing their votes.