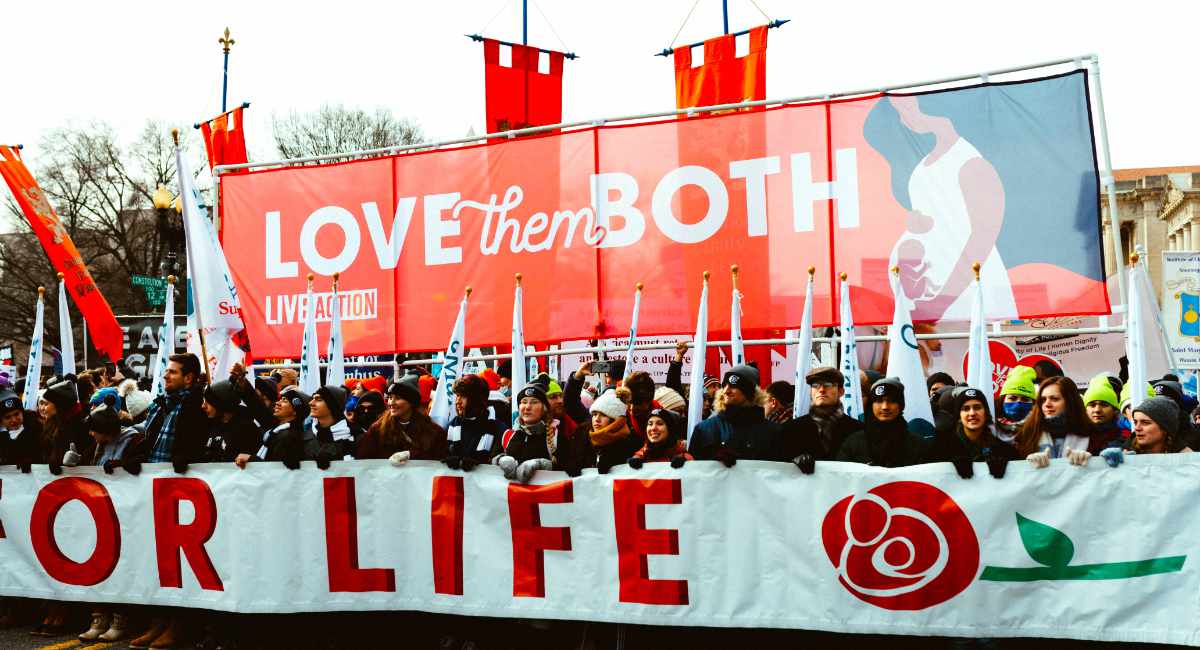 POLITICO has obtained a leaked Supreme Court draft majority opinion in Dobbs v. Jackson Women’s Health Organization that strikes down Roe v. Wade. The opinion was written by Justice Samuel Alito and was circulated inside the Supreme Court in February.

“Roe was egregiously wrong from the start,” wrote Alito in the draft opinion. “We hold that Roe and Casey must be overruled. It is time to heed the Constitution and return the issue of abortion to the people’s elected representatives.”

According to POLITICO, four of the other justices — Clarence Thomas, Neil Gorsuch, Brett Kavanaugh, and Amy Coney Barrett — joined the draft opinion with Alito while Justices Stephen Breyer, Sonia Sotomayor, and Elena Kagan are writing dissents. The Daily Mail has claimed that Chief Justice John Roberts is not likely to vote along with the other five conservative justices but will instead vote to uphold Mississippi’s 15-week abortion restriction at the center of the case, while not overturning Roe v. Wade.

Justices can change their votes after draft opinions have been circulated.

Roe has been wrongly decided since the day it was issued. It’s illogical and gravely unjust.

Overruling Roe would be an important step in the right direction of protecting our fundamental right to life.

But if this decision is issued, true justice has not yet been achieved. 1/5

This is the first time a draft opinion has been disclosed in what POLITICO called “a highly unusual occurrence.” Some believe it could be a strategic move to get Congress to act to protect abortion. If the Supreme Court does indeed vote to overturn Roe v. Wade, the decision of whether or not abortion is legal — and at what point — would depend upon state lawmakers.

Roe has been wrongly decided since the day it was issued. It’s illogical and gravely unjust. Overruling Roe would be an important step in the right direction of protecting our fundamental right to life. But if this decision is issued, true justice has not yet been achieved.

It’s not enough to send abortion back to the states. Democracies shouldn’t have the ability to vote on if a genocide can be committed against an entire group of people. Human rights are not decided by a majority vote. They are inalienable.

As reported by POLITICO, “Deliberations on controversial cases have in the past been fluid. Justices can and sometimes do change their votes as draft opinions circulate and major decisions can be subject to multiple drafts and vote-trading, sometimes until just days before a decision is unveiled. The court’s holding will not be final until it is published, likely in the next two months.”

This opinion says states can criminalize abortion, with no rape or incest exception. It is exactly the hardline position I’ve been saying the Court is going to impose for the last 3 years. It will set women back in profound ways. Congress must act ASAP. https://t.co/prjHTyUrA5

Neal Katyal, former acting solicitor of the U.S., made a similar statement in a tweet. “The opinion says states can criminalize abortion, with no rape or incest exception,” he wrote. “It is exactly the hardline position I’ve been saying the Court is going to impose for the last 3 years. It will set women back in profound ways. Congress must act ASAP.”

In June 2021, Katyal wrote for The Washington Post, “Congress can, right now, by simple majority vote, protect [abortion] rights and nullify any threat posed by the Mississippi case or any other.”

READ: What does an abortion look like at 15 weeks?

In a statement, the pro-life organization Americans United for Life said, “… [W]e encourage the Court not to waver despite the politically-motivated leaking of this draft opinion. The implicit intent of this leak is to pressure and manipulate members of the Court to alter their votes or otherwise water down the language of the final opinion—if the Court is truly the nonpolitical body that Chief Justice John Roberts has said that it is, the Court cannot now bow to partisan pressure to change course for the sake of an illusory detente.”

The Dobbs v. Jackson Women’s Health Organization case centers on Mississippi’s Gestational Age Act, which banned abortion after 15 weeks. Roe v. Wade forces states to allow abortion up to the so-called age of viability, which is about 24 weeks, though babies born as young as 21 weeks have been able to survive outside the womb.

According to Reuters, Chief Justice Roberts said the Supreme Court will investigate the leak of the draft decision, which he called a “betrayal.” In a news release, the court confirmed that the document is real but, warned that it does not represent the “final position” of any of the justices.

“We at the court are blessed to have a workforce – permanent employees and law clerks alike – intensely loyal to the institution and dedicated to the rule of law,” said Roberts. “Court employees have an exemplary and important tradition of respecting the confidentiality of the judicial process and upholding the trust of the court.”

He added, “This was a singular and egregious breach of that trust that is an affront to the court and the community of public servants who work here.”

This story will continue to be updated as more information becomes available.