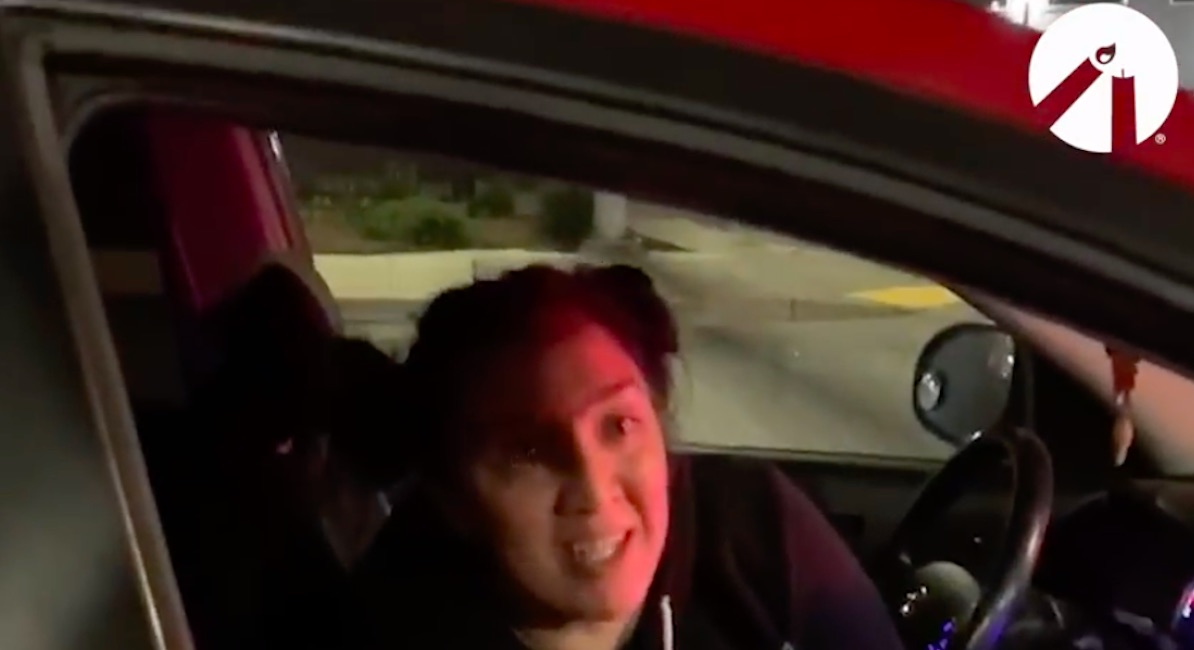 A group of pro-life students were praying outside of a Planned Parenthood during the annual 40 Days for Life campaign, and faced violence, harassment, and verbal abuse by abortion activists. The Whatcom Community College Students for Life group said they often deal with people yelling at them, but this was above and beyond the usual.

Autumn Lindsay, president of the group, told the Daily Caller News Foundation that despite the abuse, they will not back down — yet the vitriol this time was shocking. “We have people constantly scream at us or flip us while driving by,” Lindsey told the Daily Caller. “Occasionally we have people come talk to us. Sometimes the women going into Planned Parenthood come talk to us and we tell them that we love them and that they have other options.”

Last weekend, however, people did more than just scream. According to a Students for Life of America press release, one man masturbated in a car in the direction of the students while another man drove, which Lindsay told the Daily Caller was “unheard of,” explaining, “It has only happened to us once, and personally I have never heard that happen anywhere else.” Another woman flashed the group while screaming, “My body, my choice!”

Another woman drove up and clearly tried to bait the group with talk of Satan. “Satan is the one true lord. Satan! The dark lord,” she said, as the pro-lifers noted her baby in the backseat. “Oh yeah, I didn’t abort her! I kept her. We don’t need your prayers. Hail Satan!”

As usual, other protesters screamed profanities at them. But one man in particular posed a violent threat. He rode a bicycle towards them before throwing a glass full of an unknown liquid. “It shattered and police were called to make sure it wasn’t dangerous or harmful, “the Students for Life press release said. “The fire department tested and cleaned up the fluid, washing it away.”

Lindsay admitted that these violent, abusive tactics have made people scared to volunteer. Police have had to be called on four prior occasions as well. “We are only 11 days in, and we have already been bullied and threatened to the point where our volunteers are nervous to go alone,” she said in the press release. “But we will not back down because this just demonstrates how evil the abortion industry is. We will stand united together and not let the bullies stop us even though the violence of abortion is celebrated by increasingly violent people.”

Other people participating in the 40 Days for Life campaign have also experienced similar threats. “They say to us, ‘We hope you get raped,’ ‘We hope you die,’ ‘Your mother should’ve aborted you,’ and every cuss word that you can imagine,” the organizer told Fox News. “It’s just so, so violent, so dark.”

The Students for Life press release noted that threats on pro-lifers are practically expected now. An event last fall received a bomb threat, for example, and Kristan Hawkins, president of Students for Life of America, has received death threats. Hawkins firmly condemned the violence against the Whatcom Community College students.

“The threats and vitriol must be stopped,” she said. “Every day it seems like we hear of a new account of vandalism, threat of violence, or acts of intimidation towards peaceful pro-lifers. What happened Saturday shows us the worst of the worst of the pro-choice movement; obscenity, Satan worship, and lewdness towards students. We firmly reject all acts of violence and intimidation towards our students.”