In this age of breaking the secrecy around sexual abuse, a California bill is seeking to “lift the veil of secrecy around physician sexual assault and other patient harm,” according to a press release issued by Consumer Watchdog. The group estimates that the Patient’s Right to Know Act of 2018 (SB1448) “would require disclosure by approximately half of the doctors the California Medical Board places on probation every year.” The move comes on the heels of horrific sexual abuse allegations against two high profile doctors, Larry Nassar and George Tyndall, whose troubling misconduct histories were unknown by the women they cared for as patients. But due to the fact that many abortionists have been previously disciplined by the medical board, SB1448 may also have ramifications for the abortion industry.

An abortion facility is one place where women are likely to know little, if anything, about their doctor. Compounding this is the fact that abortion and Planned Parenthood facilities in California are some of the least regulated in the nation. The abortion industry there has become a breeding ground for some of the most unscrupulous and dangerous doctors preying on women who unknowingly enter these places:

In the late 1990s, the California attorney general’s office accused Lawson A. Akpulonu of “sexually abusing three patients, including raping one woman while she was under anesthesia and fondling another who had just had an abortion,” according to a report by the LA Times, which went on to report:

Documents filed by the attorney general state that a patient told authorities that Akpulonu performed an abortion on her in a Culver City clinic Jan. 28, 1995. While still under anesthesia after the procedure, the documents state, she “awoke to find respondent raping her. . . . Respondent gave (the) patient . . . a shot and she went back to sleep.”

In another case, a patient said Akpulonu fondled her after he performed an abortion on her at a South Gate clinic Nov. 9, 1992, according to the attorney general’s filing. Another patient alleged that Akpulonu made sexual comments to her and touched her improperly during a clinic visit Aug. 2, 1994, the documents state.

In 1984, according to the LA Daily News, Reich “was placed on medical probation for a decade by the board after allegations by six women, four accusing of him of sexual impropriety and two of incompetence.” Then, in 2002, the media outlet reports that two women who were Reich’s former patients “accused him of touching them inappropriately and asking inappropriate sexual questions. Reich was sentenced to a day in jail and a year’s probation, but was allowed to continue his practice while awaiting a disciplinary hearing delayed by bureaucratic wrangling.”

Reich’s medical license was not surrendered until 2005 and even that did not stop the abortionist.

By 2007, Reich was again discovered working at an abortion chain, which ran six facilities in the state, the paper stated. In addition to Reich, that abortion chain employed a long list of troubled abortionists in the state, and it is doubtful they ever revealed the record to unsuspecting women coming to them for abortion.

In 2002, Rutland gave up his license “after allegations of negligence in the death of two babies, scaring patients into unnecessary hysterectomies, botching surgeries, lying to patients, falsifying medical records, over-prescribing painkillers and having sex with a patient in his office,” according to a report published by the Orange County Register. 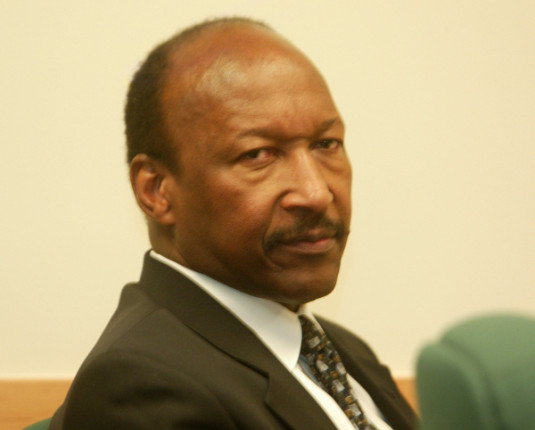 In 2010, a judge refused to suspend Rutland’s license, however, a year later, the paper reported that in 2011, after being accused by the California Medical Board of “homicide in the death of an abortion patient,” Ying Chen, Rutland agreed to surrender his medical license for a second time. It is likely that the abortion patient had no clue of Rutland’s abysmal record.

While Willis has no public actions taken against him in the State of California, he is unable to practice in Alaska, according to a disciplinary summary published by that state. He was issued a voluntary limitation to his license by the State of Oregon, which has since expired. According to pro-life group Operation Rescue, the order stemmed from the abortionist’s attempted suicide after a traumatic divorce, where he placed a gun to his head and pulled the trigger.

In danger of losing his medical license, Willis made a voluntary agreement with the Oregon Board of Medical Examiners to numerous restrictions on his ability to practice medicine.

It was then that Donald Clyde Willis decided to become an abortionist.

He soon moved to California where the medical board in that state ruled that since the Oregon restrictions were voluntary, Willis should be allowed to practice in California without restriction.

Willis now commits abortions at the FPA Women’s Health abortion facility in Bakersfield, California, according to the website AbortionDocs.org, where, according to OR, several women have been removed by ambulances and rushed to emergency rooms.

Although it is unlikely that his patients will benefit from the “Right to know Act” should it pass, in this case, OR reports that in the fall of last year, Willis “sent his fifth known Bakersfield abortion patient to a hospital emergency room” in 2017.

In addition, the aforementioned University of Southern California doctor George Tyndall may also have an abortion connection. 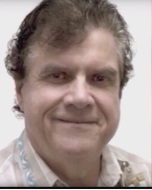 In May 2018, the Los Angeles Times reported numerous sexual misconduct complaints involving the USC former gynecologist, who, after being employed for almost 30 years, resigned in 2017. In addition, several news outlets reported that while Tyndall was a medical resident at USC Medical Center in 1988, he allegedly “abused a woman who was taking part in a clinical trial for an abortion pill.”

One report stated that Tyndall “allegedly made the woman strip completely naked, made inappropriate comments, and penetrated her with ungloved fingers. The patient complained to the medical center at the time.”

Although Tyndall has denied the allegations, USC is now being sued, with the victim alleging a cover-up and a failure to protect patients.

Although the case of USC and Tyndall helped spur the legislation, decades-long abuses inside California’s abortion industry only add to the evidence of needed regulations to inform patients of a physician’s disciplinary record.

READ: Thanks to Indiana abortionists, 48 girls may be repeat sexual abuse victims

SB1448 would make California the first state to require that doctors on probation in connection with sexual misconduct and other serious professional misconduct notify their patients of that status and disclose basic details of their terms of probation and any conditions placed on their practice. The requirement would apply to physicians, surgeons, osteopaths, naturopathic doctors, chiropractors, podiatrists and acupuncturists who are placed on administrative probation by regulators on or after July 1, 2019.

According to a press release from the bill’s author, Senator Jerry Hill, who holds a 100% rating from Planned Parenthood Action in the state, the bill would “require doctors to notify patients of their status if placed on probation for sexual abuse or misconduct involving patients; drug or alcohol abuse that results in harm to patients or impairs the ability to practice safely; a criminal conviction involving harm to a patient’s safety or health; or inappropriate prescribing that resulted in harm to patients and a probationary period of five years or more.”

Not surprisingly, the bill contains exceptions, including if…

(1) The patient is unconscious or otherwise unable to comprehend the disclosure and sign the copy of the disclosure pursuant to subdivision (b) and a guardian or health care surrogate is unavailable to comprehend the disclosure and sign the copy.
(2) The visit occurs in an emergency room or an urgent care facility or the visit is unscheduled, including consultations in inpatient facilities.
(3) The licensee who will be treating the patient during the visit is not known to the patient until immediately prior to the start of the visit.
(4) The licensee does not have a direct treatment relationship with the patient.

According to Consumer Watchdog, the bill passed its final policy committee, and will be considered next in the Assembly Appropriations Committee.

“Patients have been kept in the dark far too long. They have a right to know whether their doctor is on probation for a serious offense so they can make informed decisions about their medical care,” Sen. Hill stated.