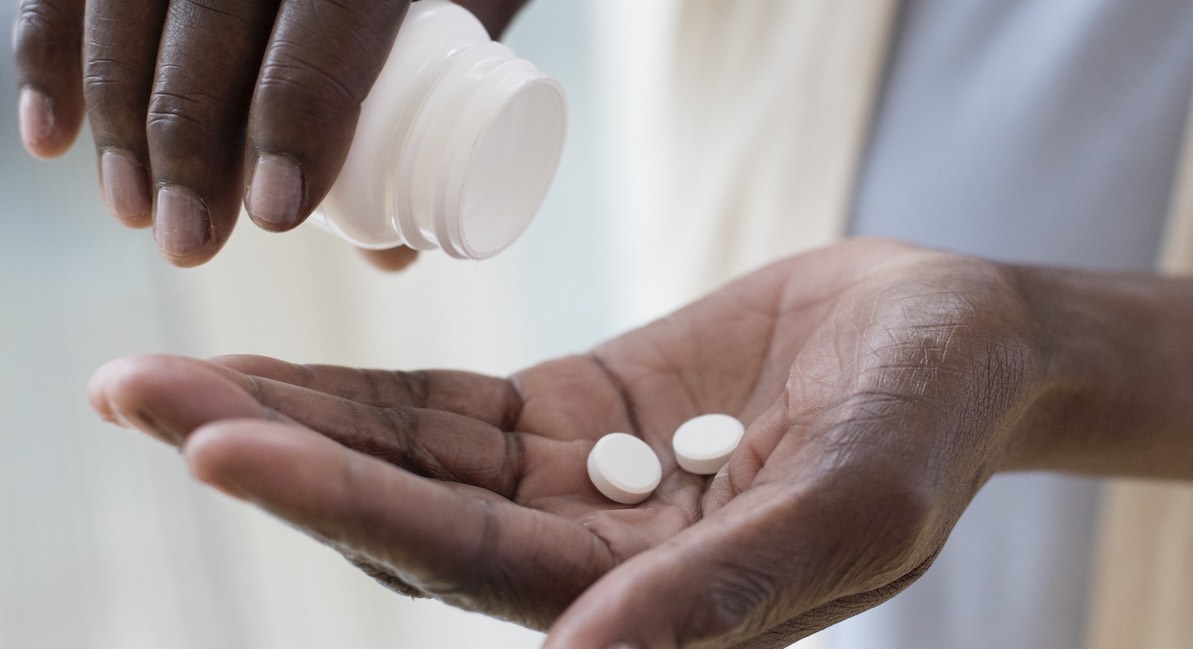 In an interview with Currents News, the chairman of the United States Conference of Catholic Bishops (USCCB) called the recent decision by the U.S. Food and Drug Administration (FDA) to end the enforcement of its “in-person dispensing requirement” for the abortion pill “very, very dangerous.”

On April 12, the FDA announced that it will not enforce its decades-long REMS (Risk Evaluation and Mitigation Strategy), which requires that women receive the abortion pill in person, for the remainder of the COVID-19 pandemic. Instead, women will be able to receive the abortion pill without first being seen by the prescriber. That initial in-person exam required by REMS is meant to help rule out potential additional risks to taking the abortion pill, including ectopic pregnancy and Rh status, which can affect a woman’s future pregnancies. But even without those high-risk pregnancy diagnoses, research has shown that the abortion pill is four times more dangerous for women than first-trimester surgical abortion. A study revealed that the complication rate was 5.2% for women who took the abortion pill compared to 1.3% for first-trimester surgical abortion.

“The whole idea of trying to do this through the mail, without any kind of medical supervision, is very, very dangerous to women,” said Archbishop Joseph F. Naumann of Kansas City, Kansas. “There are certain things that they can’t really check for themselves like how far along the pregnancy is — because that has a significant impact on safety — [and] also if there’s an Rh incompatibility with the child. These are things that doctors need to check for the health of women.”

The FDA’s decision means that abortion businesses will be able to sell the abortion pill via telemedicine, directly by mail, or through mail-order pharmacy without ever seeing the patient in person. This risks the woman’s health and life and puts women at higher risk for coerced abortions. Naumann said that the abortion industry’s willingness to allow women to go through risky abortions alone is an example of their lack of compassion and caring for patients. 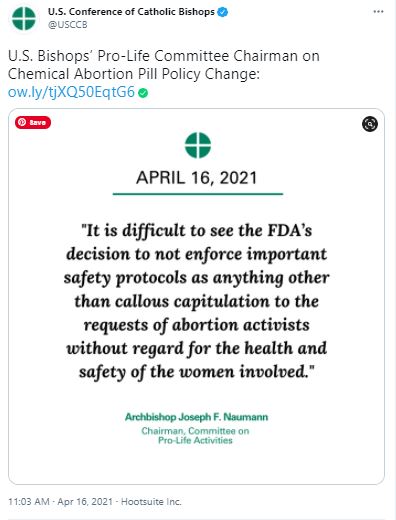 “We have to ramp up our efforts to surround women with the support that they need to do what’s really in their heart, which is to choose life for their child,” said Naumann. “Women are hurt, oftentimes physically, emotionally, and certainly spiritually by every abortion. It’s a very difficult process for the woman, and to undergo this alone is unconscionable,” he said, “but it exposes [how] the abortion industry really doesn’t care about the health of women.”

The abortion industry has had its sights set on ending the FDA requirement since before the pandemic began, but abortion businesses saw an opportunity when lockdowns began. The requirement, put in place during the Clinton Administration, will only affect states that don’t currently have restrictions on telemedicine abortion. According to The Tablet, 19 states currently have policies that restrict telemedicine for the abortion pill.