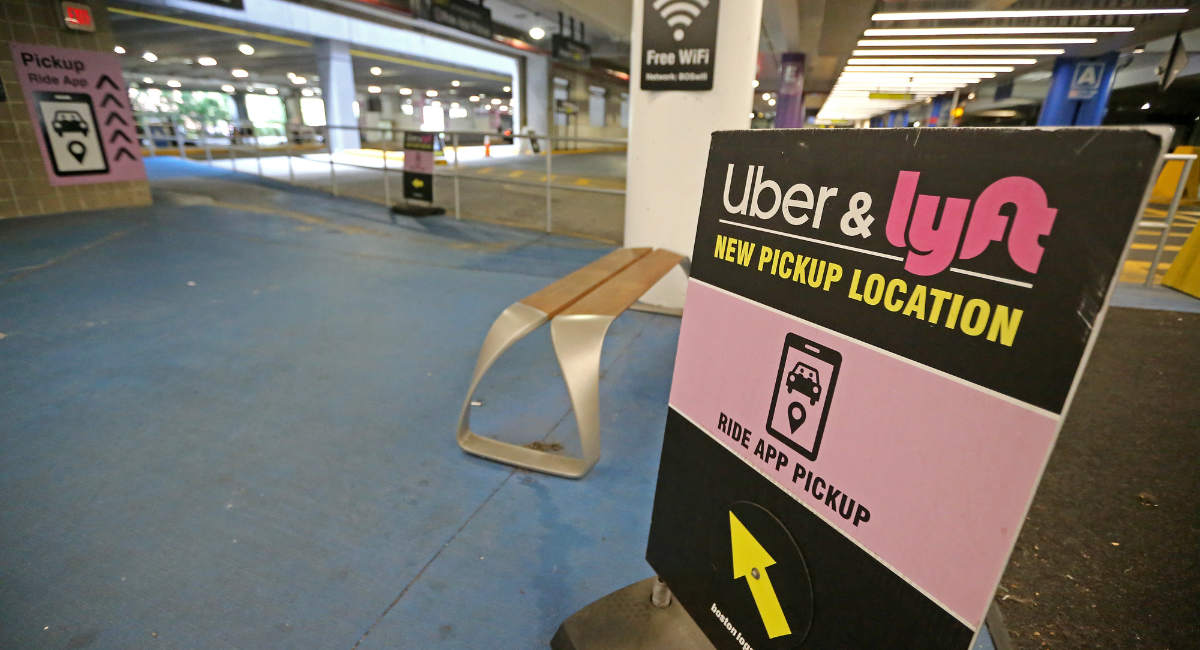 Ridesharing companies Uber and Lyft have both announced plans to cover the legal fees for their drivers who may be sued under the new Oklahoma Heartbeat Act, should it go into effect. This extends their current policy which covers the legal fees of drivers in Texas who could face litigation under that state’s law. The move comes after Oklahoma lawmakers passed the new legislation, which mimics that of Texas and protects preborn children from abortion after a preborn child’s heartbeat is detected. The bill is awaiting signature from Governor Kevin Stitt, who is expected to sign it this week. It will go into effect immediately.

According to the terms of the Heartbeat Act, those who aid or abet in anyone procuring an illegal abortion may be held liable, including Lyft or Uber drivers who drive a woman to an abortion facility. These violators may be sued for $10,000 — fees which the ridesharing rivals both say they are happy to pay.

“Like in TX, we intend to cover all legal fees for any driver sued under this law while they’re driving,” an Uber spokesman confirmed to CNBC.

Likewise, Lyft CEO Logan Green confirmed his company’s new policy in a tweet. “Women’s access to healthcare is under attack again, this time in Oklahoma,” he wrote. “Lyft drivers are once again caught in the middle just for getting people where they need to go. We believe transportation shouldn’t be a barrier to accessing healthcare and it’s our duty to support both our rider and driver communities.” 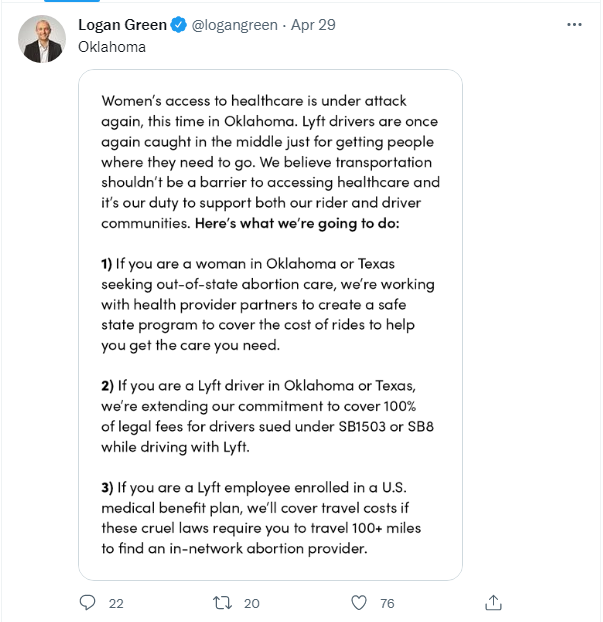 Green also announced that his company plans to create a “safe state” program to help cover the cost of travel for women who want an abortion, and says that employees of his company who want to travel more than 100 miles to get an abortion due to “cruel laws” will have their travel costs covered. Lyft has already firmly established itself as a pro-abortion company, pledging one million dollars to Planned Parenthood after the passage of the Texas Heartbeat Act while also asking its drivers to donate monetarily to the abortion giant.

Coverage of abortion-related travel expenses is becoming a trend with companies who are publicly taking a pro-abortion stance. In making this announcement, Lyft joins others like Citigroup, Yelp, and Amazon who are pledging monetary assistance to assist women in killing their children in the womb.