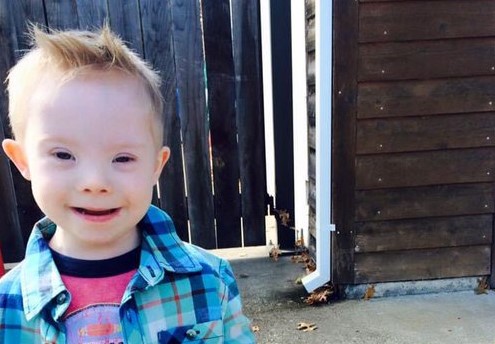 October is National Down Syndrome Awareness Month, but rather than allow one mother to share the joy of raising her son who has Down syndrome, Twitter censored his photo.

In honor of Down syndrome awareness, President Donald Trump tweeted, “it is incumbent upon us as a Nation, to continue empowering [people with Down syndrome] to reach their full potential.” Russ Vought, Director of the Office of Management and Budget, shared the president’s tweet and the mother of a boy with Down syndrome replied to Vought with her message and a picture of her three-year-old son Holt.

“We are so grateful to be his parents,” Holt’s mother @trishie818 wrote. “He blesses all who meet him.” Attached to the tweet was a picture of Holt smiling.

via Students for Life

According to Students for Life of America, the tweet remained censored until at least October 5, but the photo is now visible.

This, however, is not the first time an image of a person with Down syndrome has been censored on social media. In 2012, Diana Cornwell posted photos of her seven-year-old son with Down syndrome competing in an event for the Special Olympics. Facebook blocked the photos and sent her a message saying she had violated its user agreement. Her account was disabled for three days until she removed the photos. Facebook eventually apologized and blamed “human error” for the incident.

This is my son, Holt. He was born with Down syndrome. We are so grateful and blessed to be his parents. He blesses all who meet him. Thank you for your message. We agree completely #MoreAlikeThanDifferent #LifeIsBettterWithYou pic.twitter.com/vsNFVChKhb

WATCH: ‘Things about Down syndrome that don’t make sense’ calls out discrimination