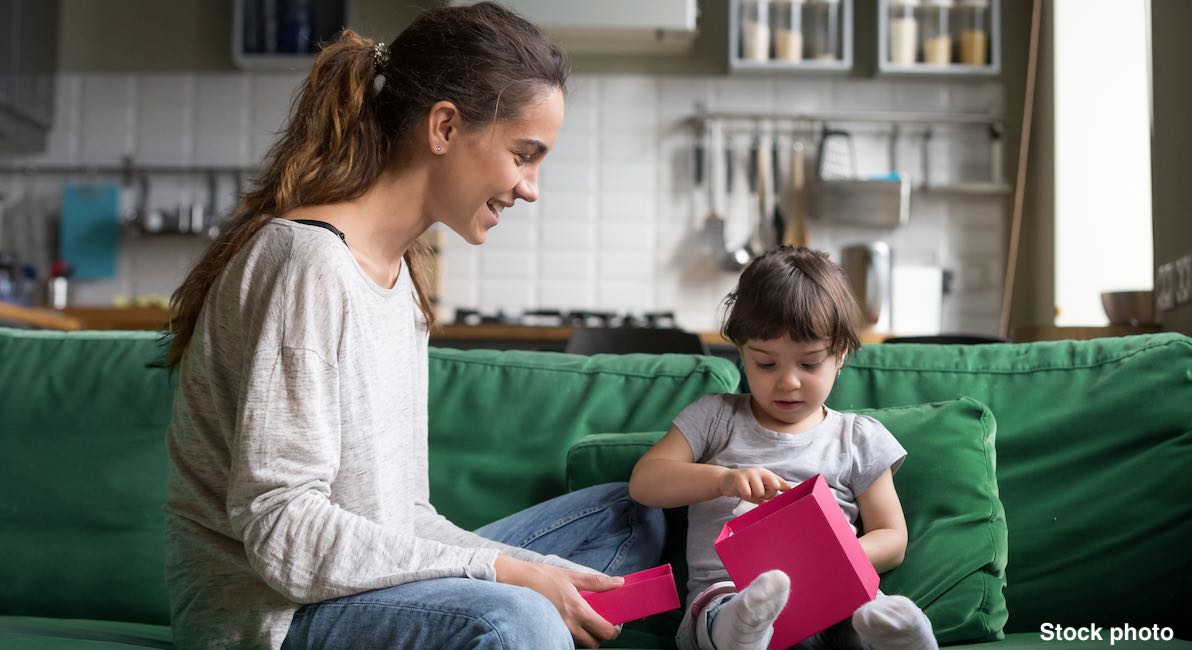 At 15 years old, Blair Johnson learned she was pregnant and after weeks of silence, finally decided to tell her parents, who reacted harshly. Her father insisted she have an abortion. But when her mother brought her to Planned Parenthood, it was learned that Blair’s baby was too far along for them to legally commit an abortion at that location.

Instead, Blair’s father decided that she would be placing the baby for adoption. Though Blair protested, her father told her she was selfish for thinking she could keep her baby, and he had no desire to “put this family… through a crying baby.” After contacting a few adoption agencies, Blair remembered that one of her former teachers had spoken of her hopes to adopt a child. Blair’s father called the teacher and she and her husband agreed to adopt Blair’s baby.

“My mom was embarrassed, but she drove me to all my appointments, helped me pick out clothes at the Motherhood Maternity store, and fed me lots of Oreo shakes from Jack in the Box when the doctor was concerned I hadn’t gained enough weight,” explained Blair in an essay for Love What Matters.

Though the doctors estimated the baby would be small, Blair gave birth to an eight-and-a-half pound baby girl. After a few nights in the hospital, the family left together, with Blair holding the baby.

“I had read that leaving the hospital empty handed while watching other moms holding their babies, could be really difficult,” she explained. “So I held her as they wheeled me out: adoptive mom and my mom by my side.”

Blair watched as her daughter’s adoptive parents buckled her into her car seat and drove away. The next few weeks were spent recovering from her C-section and missing her baby.

“I remember feeling thankful that K had gone home with someone who could care for her and wondered how anybody took care of a newborn while recovering from a c-section,” she wrote. “I had so many emotions. I mourned the loss of her. I watched my emails come in and hoped to hear from her mom. I was angry towards my parents, angry towards her biological father.”

Blair was able to visit K a few times a year because the families had agreed to an open adoption. Blair had a hard time bonding with her daughter because she didn’t want to cross a line that made it seem as if she were trying to parent her. But as her daughter grew, the two became close. Sixteen years later, the two are close, and sometimes K babysits her younger siblings and helps Blair out at Girl Scout meetings.

“We go shopping together, have lunch, sometimes she comes to the office for a few hours, I take her to ice skating practice, take her and her friends home from the rink, and I’m an emergency contact for her school,” said Blair. “She usually comes with me to my company picnics and I always introduce her as my daughter.”

Blair and her daughter’s adoptive mother are close friends who have worked together to raise K and ensure they all have a good relationship. Blair wants to protect K from the mistakes she made as a teenager.

“There was a time when I thought I’d choose a closed adoption because it would be easier for me,” she wrote. “But after doing my research, I chose to have an open adoption because I wanted to make sure K always knew her birth-mom wanted her and loved her. It helped that her intended parents were so supportive… I am eternally grateful that K’s parents love me almost as much as they love her!”