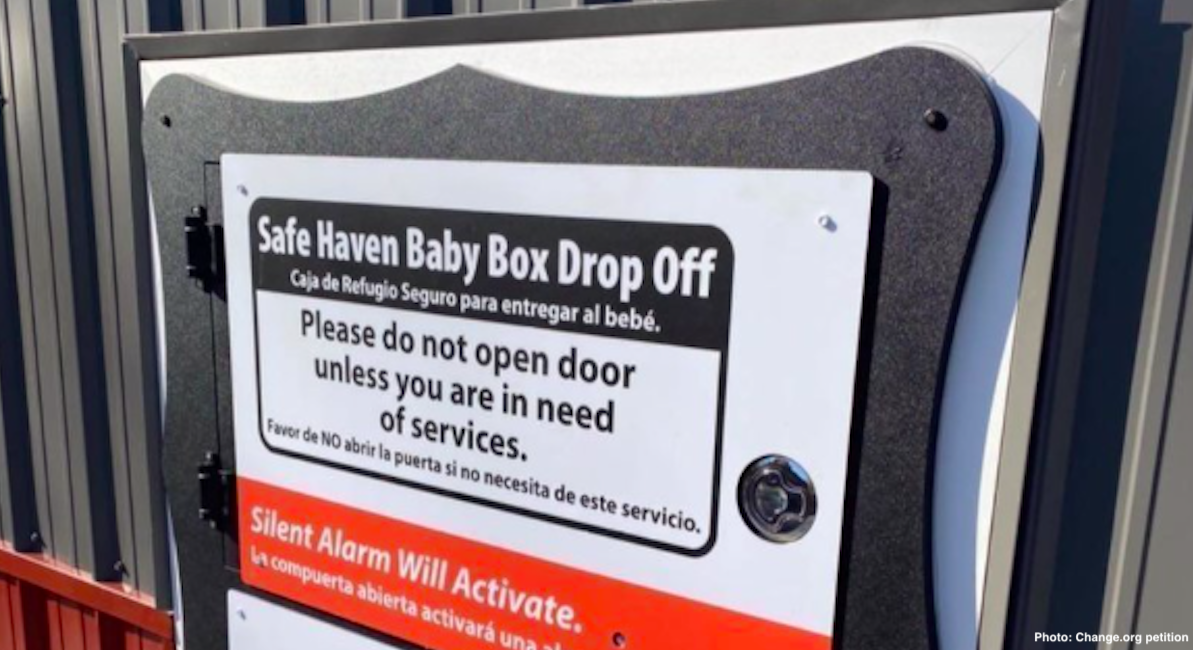 Safe Haven baby boxes have already saved countless lives, and Isabella Lamkin, a teenager from Louisville, Kentucky, wants to make sure they save lives in her state.

These baby boxes are especially dear to Isabella’s heart, as she herself was abandoned as an infant in China. “This organization is important to me, because I want these little babies […] to be able to have a chance, to have a family that can love them, the way my family loves me,” she wrote in her Change.org petition.

Under Safe Haven Baby laws, or “Baby Moses” laws, a baby may be safely, legally, and anonymously handed over to specified locations — mostly first responders — within a certain number of days or months from birth. The laws shield mothers who, for any number of reasons, cannot care for their infants, and they protect babies born in less than ideal circumstances from dangerous situations. In fact, Monica Kelsey, the founder of Safe Haven Baby Boxes, was once an abandoned infant herself.

Lamkin envisions her petition as the first step in bringing the boxes to her state by building awareness of her cause. “We also want the permission from the State of Kentucky to do this,” Kelsey told LEX18. “We don’t want to be the red-headed stepchild in another state that’s coming into your state just because; we want people to understand the program. We want people to understand that this is an option for women and that women don’t have to use it if they don’t want to. They can continue to use the Safe Haven law as it is now.” Some parents want greater anonymity than the tradition Safe Haven law provides, according to Kelsey.

Safe Haven Baby Boxes are marketed as a safe and secure way to hold the infant until he or she can be received by first responders. When a parent opens the door, a silent alarm is triggered and a call goes out to 911. The boxes are temperature-controlled and have motion sensors. The baby is kept safe until help arrives to bring the baby to the nearest hospital for examination.

According to the organization’s website, there are currently 56 active baby boxes: 50 in Indiana, 4 in Ohio, one in Florida and one in Arkansas. The first baby box was installed in Woodburn, Indiana, in April of 2016. Since that time, no infants in Indiana have died from illegal abandonment.