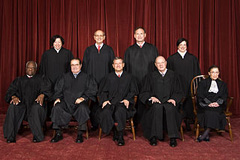 The Supreme Court ruled on Monday, in a narrow 5-4 decision, that closely held companies like Hobby Lobby cannot be forced by the Obama administration to pay for contraception and chemical abortions.

While this is no doubt a victory for craft chain Hobby Lobby, it has a much wider impact than just one business. The Thomas More Law Center has put out a press release announcing that, just one day after the Hobby Lobby ruling, the Supreme Court ruled in favor of their client, Eden Foods, also challenging the HHS mandate.

Eden Foods, co-founded by Potter in the late 1960s, is the oldest natural food company in North America and the largest independent manufacturer of dry grocery organic foods. In 2009, Eden Foods was selected as the best food company in the world by Better World Shopping Guide, which also acknowledged the company’s outstanding record in social and environmental responsibility. The company employs 150 employees.

For years, Michael Potter, a Roman Catholic, President and sole shareholder of Eden Foods Corporation, for religious reasons, had arranged for the Blue Cross/Blue Shield insurance coverage he designed for his employees to specifically exclude coverage for contraception and abortifacients. In accordance with his Catholic faith, Potter believes that any action which either before, at the moment of, or after sexual intercourse, is specifically intended to prevent procreation, whether as an end or means”—including abortifacients and contraception—is wrong.

The HHS Mandate forced Potter to make a choice between violating a foremost tenet of his faith or face fines up to $4.5 million per year.

Potter brought the lawsuit because he cannot compartmentalize his faith and his business practices.

Despite the liberal outrage over the ruling, the Supreme Court has made the right decision, standing up for the rights of people of faith across the country. A religious person should not be forced to choose between their faith and their ability to participate in the private sector. Operating a business does not mean that someone’s religious beliefs cease to matter, and thankfully, the Supreme Court is acknowledging that truth as well. For at least a little while, we are still free.