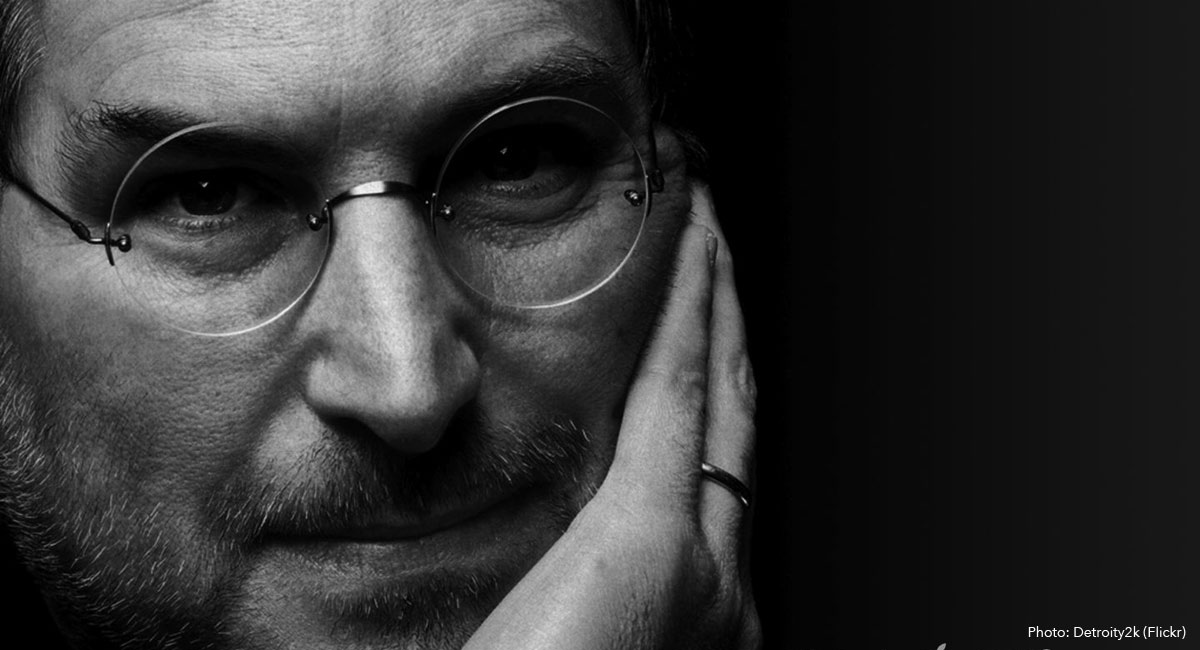 “I wanted to meet [her] mostly to see if she was OK and to thank her, because I’m glad I didn’t end up as an abortion. She was 23 and she went through a lot to have me.”

Apple co-founder Steve Jobs, though he passed away at the young age of 56 in 2011, is still making headlines. A controversial new book written by his daughter, Lisa, with whom he had a strained relationship, reportedly paints him in an unfavorable light. But the relationships in Jobs’ life — like in many of our lives –were complicated. And yet, when Jobs made remarks reflecting on his own life, it is clear that he was grateful for the opportunities life had afforded him.

“You can’t connect the dots looking forward. You can only connect them looking backwards.” These were Jobs’ words in a speech at Stanford University’s graduation in 2005. Jobs described having been born to an unwed graduate student who chose to place him with a family for adoption. The prospective adoptive couple were college graduates. But when they found out he was a boy, they had wanted a girl so they refused to go through with the adoption. Another couple then received a sudden call about “an unexpected baby boy.” They wanted him. But when Steve’s biological mother found out this couple were not college-educated, she refused to sign the adoption papers until they promised her they would send him to college. Jobs eventually did go to college, but dropped out after a year. And that, of course, was another “dot” in his life, connecting him to his future with Apple, and later with Pixar.

READ: I was adopted and I’m so grateful for the gift of life

Jobs’ future was set on a certain course because he was adopted. At Psychology Today, E. Kay Trimberger, Ph.D. noted:

If Steve’s biological parents had married (as they did several years after they put him up for adoption) and had raised him, the environment would not have been as conducive to a budding computer entrepreneur. His birth parents divorced after a few years and both led nomadic lives.

Biographer Walter Isaacson noted how Jobs tried to find his birth mother — and even hired a private detective to do the job — in order to thank her for choosing life:

“I wanted to meet [her] mostly to see if she was OK and to thank her, because I’m glad I didn’t end up as an abortion,” Jobs said. “She was 23 and she went through a lot to have me.”

Jobs made the personal decision to have extremely limited contact with his birth mother (and no contact with his birth father), and was grateful to his adoptive parents for their love and care. Other celebrities who were adopted have also expressed gratitude for their lives and their adoptive families. The opportunity to have a chance at life — to have lives that were thankfully not cut short by abortion — is something they don’t seem to take for granted.

“You have to trust that the dots will somehow connect in your future… because believing that the dots will connect down the road will give you the confidence to follow your heart, even when it leads you off the well-worn path, and that will make all the difference,” Jobs said. Watch his Stanford speech in full below: