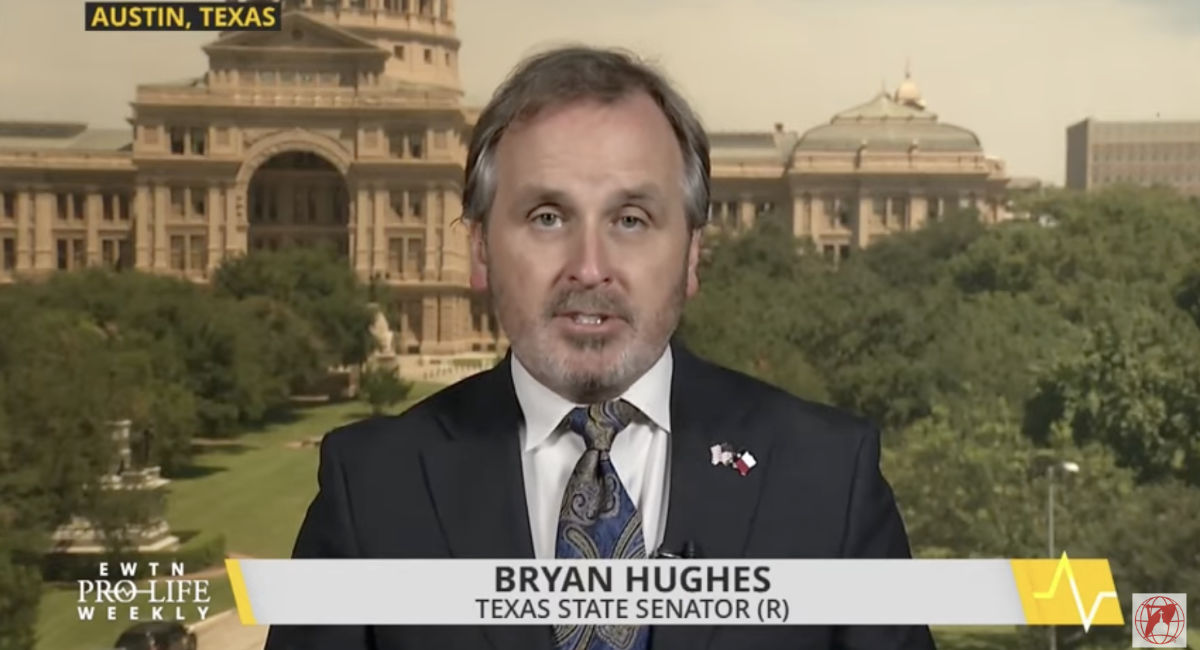 The Texas Heartbeat Act has been in effect for six weeks, and is estimated to have potentially saved 4,000 preborn babies from abortion. The Act restricts abortion to before a preborn child’s heartbeat is detected, usually about six weeks gestation, though the human heart begins to beat between 16 and 22 days after fertilization. The law uniquely allows for civil enforcement, allowing private citizens to file lawsuits against anyone who commits or aids in an abortion, except for the mother.

Multiple attempts have been made by abortion advocates to halt the bill, but according to Texas State Senator Bryan Hughes, author of the Act, this law isn’t likely to end with Texas, or with any ruling that attempts to block it.

After the Biden administration filed a lawsuit against the Heartbeat Act on September 9, Obama-appointed federal Judge Robert Pitman partially and temporarily blocked the law. Within two days, the Fifth Circuit Court of Appeals temporarily reinstated the law and is currently awaiting a response from the Department of Justice by the evening of October 12, before it gives a second ruling to either allow Pitman’s injunction to stand or extend its own temporary reinstatement to a longer-term reinstatement of the law.

“Even after Judge Pitman’s injunction, most abortionists in Texas were still complying with the law and that’s because we put a provision in the law that says if the law is blocked or enjoined by a court and is later overturned, the abortionist is liable for the abortions done during that period,” Hughes told Live Action News. “So even when Judge Pitman issued an injunction and said that state courts and state court clerks could not accept lawsuits under the Heartbeat Act, when he did that, of the 24 abortion clinics in Texas, six or so may have resumed doing abortions on little babies with heartbeats but the rest of them did not. Planned Parenthood did not because they realized they’d still have liability.”

As the courts attempt to sort out the Act’s constitutionality, Hughes is working with legislators in other states to draft similar pro-life laws that allow for private enforcement. He told Live Action News he is optimistic that several states will pass pro-life laws over the next weeks and months which follow in the footsteps of the Texas Heartbeat Act.

“One of the reasons we took the path of private enforcement is because you have district attorneys all over the country even in conservative pro-life states, in the urban areas, you tend to have more liberal district attorneys,” explained Hughes. “At the end of 2020, dozens of district attorneys signed an open letter stating that they would not enforce pro-life laws. They said, you can pass a heartbeat bill if you want to but we’re not going to enforce it. And they said even if [Roe v. Wade] is overturned, we are not going to enforce pro-life laws. So even when Roe is gone, we may have parts of the country where the elected officials who were sworn to uphold the law refuse to uphold the law because of their twisted worldview. So we may still need to rely on civil enforcement, citizen enforcement to protect human life in those communities.”

Roe v. Wade itself will be scrutinized as pro-life laws like the Heartbeat Act make their way through courts. One pro-life law, Mississippi’s 15-week Gestational Age Act, is set to be heard by the Supreme Court beginning December 1. It restricts abortion to the first 15 weeks of pregnancy, citing the violence of abortion in the second trimester and the increased dangers to women from abortion as gestational age increases. The case regarding the law, Dobbs vs. Jackson Women’s Health Organization, could reaffirm Roe v. Wade and legalized abortion through all nine months of pregnancy in the United States or it could lead to the overturning of Roe v. Wade, which would return the power to limit abortion back to the states. The Supreme Court could also rule to limit Roe v. Wade.

“If the Supreme Court doesn’t overturn Roe v. Wade, for example in this Mississippi case, they could say… states… can protect life at 15 weeks,” explained Hughes. “And then the Heartbeat Bill gets to them and they say, ok, states… can protect life when there’s a heartbeat. So short of overturning Roe, the Supreme Court could give states more authority to protect human life. They could uphold that Mississippi law and still not overturn Roe, but it would greatly erode Roe.”

The Texas Heartbeat Act is potentially saving 130 babies from abortion every single day in Texas, but thanks to the dedication of pro-life legislators, its reach could extend much further.

Editor’s Note, 11/2/21: Sentence two has been clarified for gestational/fertilization ages.