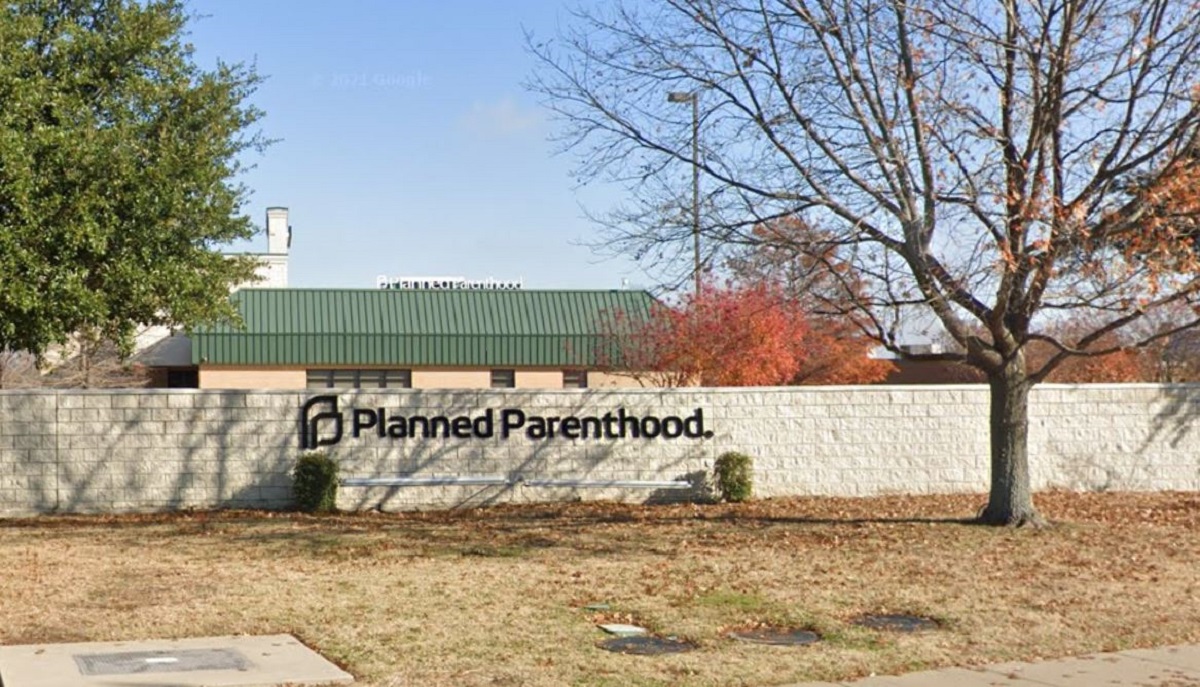 Women who are alleged to have obtained abortions at Planned Parenthood’s South Dallas Surgical Center are posting horrible Google reviews of the abortion facility, noting cruelty of staff, lack of counseling, abortion workers rushing them through the facility, and painful abortions. It should be noted that while these reviews cannot be verified, the situations and conditions they have reported are quite common among women who have obtained abortions and later spoke of their experiences.

One woman who thought she would find support at Planned Parenthood wrote that she felt she was being “herded” through the abortion facility and that she was “just a number.” She claimed there was no counseling provided and the abortionist “described the abortion process so fast it was difficult to understand.” She felt like he and the other workers “recited a script as fast as they could” instead of taking the time to explain to her what would happen.

The abortion workers also left abortion instruments and “materials” in the abortion room in a biohazard bucket. The review doesn’t say whether or not these were used, dirty instruments, or medical waste.

She describes a “painful” abortion and cried afterward. She said that workers “seemed frustrated with me” for not coming out from under anesthesia fast enough. 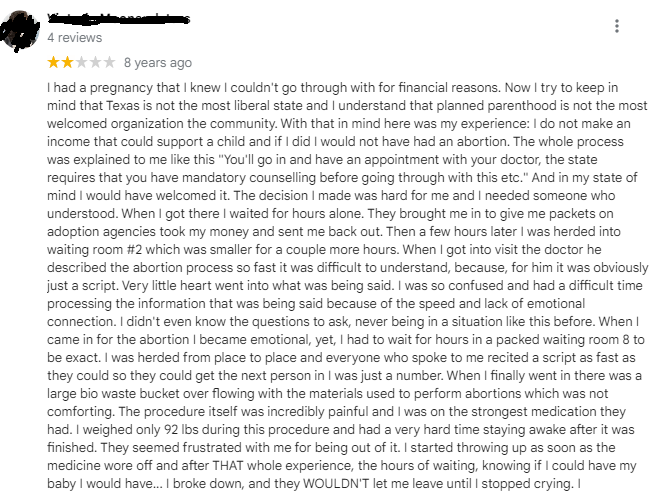 They were yelling at me

Another woman said the clinic staff berated her for crying during and after her abortion, noting that they were “yelling at me and it made me cry harder.” The nurse told her she had “no reason to be crying” and that “they know [the abortion] doesn’t hurt me that bad.” One worker allegedly even threatened to send her to a hospital if she didn’t stop crying. The workers showed no compassion, telling her “no one wants to see [you] crying.” The woman’s tears only seemed to make the abortion staff angry. 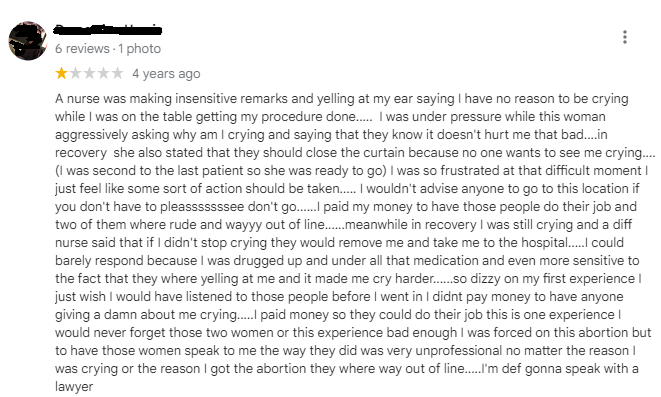 Another woman wrote that clinic workers showed her no compassion when they found out she had been raped two months before. She claimed her counselor “barely said two words” to her and the abortionist (Dr. Lynn Darrel Jordon) told her she wasn’t being “compliant” because she cried during the ultrasound.

After the ultrasound, the abortionist didn’t bother to give her anything to wipe the medical lubricant from her body.

She claimed abortion workers were very cruel to her when she started to cry and told her to “just grow up.” Left alone in a tiny room after her ultrasound, she had a panic attack. She said the workers then threw her out of the facility, and she left without having the abortion.

While it is good that the facility didn’t commit an abortion, she was sent away with no resources, help, or advice, and no refund. It’s clear she was sent away not for her own benefit, but because abortion workers didn’t want to deal with a woman they considered to be too emotional. 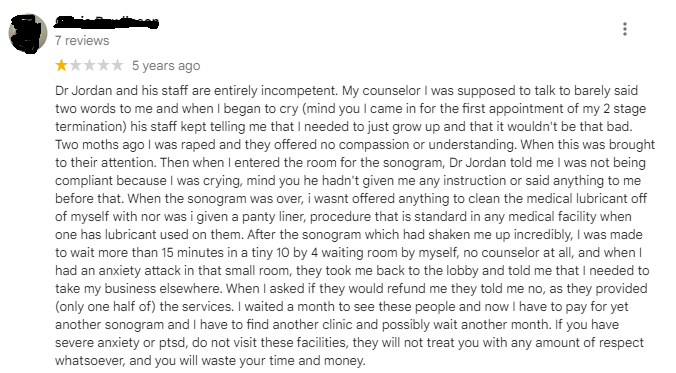 A fourth woman who went to the Planned Parenthood facility said she experienced four days and nights of heavy bleeding and “excruciating cramps” following her abortion. She called the abortion facility to complain about the pain and they dismissed her concerns. She believed that the abortionist didn’t care about her health or the condition she was in after surgery. She also stated that “he failed to remove my placenta and the excruciating cramps was my body trying to pass it.”

The abortion industry claims to care about women and their health. This Planned Parenthood facility is a clear example that abortion businesses have little concern for women’s safety or wellbeing.