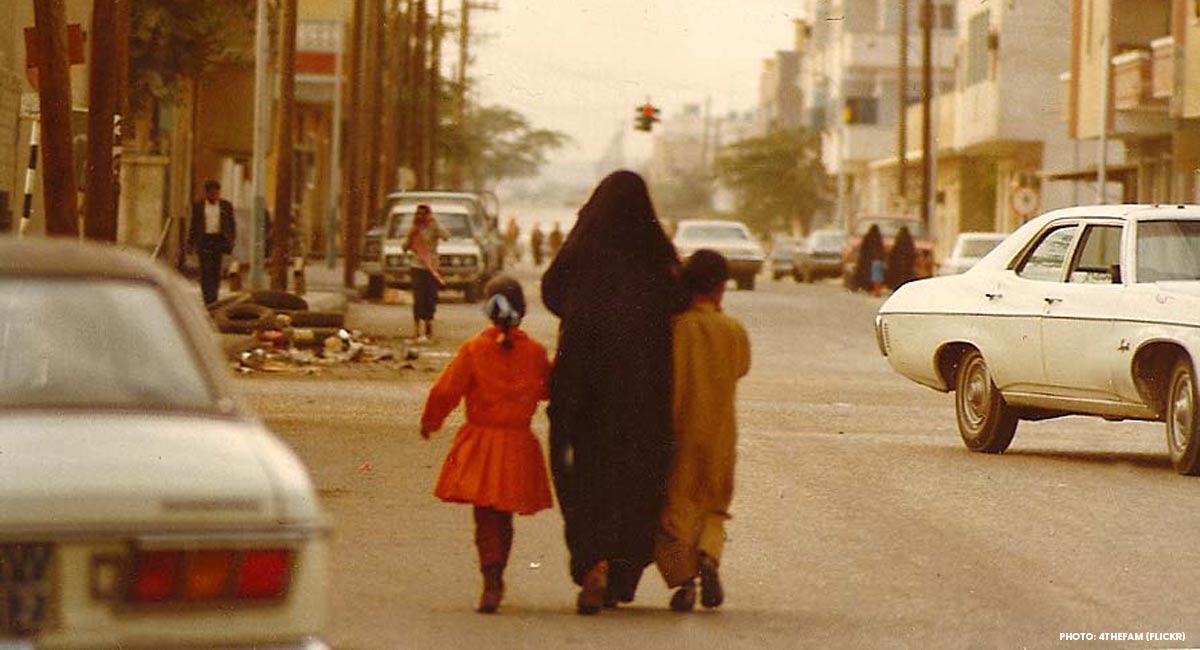 Abortion advocates are continuing their hysterical hand-wringing over Alabama’s abortion law, regurgitating tired myths and half-truths in order to convince people that the sky is falling and women in Alabama are all about to die. Two of the latest inflammatory articles from Haaretz and Quartz, which argued that abortion laws in states like Alabama are more extreme than they are in the Middle East.

Interestingly, this is along the lines of an argument pro-lifers have been making for years. While these two outlets focused on the Middle East — likely because it conjures up images of oppression and human rights abuses — the reality is, most countries around the world have stricter abortion laws than the United States does, including in Europe. Only four countries allow abortion until birth, two of them being North Korea and China.

Quartz specifically zeroes in on Saudi Arabia. “There is not the same level of fervor, violence, and attacks on women and providers as in the US — we’re not seeing right now in the Middle East and North Africa a desire to make laws more punitive and more restrictive for women who need abortions and providers,” Leila Hessini, vice president of the Global Fund for Women, told Quartz. “We are seeing that in the US.” Ephrat Livni, who penned the op-ed for Quartz, then insinuated that Saudi Arabia seems to be moving in the right direction for women’s rights, while the United States is moving backwards.

“In Saudi Arabia, abortion is allowed in cases of risk to a woman’s life and to protect her physical and mental health,” Livni opined. “A pregnancy arising from incest or rape might qualify for a legal abortion there under the mental health exemption. Saudi women just got the freedom to drive last year, but it seems they have less to fear when it comes to terminating pregnancies than women in Alabama.”

The article was accompanied by a photo of Saudi women clad in niqabs and chadors, covered head to toe, but also sporting sunglasses and smiles, talking on cell phones as they went to a job fair. The message seems to be clear: look how liberated these women are! Women are better off in Saudi Arabia than they are in Alabama!

READ: An actress, a singer, and a supermodel show that true feminists are pro-life

What neither Quartz nor Haaretz gave any attention to was the rampant human rights abuses women suffer in Saudi Arabia. Women are forced to live under a permanent male guardianship. They can drive now, yes, but they must have a father, husband, or brother escort them anywhere in public. While Saudi Arabia has repeatedly promised to abolish the male guardianship system, it has yet to happen, and so women cannot get passports, meaning they cannot flee the country if they wish to. They cannot choose whom they will marry, and it is still not unheard of for women to remain stuck in marriages they were forced into as children. Domestic violence is a huge problem for women in Saudi Arabia, with women having no recourse to escape or get help, thanks to the male guardianship system — in fact, women who try to escape can be arrested. Women face discrimination in education, in the workplace, and in the health care system. If a woman is accused of committing adultery — which includes being raped, by the way, so women aren’t likely to report a sexual assault — they can be punished with lashes or even death.

What happens to women who protest this treatment? They’re thrown in prison, even tortured, and these women can be detained indefinitely without any charges filed against them, or are accused of treason, simply for speaking out against these human rights abuses.

But hey, at least Saudi women can get an abortion, right? Clearly, that’s all that matters. Who cares about real human rights abuses as long as women have the “freedom” to kill their own children?

Editor’s Note: This article previously erroneously stated that Saudi women cannot vote. This was based on an older article from Amnesty International. We regret this error and have removed this claim.