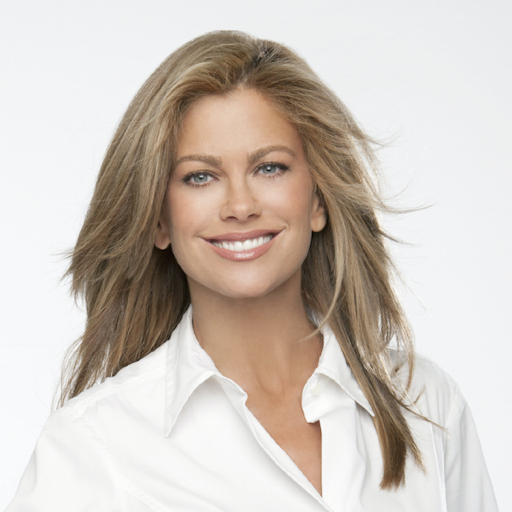 To be a true feminist, you must be pro-life. Real feminism has been around for centuries and has included heroines such as Joan of Arc, Susan B. Anthony, Louisa May Alcott, and Elizabeth Cady Stanton — each of them pro-life. Over the years, the image of feminism has changed drastically. Today, the ideas of what makes a person a feminist are widely debated. However, there is one issue all true feminists must agree on — that abortion is anti-woman.

Pro-life feminism is the wholeness of the rights of women. It includes the knowledge that baby girls inside the womb are just as important as women outside the womb. True feminists realize that they do not need to “choose” between their life and their child’s life; they have the power to uplift both. They know that to be a woman is not to be less than men, but to be beautifully different than men, yet equal. They understand that carrying life does not hold them back at all; in fact, it is the powerful uniqueness that God has given them and it is a precious gift. They understand that killing their own preborn children will never be an answer to the challenge of their responsibility. But they see themselves as full and strong to be the inspirers and caretakers of the next generation.

There are many modern faces of pro-life womanhood that you may know quite well. Whether they consider themselves to be classic feminists or modern feminists, or even if they haven’t personally adopted the label, these women all have one thing in common — the understanding that life begins at conception and the knowledge that abortion oppresses women and their children. 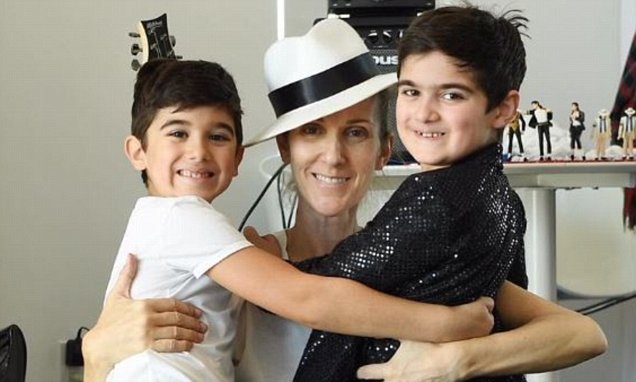 Celine Dion and her twin boys.

This world-famous French-Canadian singer was her mother’s fourteenth child. It was 1967, and her mother was considering an abortion. In her distress, she went to her priest. He counseled her not to have the abortion and she took his advice and did not go through with it. Dion became one of the most successful singers of all time, and she is pro-life. Her mother’s experience and the fact that her own life was spared when she was in the womb led her to this. Dion explained:

He told her that she had no right to go against nature. So I have to admit that in a way, I owe my life to that priest.

She went on to express to People Magazine in 2001, “My success is my family. My life is to be a mom. It is what I enjoy the most. It is my most amazing reward. I will take a chance with my music. I don’t take risks with my family.” 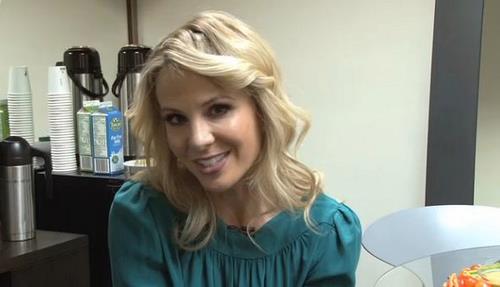 Many know her best as one of the co-hosts of ABC’s all-women talk show “The View.” Hasselbeck was a longtime co-host from 2003 to 2013. While hosting the show, she was known for consistently arguing against abortion. By the time she left the show to join “Fox and Friends,” she was even more outspoken about her pro-life beliefs. In an interview with Premier Speakers Bureau she explained, “I have a real compassionate, pro-life heart and I don’t, for me, I don’t have the ability to celebrate one life by shaming another.”

“I just think there is a merciful heart and a compassionate heart that has to be the heart to communicate to someone in a very dark place, in a difficult place who doesn’t believe that there is an option that there are ways, and there are women and men around them who will help them and who want to love on their baby,” she said. 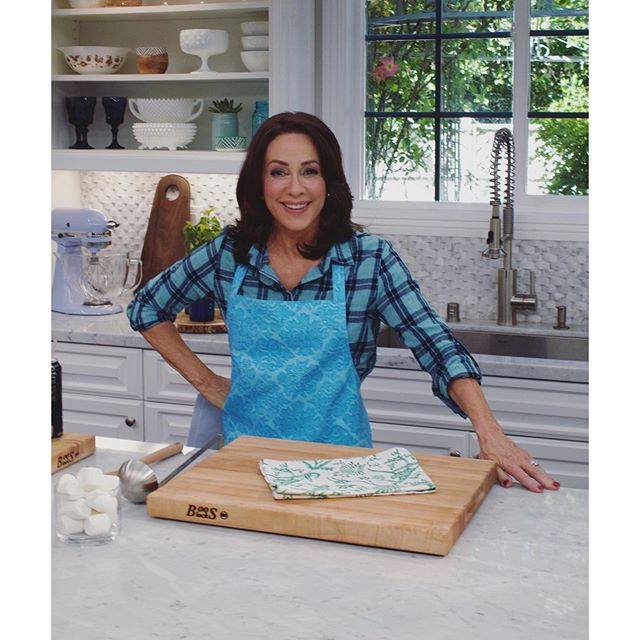 Patricia Heaton on the set of her Food Network show.

This renowned comedic actress has won the hearts of families across America in “Everybody Loves Raymond” and “The Middle.” She also hosts “Patricia Heaton Parties” on Food Network. A Hollywood star that is passionate and outspoken about the sanctity of life, she is a two-time Emmy winner and Feminists For Life of America Honorary Chair. The FFA’s website shows Heaton in an ad stating: “Refuse to choose. Women deserve better.” She has even spoken at UCLA along with FFA President Serrin Foster. In addition, Heaton was profiled on A&E’s “Primetime Women Week” on Biography where she shared her valiant values.

Among her most famous quotes are these: 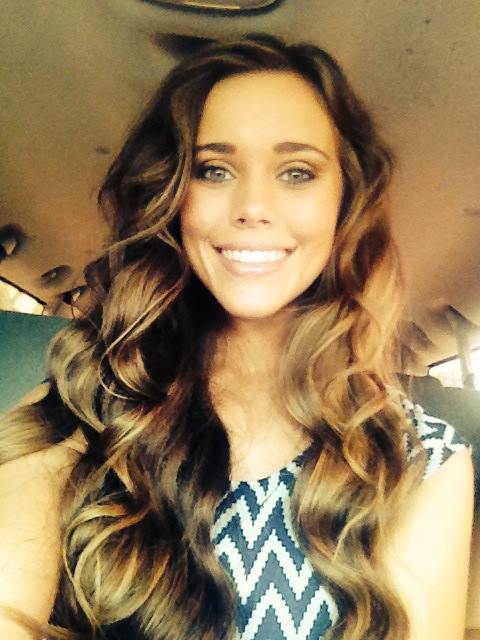 Everyone knows this kind, strong-minded stay-at-home mom from TLC’s reality show “19 Kids And Counting” and her own spin-off show “Counting On.” While pregnant with her second child, Seewald hosted a baby shower with 130 of her friends to donate gifts to her local crisis pregnancy centers, Loving Choices Pregnancy Centers of Arkansas. People magazine once featured the young mother attending her local March for Life in Arkansas, including a quote from her Instagram account which said, “Let us take a stand for the unborn” as she proclaimed that “the heart of Arkansas beats for life.”

Seewald has been beautifully transparent about her pro-life beliefs from the platform of her Instagram account where she said:

I walked through the Holocaust Museum again today… very sobering.

Millions of innocents denied the most basic and fundamental of all rights–their right to life.

One human destroying the life of another deemed ‘less than human.’ […] A denying that our Creator–GOD–made us human from the beginning, all of ONE BLOOD and ONE RACE, descendants of Adam.

The belief that some human beings are ‘not fit to live.’ So they’re murdered. Slaughtered. Kids with Down syndrome or other disabilities. The sickly. The elderly. The sanctity of human life varies not in sickness or health, poverty or wealth, elderly or pre-born, little or lots of melanin [making you darker or lighter skinned], or any other factor. […]

May we never sit idly by and allow such an atrocity to happen again. Not this generation.

We must be a voice for those who cannot speak up for themselves. Because EVERY LIFE IS PRECIOUS. #ProLife 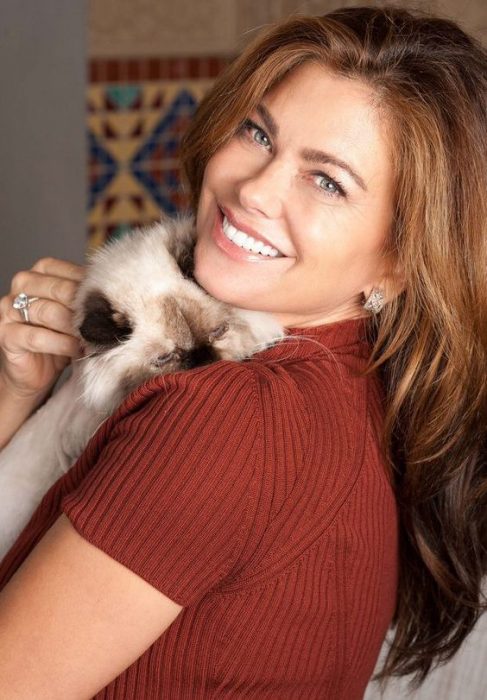 World-renowned supermodel from the 1980’s and 1990’s, Ireland is also an author, clothing line entrepreneur and lifestyle blogger. She appears on the news from time to time to speak out on the issue of abortion. Ireland even delivered the keynote speech at a Council for Life Luncheon in 2011. Her most pinned pro-life quote on Pinterest reads:

Is it all right for the government to allow the murder of an innocent human being? The evidence I see tells me the unborn is a human being. From the moment of conception, a new life comes into being with a complete genetic blueprint. The sex is determined. The blood type is determined. The moment that I learned that the unborn was a human being, not part of the woman’s body but its own individual human being, I have no choice but to defend the most vulnerable among us.

Ireland has been famously quoted in hundreds of magazines and news articles explaining the story of how she became pro-life:

I was once pro-choice. And the thing that changed my mind was, I read my husband’s biology books, medical books and what I learned is simply what it states – this isn’t even morally — this is pure biology. At the moment of conception, a life starts. And this life has its own unique set of DNA, which contains a blueprint for the whole genetic being. The sex is determined. Now people ask the question, well, is it a human being? We know there’s a life because it’s growing and changing.

There are many more modern faces of pro-life womanhood, including American Idol winner Jordin Sparks who has performed at multiple pro-life events, and former actress and famous radio host, Janine Turner, who has her own pro-life column in Politico. She once wrote: “Where is the uniformity of federal funding for pro-life organizations? If the federal government is going to fund an entity that is pro-abortion, then it should equally fund an entity that is pro-life?”

These women and thousands more like them continue to stand on their public platforms to fight for the right to life for all women and children. They stand on the shoulders of the strong, pro-life women who walked before them, inspired them, and blazed a trail for them to be able to freely speak up for the oppressed and the innocent that cannot speak up for themselves.