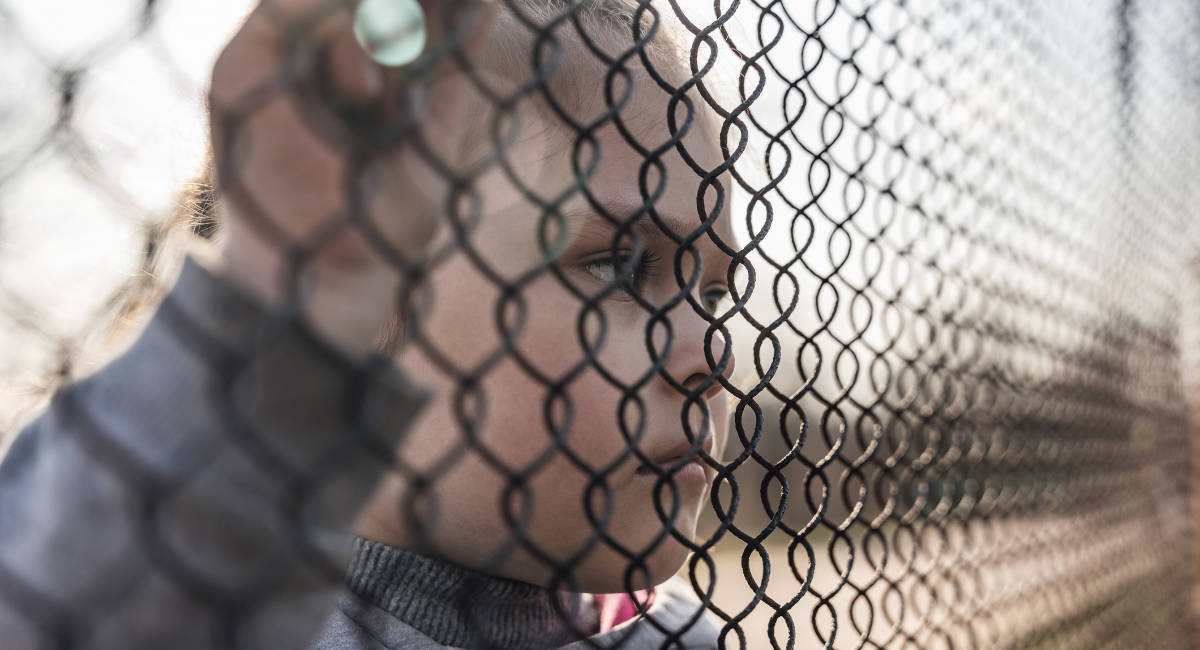 As Russian forces continue their attacks against Ukraine, the safety and well-being of children in orphanages are on the line, with at least one orphanage fleeing with children, while others made the decision to stay. Meanwhile, adoptive parents in the United States are wondering where their waiting children are and whether they will see them again.

Shannon Estes told The Independent that she and her husband Anthony first met their future adopted seven-year-old son at Christmas when he came to stay with them through a program for hosting orphans. They knew that if he became available for adoption, they would move forward with the process, and as soon as the program ended and he returned to Ukraine, the couple filed the paperwork — just two weeks before Russian forces invaded.

“We don’t really have a full way to get ahold of him, and we know … somewhat of an area that he’s in,” said Estes, adding, “We were super worried, just more worried about how they’re feeling – because I cannot imagine being there right now as a small child that has no say in what happens to them. He’s only seven.”

Alabama doctor Christopher Jahraus and his wife Gina were also in the process of adopting a son from Ukraine when tensions began to escalate with Russia. They met Sashko in December during a month-long foster care program when he came to stay with them. On the way home from picking him up at the airport, Jahraus saw Sashko’s “inherent goodness” when he offered gum to the other children. Sashko had been labeled as “mentally retarded” by the orphanage, but Jahraus believes he actually has attention deficit disorder.

“If Sashko stays there [in Ukraine], he’ll be wrongly labeled his entire life — and he will never be given the opportunities to thrive that he would if he’s brought here,” he told People. As far as they know, Sashko and the other children from his orphanage are currently safe, but the immediate future is unknown. they are working with an attorney to appeal to a court in Ukraine to let the children cross the border into Poland, Hungary, or Romania. From there, the organization Bridges of Faith is prepared to fund travel to the United States.

“I want nothing more than to get Sashko to the United States where I can help him claim asylum,” Jahraus says. “This is a crisis. This is not about sanctions and political maneuverings. This is about little kids. It kills me to think that these little kids could fall under Russian rulers.”

He added, “These kids just had visas a month ago. This shouldn’t be a heavy lift but there are no embassies open in Ukraine and the one consular office that is open is not accepting travel requests right now.”

Whether staying or fleeing, children are at risk

Mark Davis, the owner of the non-profit Abundance International, which operates orphanages in Ukraine, told Fox News Digital that those orphanages only have about three to four weeks of supplies, including food, for the orphans. He is hopeful that the Russian troops will not attack the orphanage.

“I’ll be very straight with you if this isn’t handled,” he explained. “You’re going to have kids with starvation because over the course of the years we’ve been supplementing the food and other provisions.”

Meanwhile, Jewish orphans from the Ukraine city of Zhytomyr have escaped by bus to southwestern Ukraine with the hope of crossing the border into Romania and then heading to Israel. There are just under 100 children, ages four to 18, who are being cared for by Chabad’s Alumim orphanage.

“My rabbi called and told me that there was military activity just a few kilometers away, which is why we heard such a loud explosion. He said, ‘We’re not waiting. We’ll find the places [for you to flee to], you find the buses,’” said the orphanage’s Israel-born director Malka Bukiet. “We just took the children and, with three Chabad families, undertook the journey to a hotel in Boiany, which took 15 hours rather than the usual seven.”

At press time, according to The Times of Israel, they were staying in a hotel close to the Carpathian Mountains. They have enough food for 10 days. Bukiet said the children are all suffering from anxiety and other issues and she is in contact with psychologists and trying to keep all of the children as occupied as they can for their mental health. Many of these children are “social orphans” whose parents are alive but unable to care for them. Those children are worried about the family and friends left behind.

Natalie, 22, an adoptee from Ukraine now living in the United States, feels helpless. “I woke up this morning and was watching videos [of the invasion],” she told The Independent. “I’m heartbroken. I want to help. I just want to go over there and support friends and family, make sure they’re OK.”

Shannon Estes said her soon-to-be adopted son is “pretty rambunctious” and she hopes that means he isn’t “super fearful.” But they have heard that some of the orphanages are expected to lose power, making it even harder to provide food and safety for the children. Though she doesn’t know how her son is doing, she has hope. They are trying to stay in touch with him through an older adopted daughter of another host family, whom they believe to be in the same orphanage.

The Independent points out that in 2020, 211 Ukrainian children were adopted by US parents, making it the top country for US international adoptions according to the State Department. The year before, 298 Ukrainian children were adopted to the US. Many of the children have special needs and others are sibling groups. But for now, all adoptions have stopped.

“[Other families were just] weeks away from going to Ukraine to go get their child,” said Anthony Estes, “and they were pretty much told: ‘Everything is frozen right now’ — and they don’t know what to do.”