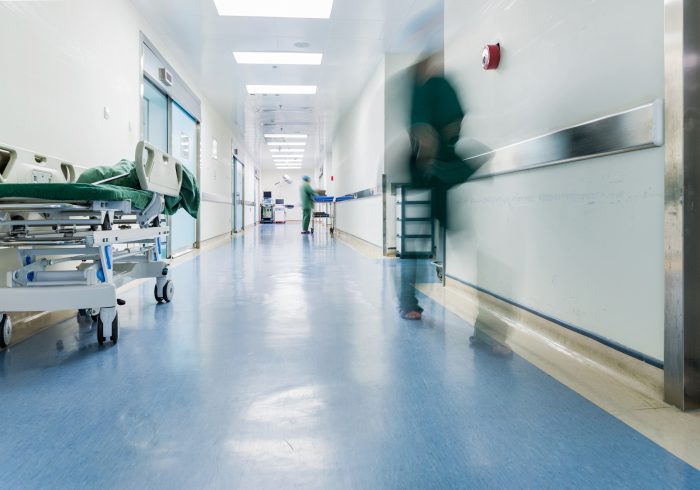 Too often, when people are in a persistent vegetative state, doctors recommend allowing them to die, typically by slowly starving them to death. The thought process is that if there is no higher brain function, then they will never recover — it’s kinder to just let them go. But a groundbreaking new case in France will hopefully change all of that.

Researchers were able to restore brain function in a man who had been in a vegetative state for 15 years in Lyons, France. The 35-year-old patient had been in a car accident, and a medical team from the Institut des Sciences Cognitives (ISC) Marc Jeannerod were able to publish a breakthrough study in the journal “Current Biology” after successfully using vagus nerve stimulation (VNS).

VNS is typically used to treat disorders such as epilepsy, by sending mild pulses of electrical energy to the brain via the vagus nerve, the longest cranial nerve. This nerve connects the brain to various parts of the body, and is essential to bodily functions such as maintaining alertness and walking. The team placed the vagus nerve stimulator on the patient’s chest, and after just one month, there was a marked improvement.

The man could now follow simple commands, had an improved attention span, and his ability to perceive “threats” was restored — he showed surprise when an examiner moved closer to his face, for example. Tests also showed improved brain activity, specifically in areas of the brain involved with movement, sensation, and awareness. A PET scan also found an increase in metabolic activity in the cortical and subcortical regions. The patient had therefore improved from being in a vegetative state to being considered “minimally conscious.” Previously, it was believed that someone who was in a vegetative state for longer than 12 months could not be helped.

The medical team is now planning a larger study to confirm their findings.

This research needs to continue, because there are sadly too many cases where doctors are quick to declare brain death, and then sentence people to a slow, cruel death. In recent years, there have been two such cases that caused controversy.

In 2013, 13-year-old Jahi McMath underwent throat surgery and suffered cardiac arrest. Her brain was deprived of oxygen, and doctors at Children’s Hospital Oakland declared her brain dead. They suggested removing all life-sustaining treatment, and allowing Jahi to die. Her mother refused, however, and kicked off a court battle to save her daughter’s life. Doctors argued that Jahi’s brain damage was irreversible and that keeping her alive would be a futile endeavor, as she would suffer as her body deteriorated. Jahi’s mother eventually won, though, and against doctors’ wishes, had Jahi moved to a hospital in New Jersey. She was then released to her mother’s care.

Four years later, Jahi’s body has not deteriorated. She complies with simple requests, albeit slowly, as is typical of brain-injured people. Dr. Alan Shewmon, professor emeritus in pediatrics and neurology at UCLA, has since testified that Jahi is not brain dead, but is severely neurologically disabled. Beyond her serious disability, Jahi is otherwise healthy.

Terri Schiavo, sadly, was not so fortunate. In 1990, Terri suffered from cardiac arrest of unknown cause. Initially, Terri’s husband worked together with her parents to seek rehabilitative care. But by 1998, her husband wanted to remove her feeding and hydration tubes and let her die; her parents disagreed and wanted to continue to care for her. This kicked off an ugly court battle that went on for years. Several judges agreed with Terri’s husband that she was in a persistent vegetative state and that her condition would not improve; Terri’s parents, meanwhile, released videos showing Terri smiling, including in response to greetings from her mother. However, after several years of political interference, Terri’s husband finally won. A judge ruled that Terri could slowly be starved and dehydrated. It was a slow, cruel, painful death that took nearly two weeks. In 2005, at the age of 41, Terri finally died.

It is especially unfathomable to kill people like Terri in such horrific ways, something that should never happen regardless of what kind of medical advancements may come about.

Could VNS treatment have improved Terri’s condition? Could it improve Jahi’s? That may not be clear. But what this research does show is that doctors should not view people in vegetative states as beyond help.