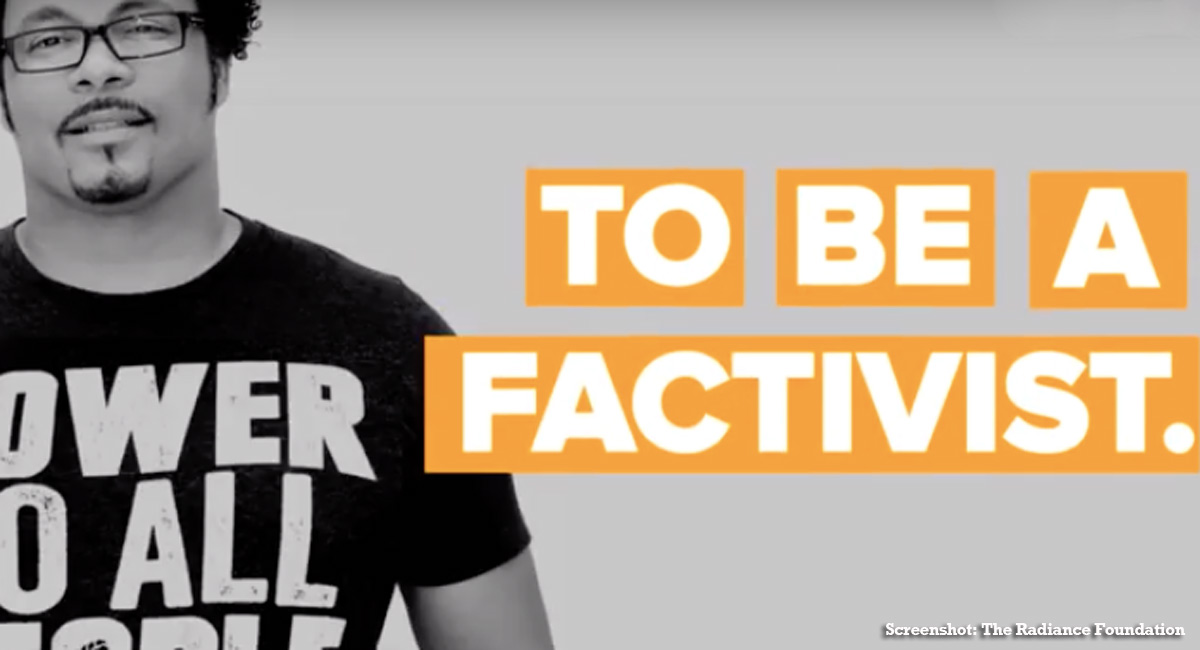 The Radiance Foundation — whose founder Ryan Bomberger frequently refers to himself as a “factivist” — is a pro-life organization that has published tweets about Planned Parenthood, the NAACP, and much more, frequently commenting on controversial social topics that aren’t necessarily considered “pro-life issues.’  And The Radiance Foundation has also become the latest in a long line of pro-life organizations to face suspension from Twitter.

The Radiance Foundation is just one of many recent pro-life users on Twitter to find their accounts disabled. In February, multiple pro-life accounts were locked for so-called “abusive behavior.” The accounts had merely cited details of the public information surrounding the case of David Daleiden and Sandra Merritt, the undercover journalists now facing charges for exposing Planned Parenthood’s habit of selling the body parts of babies they aborted.

“Twitter has suspended our Twitter.com/lifehaspurpose account for ‘hateful conduct’,” they wrote. “See if you can find the ‘hate’ in our tweet. We corrected Congresswoman Ilhan.omar’s callous & historically-challenged description of the slaughter of American lives on #Sept11. She described it as “some people did something.” This in light of ISIS–the Islamic State–now claiming responsibility for killing hundreds of Christians in terrorist attacks in Sri Lanka this weekend. So now, Twitter deems facts as ‘hateful’.”

Live Action likewise has faced discrimination and censorship on Twitter for years, refusing to allow Live Action to purchase ads, claiming that the site’s content “violated its sensitive advertising content policy, which prohibits ‘inflammatory or provocative content which is likely to evoke a strong negative reaction’….” The inflammatory content “include[d] pictures of children developing in the womb and even simple ultrasound images of babies — like the ones that expectant parents hang on their refrigerator doors….”

Twitter likewise would not allow Live Action to promote tweets unless the website was scrubbed of similar pro-life content and messaging. Meanwhile, Planned Parenthood and other pro-abortion organizations are able to freely promote tweets and purchase advertising.

Twitter continues to discriminate against pro-life users, while allowing pro-abortion content to flourish, and this kind of discriminatory behavior must come to a stop.