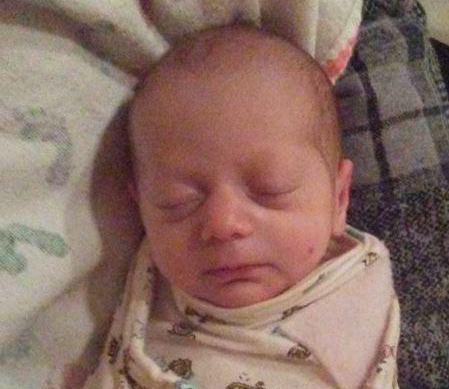 Filmmaker Bruce Marchiano always knew the arts had the power to change mindsets and even lives. The day he received a picture of a baby who would have been aborted if not for his film “Alison’s Choice” was the day that his knowledge became a powerful, personal reality.

Marchiano made “Alison’s Choice” with the goal of helping others choose life in the face of difficult or unpredictable circumstances. One of the greatest difficulties he encountered, however, was finding a way to distribute the film.

Probably the biggest wake-up call in the hunt for distribution was an email I received from an acclaimed distributor of Christian movies. […] After screening the film, he emailed me: “Very powerful film that is sure to touch many lives, but it’s not a good fit for us.”

Receiving these kind of responses was a wake-up call for Marchiano, who believed in the power of the film to save lives more than to make a big cash flow:

“You go ahead and put a price on a baby’s life but I’m certainly not going to,” he said.

Marchiano’s wife reminded him that babies were dying while they waited for the right distributor, so he released it straight to DVD. In doing so, he launched a campaign to provide a free copy of the film to every Pregnancy Resource Center in the nation. He also worked to help churches and organizations schedule movie theater screenings of Alison’s Choice, and that’s where the film gained ground—through grassroots galvanizing.

Recently, a Facebook message arrived in Marchiano’s inbox that changed everything. Writing in his ministry newsletter, he shared:

To quote my precious wife, Maria, as she ran out the door to me holding her phone up high with such a look of wonder in her eyes that I knew whatever it was it was big…”It happened! Praise Jesus! Praise Jesus!!!”

Marchiano shared more of the woman’s letter with Live Action News [names have been changed to protect the mother’s identity]:

I had an abortion in my past. I wanted to help her [the baby’s mother] avoid making the mistake I made 33 years ago. I heard about Alison’s Choice on Facebook and then ordered it online. This movie is a very powerful tool in saving unborn children’s lives. It needs to be seen by all young, unwed pregnant mothers.  Even though I was there for Amy, I believe it was your movie that saved her baby’s life.

Marchiano was elated. There on his screen was the face of a child who was born into the world because of his own labor of love. 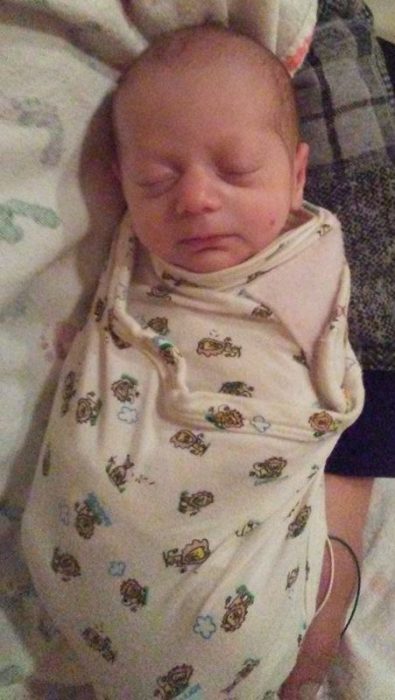 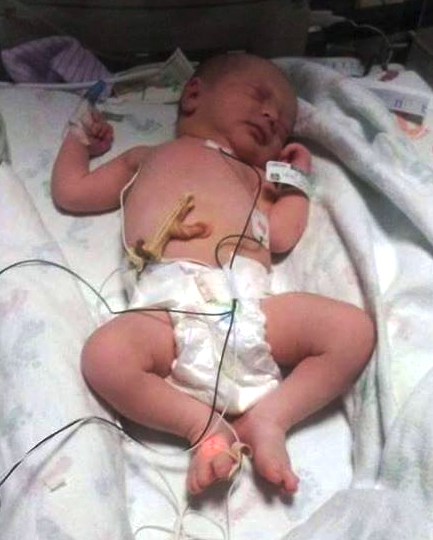 The story took on even more meaning as the Marchianos communicated with the woman who had reached out to them. She turned out to be the baby’s grandmother. Marchiano says:

The woman who is the hero of the story is the baby’s father’s mother. She’d had an abortion when she was young and determined to do all she could to stop her son’s girlfriend from making the same mistake. In fact, she’d vowed if she ever encountered a mother planning abortion she would do all she could to prevent her. Little did she realize that would mean the mother of her grandchild. She came alongside her with emotional and even financial support, and showed her to Alison’s Choice. The movie moved the mother, specifically The Janitor’s words of love and life. That combined with personal support to save this baby’s life.

The mother of the baby was in a tough place personally and had seemingly insurmountable pressure on her to abort. Her story was heartbreaking, and she originally felt trapped without options. Amy had decided to abort her child. But, the child’s grandmother and a special movie turned everything around. Amy had her baby, and despite some medical struggles, the baby is growing healthier — and growing up with a mom who saw a movie and realized the importance of the life inside her; a mom who realized just in time that her baby should live. And this, Marchiano says, is the whole point of the film:

This is why we made Alison’s Choice. This is what kept us going through so many challenges and roadblocks — the hope of a baby’s life rescued. And it beats all the awards and box office hoopla in the world. I always envisioned Alison’s Choice as a “tool” that caring folks would “take to the streets” to save lives. And that’s what happened here. One caring woman (who’d experienced the tragedy of abortion herself) met this young mom and said, “Let’s watch a movie together.” And a baby’s life was saved! May this precious little life be the first of many!”

Marchiano’s wife, Maria, who was also the executive producer of “Alison’s Choice,” added:

Alison’s Choice is a very loving, heartfelt film. I think this is why young moms and dads respond to it. They see themselves in the characters and the message of life is presented with care and understanding. I remember we had an opportunity for a theatrical release, but it would delay the film by two years. With thousands of babies’ lives being taken every day, we felt we couldn’t hold it back. Now I look at this beautiful baby’s picture and think of that critical decision. We’ve heard stories of pro-abortion-ers changing their minds, post-abortive women finding healing, etc. But Amy’s newborn baby tops them all!

One reason the film has been held in such high esteem even by film critics is its high production quality. One of the names behind that excellence is Scott Conrad, an Academy Award winning film editor with a host of well-known credits to his name. The man who edited “Rocky,” and dozens of other films was deeply touched to learn his work had helped save a baby. Conrad said, “When I heard the news, my eyes welled up. This is the hope I had while working on the film; so glad it’s making this kind of difference.”

The film’s star, Chanel Marriott, who played Alison, said, “I am so unbelievably honored to have played a role in making a difference and for the beautiful birth of this baby!” And her co-star Gregg Wayans, who plays D’Shawn, added, “This baby is incredible. I have no words. Of all the movies I’ve done, ‘Alison’s Choice’ means the most to me.” 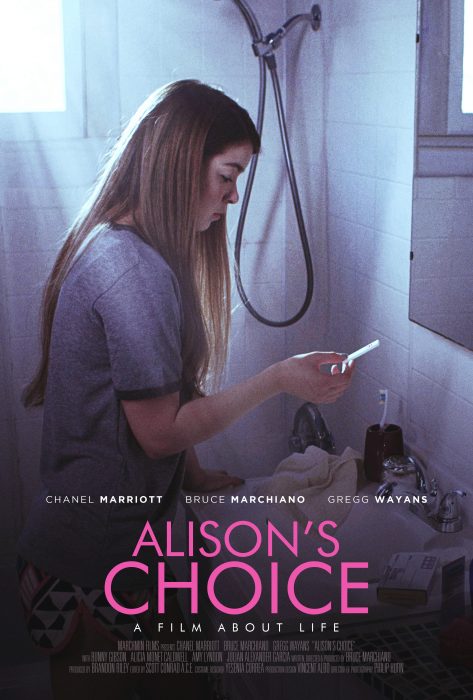 The power and magic of the entertainment industry goes beyond laughter and tears. Good films reach into hearts and have the power to effect change. And Marchiano, who took a chance, raised donations, and prioritized saving lives over making money, now looks in the mirror each day knowing that Amy’s baby exists because he made a film about life.

Alison’s Choice is available on DVD here, and Marchiano continues to have a hands-on role in helping people produce private screenings. His company can be contacted via the website’s contact page.