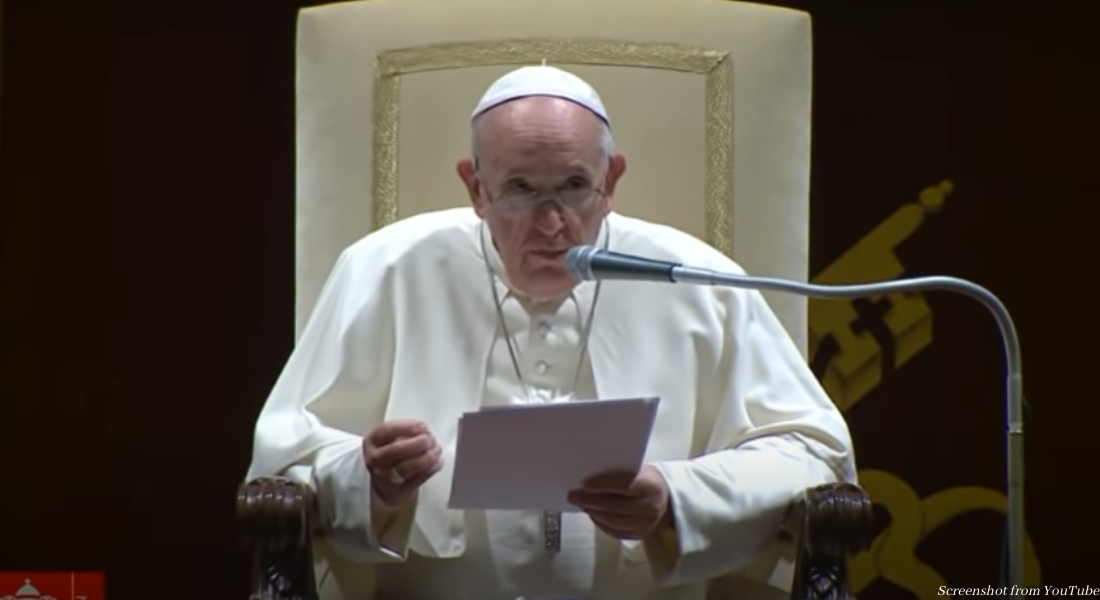 For the second time in a month, Pope Francis has strongly decried abortion, as well as euthanasia. Monday, the Plenary Assembly of the Pontifical Academy for Life received a papal address during a discussion of “Public Health in Global Perspective.” During his address, Pope Francis said the international community should to continue addressing inequalities in issues like health care and living conditions, but without approving abortion and euthanasia.

“I would like to mention that we are victims of a throwaway culture,” he began on the issue, adding, “there is the waste of children that we do not want to accept, with that abortion law that sends them to the sender and kills them directly. And today this has become a ‘normal’ way, a habit that is very ugly, it is really a murder, and to understand it well perhaps it helps us to ask a double question: is it right to eliminate, to take out a human life to solve a problem? Is it okay to hire a hitman to solve a problem? This is abortion.”

But Pope Francis also turned his attention to the plight of the elderly, which have increasingly come under attack in countries where euthanasia has been legalized.

READ: Pelosi’s archbishop: Women’s Health Protection Act is a bill you’d ‘expect from a Satanist, not a Catholic’

“Then, on the other hand, the elderly: the elderly who are also a bit ‘waste material,’ because they are not needed,” he said. “But they are wisdom, they are the wisdom roots of our civilization, and this civilization discards them! Yes, in many parts there is also the law of ‘hidden’ euthanasia, as I call it: it is the one that makes people say: ‘medicines are expensive, only half is given;’ and this means shortening the life of the elderly.”

Pope Francis drew parallels between each act of taking life. “With this we deny hope: the hope of the children who bring us the life that keeps us going, and the hope that is in the roots that the elderly give us,” he said. “We discard both. And then, that everyday waste, that life is discarded. Let’s be careful with this culture of waste: it is not a problem of one law or another, it is a problem of waste. And on this point [in this direction] you academics, Catholic universities and even Catholic hospitals cannot afford to go. This is a road on which we cannot go: the road of waste. And this means shortening the life of the elderly.”

Pope Francis has often spoken out strongly against abortion and assisted suicide. He has previously used the “hit man” analogy, compared eugenic abortions to Nazis, said no human being can be incompatible with life, and referred to abortion as homicide. But he has also gone further, personally intervening to help persuade desperate people not to choose abortion or assisted suicide.